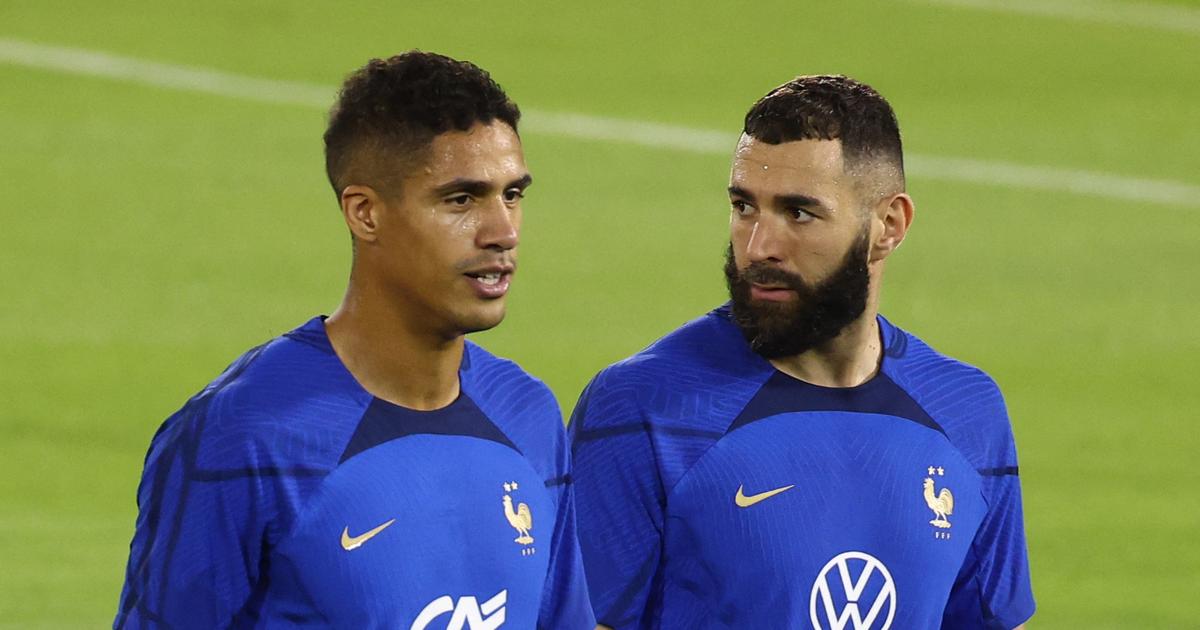 The France team trained behind closed doors this Friday in Doha. Still without two of its executives.

The pressure is mounting for the France team four days before their entry into the running against Australia at the World Cup (8 p.m., TF1). For the first time since their arrival in Doha on Wednesday evening, the defending champions trained out of sight in their Jassim Bin Hamad stadium at 7 p.m. (2 hours less in France), after dark and the (slightly) cooler heat (28 degrees).

Inevitably, all the questions were turned towards the state of health of Raphaël Varane and Karim Benzema, spared since the start of the preparation started Monday at Clairefontaine and who did not do the collective session Thursday evening at the same place, but this time in public.

Really not reassuring 4 days before the start of the Blues

Read also“We will have to discuss it”: Rabiot’s evasive answers on his positioning on D-4 from France-Australia

And after a new training, the doubts remain numerous because the two former friends of Real Madrid sweated on the sidelines of their partners after starting the warm-up with them according to L’Equipe.

Four days before the start, it is difficult in these conditions to imagine them starting against Denmark. The opposite would be surprising even if there are still three training sessions. But what about the risk involved? And the message sent to the rest of the group, which began preparation since Monday at Clairefontaine? If the speech of the staff remains optimistic, difficult not to ask questions. What Didier Deschamps feared, namely a polarized attention on elements in the recovery phase, is happening.

During the rest of the training, Didier Deschamps tested an attacking four-man formula. An attack line made up of Dembélé, Griezmann and Mbappé-Giroud in front. In the middle, Rabiot formed a pair with Tchouameni. In defense, the Upamecano-Konaté duo was aligned due in particular to the absence of Varane. Any idea of ​​the expected starting XI against Australia on Tuesday? New element of response this Saturday with training scheduled for the end of the day in Doha.

Since 1930, all the courses of the Blues at the World Cups?