An NFL player denounces the league, two rival teams and TV for this action 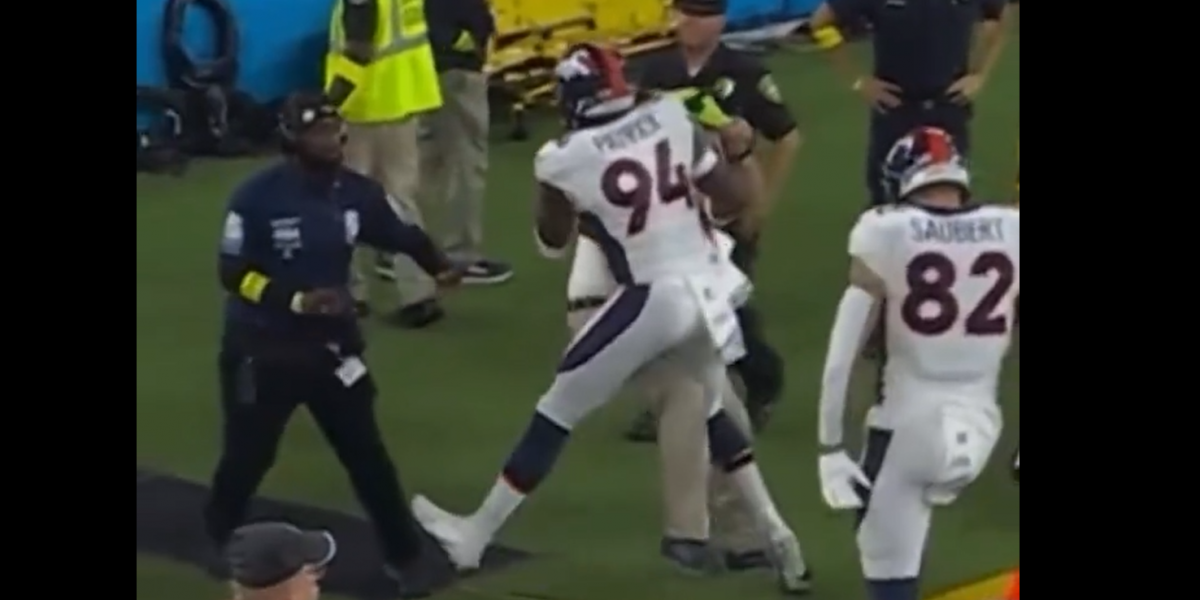 Aaron Patrick, against everyone. Denver Broncos linebacker has decided to sue the NFL, the Chargers and Rams franchises (both from Los Angeles) and the television network ESPN for alleged negligence that caused the rupture of the anterior cruciate ligament of the knee that he suffered during a game against the Chargers on October 17.

Patrick defended a return to the stadium of the Los Angeles team and he left the limits of the field of play, with the bad luck that he stepped on a carpet that was covering the television cables and those of the league’s replay monitor, all while trying to avoid colliding with an NFL employee working in the area.

Result of the action? His knee went completely bent after his foot made contact with the carpet.causing the very serious injury that ended his season.

In the lawsuit, his lawyer says that “the defendants were negligent in their operations of SOFI STADIUM by allowing a dangerous condition to exist by having three mats placed near the touchline to cover the wires leading to the NFL’s replay monitor feed,” whom he accused of taking stadium security measures seriously.

“Player safety should be top of mind for the NFL and its owners.. The NFL is a multi-billion dollar sports company and business, and they have to do everything they can to protect their players from injuries from non-contact games.”

“Regarding Patrick’s injuries, Sofi Stadium was built at an expense of $5,000,000,000; the stadium should have the most modern equipment to protect player safety, and not use the kind of $100 rugs you’d expect to see in a restaurant kitchen.”

Patrick, 25, was on a one-year, $660,000 contract for this season and apparently missed out on the bonus clauses of the deal.

The end seems near: immature Red Devils are already flirting with an exit after a painful loss against Morocco | Red Devils

NBA: A great LeBron James carries the Lakers on the Spurs field