A barbecue in the shape of a football! 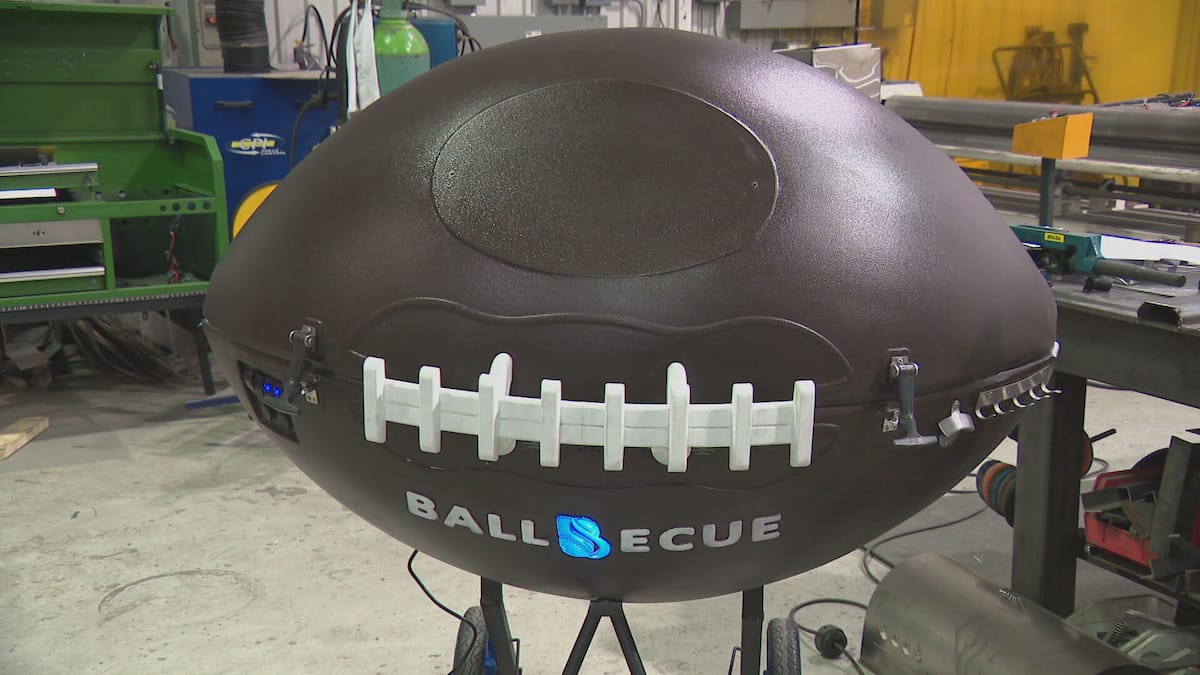 An entrepreneur from Magog, in the Eastern Townships, will soon launch his barbecue in the shape of a football, a new invention that will delight lovers of this sport.

American football fans are served Thursday with the NFL’s triple program for the traditional American Thanksgiving, but they may be able to prepare their skewers and chicken wings at a barbecue with their team logo from the start of next season. favourite.

The Magog-based Barbec company wants to tackle the American market for pre-game gatherings, known as “tailgates”.

The barbecue is a ball seen from the outside, but everything has been thought out for amateurs. The interior also recalls the shape of a football field.

“The goals can be rotated to make rotisserie,” explained the founding president of Barbec, Stephan Genest.

In addition to the NFL market, Barbec will also target the NCAA college football market.

Fans will also be able to get their own Ballbecues via a website starting in January for around $3,000. The first models are expected to be delivered at the kickoff of the NFL’s 104th season.