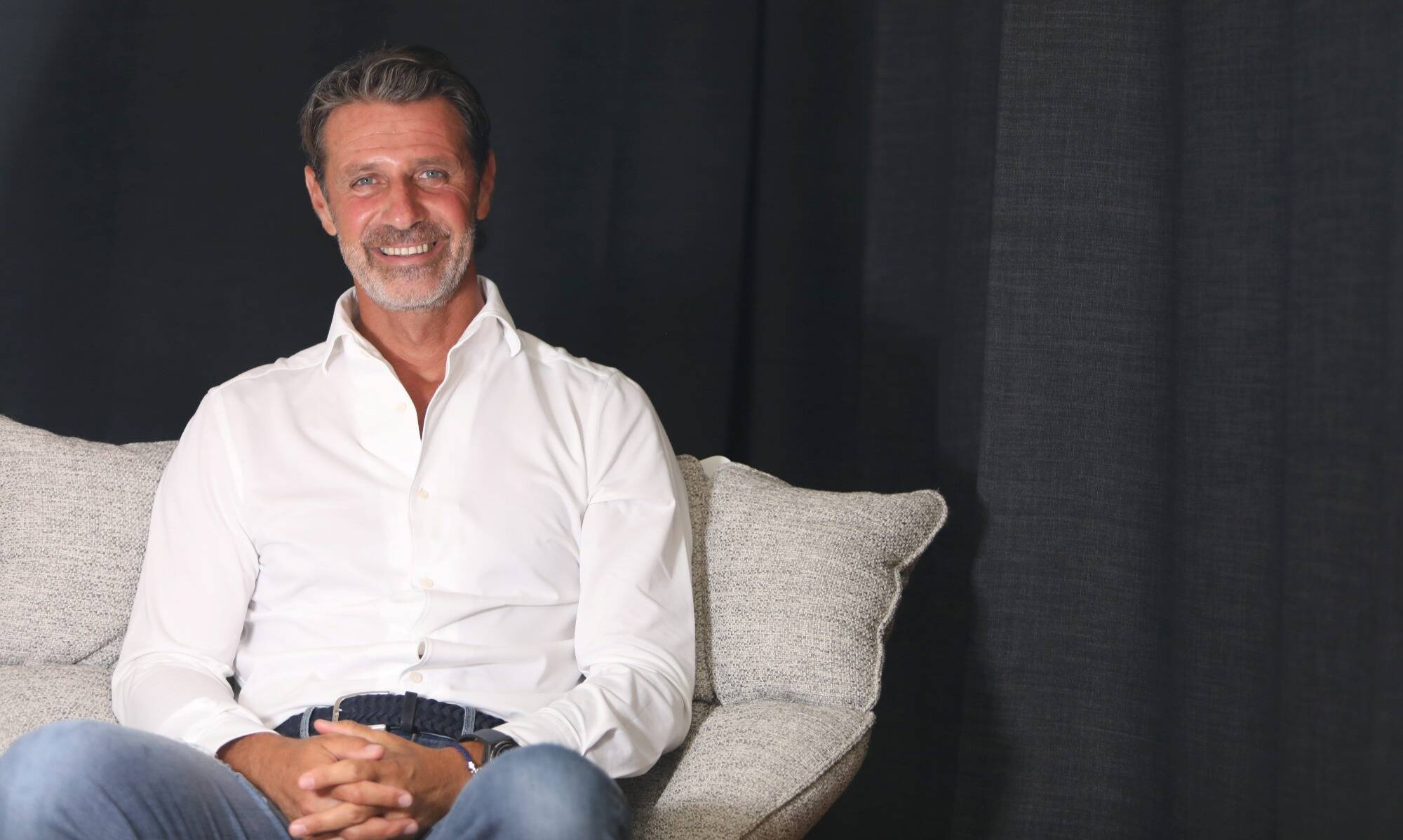 Patriiiiick!!! Each of his trips within his own Tennis Academy is a small riot. The coach. The star. Selfie here, photo there. Always with a smile, the handshake or the hug that goes well. Patrick Mouratoglou is a very popular personality in the tennis world and for good reason. Former coach of Serena Williams, today of Simona Halep, mentor of Stéfanos Tsitsipás, he relocated in 2016, his tennis school from Paris to Sophia Antipolis and created a real wonderful world, especially thoughtful, around the yellow ball. A “tennis-study” program where 238 students of 46 different nationalities return this year, surrounded by 35 coaches (about fifty in summer with the courses offered). 34 tennis courts, 3 fitness areas, 4 swimming pools including the emblematic one in the shape of a tennis racket, a top-of-the-range resort, a medical-sports center and a country club with more than 2,000 members. An investment of nearly 80 million euros in 2016, 200 employees, and 20 million euros in turnover in 2021, there is no denying, with the largest Tennis Academy in Europe, the objective that he had settled down younger, Patrick Mouratoglou does the job for this sport. Even more, he is in the process of creating his own tennis league, UTS for Ultimate Tennis Showdown. He shows us his game.

New league, new rules. You are reinventing tennis. But why?

Nobody looks at tennis the way they used to. The average age of fans is 61 and the games are long and the rules complicated. Not to reinvent yourself is to put yourself in danger. No sports format has undergone any modification even though usage has changed. We need to recruit new young fans. Our format is shorter, more dynamic [lire par ailleurs]already tested and adopted by players and fans [4 événements ont déjà eu lieu en mode UTS en 2021] and the data are positive. We already have more than 2 million fans, young people, 50% of whom did not watch tennis before. The lights are green; funds had to be raised to structure the league and recruit.

The fundraising of 50 million euros is in the closing phase, who are you embarking on the adventure?

SoftBank, Nicolas Julia, founder and CEO of Sorare, Sachin Dev Duggal, founder and CEO of Builder.ai. Beyond revolutionizing the format, this league will be anchored in tech, for maximum interaction with fans. Everything that tennis does not offer today, finally.

Does this go hand in hand with the NFTs launched in March 2022?

We wanted to create a club. Our 500 cards have been sold and we are giving these NFT owners experiences that no one has access to. The Academy gala, the festival with Les Jackson’s, in Simona Halep’s box at Wimbledon… They don’t buy to speculate but to be part of a community.

Yes. We’ll talk about that later.

Absolutely. We have partnered with very high-end resorts for which we offer tennis lessons, with coaches trained and validated by us. In Dubai, Greece. They invest in infrastructure, we arrive with our brand, our know-how. Their turnover has increased by 30% since we have been there. In Malaysia, we teamed up with a very reputable school to open a Tennis Academy. It works very well.

What makes you get up in the morning ?

My children (smiles). I am always motivated. I am aware of the transience of life. I want to finish it one day feeling like I did a thousand times more than I would have liked to do. For the moment, it is the case but it does not mean that I am satisfied. On the contrary. Our life is our masterpiece. It’s up to us to design it, armed with self-confidence, the supreme tool that allows us to achieve the goals we set for ourselves, even the craziest ones. [CQFD]