Who Has The Highest Average Points Earned Per Game Over The Last 30 Years? | ATP Tours 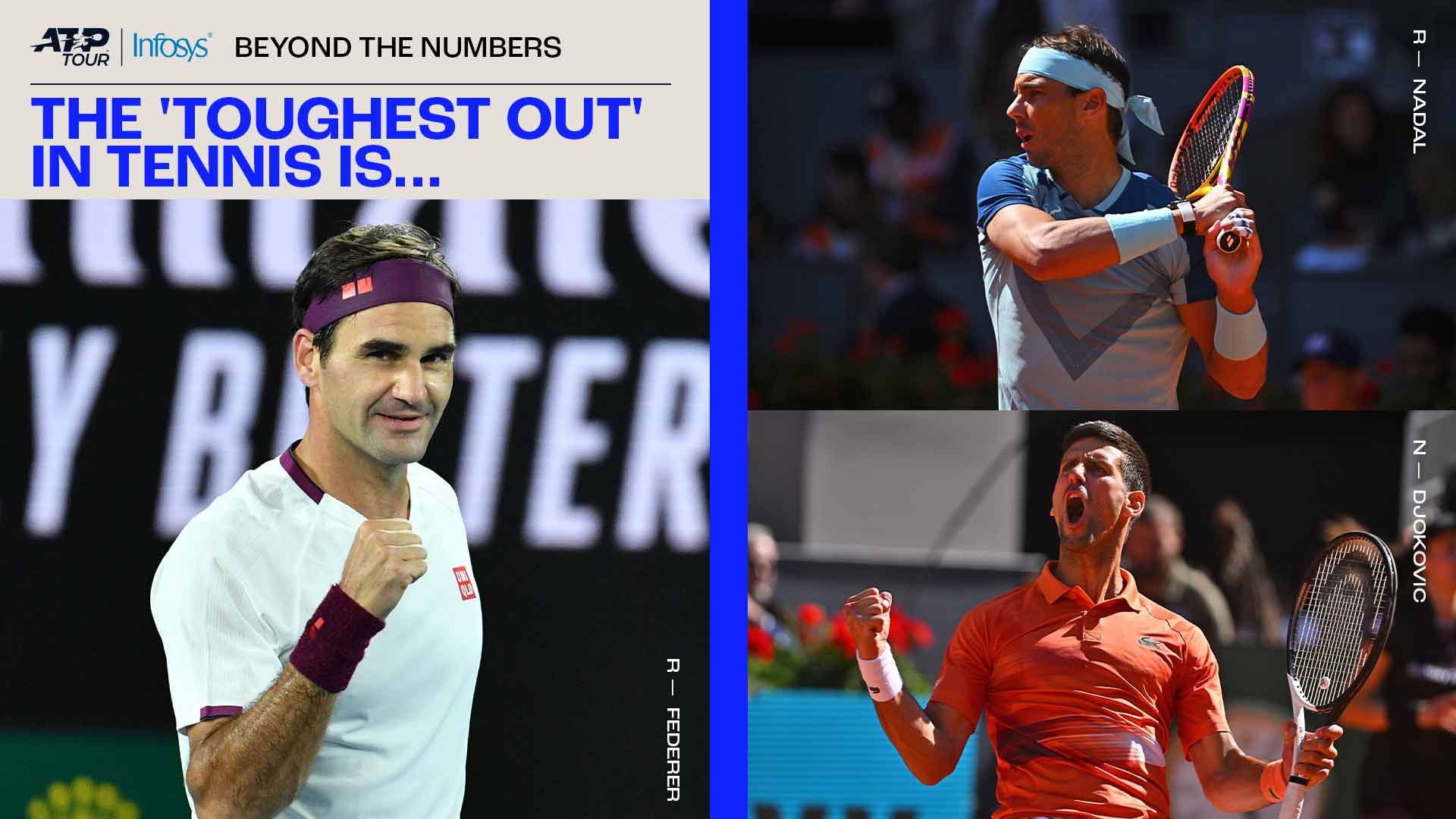 An Infosys ATP Beyond The Numbers analysis identifies that match winners earn an average of 55 percent of the points in a match, while losers still amass a healthy 45 percent of total points played. The data set includes 464 players who have competed in 100 or more career matches since the 1991 season when official match statistics were first recorded.

Looking only at match winners, Rafael Nadal sits at the top of the tree as the most dominant player in our sport over the last 30 years. When Nadal wins his matches, he consistently creates a larger margin of victory than any other player. The three leading players with the highest percentage of points earned by winning matches are below.

It’s fascinating to see the “Big Three” clustered at the top of the leaderboard, all within one percentage point of each other.

When you look at the other side of the coin at match losers, the player who is essentially the “hardest to take out” in our sport is Federer. In a losing effort, he has consistently earned more points than anyone else on the Tour.

Federer leads this list beating two big servers in Richard Krajicek and Milos Raonic who are tied for second place. One assumption that can be made is that being a great server helps you keep games closer than being a strong receiver. That theory is supported when you look at other big servers like Todd Martin (47.19%), Pete Sampras (47.15%), Ivo Karlovic (47.06%), Andy Roddick (46.91%), Stefanos Tsitsipas ( 46.88%) and Greg Rusedski (46.85%) among the top 10 players in this category.

Second serve analysis
Australian southpaw Wayne Arthurs leads this table of match winners, winning a hefty 60.45 per cent, while the rest of the players in the dataset averaged 55.12 per cent of their second serves. When matches were lost, only John Isner (50.95%) and Arthurs (50.57%) managed to break the threshold of 50 per cent of second serve points won.

Summary
Losing in tennis can be disappointing and discouraging. Quite often, players struggle to even identify where things went off the rails or what part of their game went haywire to contribute to the loss. But the truth and inspiration can be found in match analysis, which shows how far you really are from your opponent.

A good way to think about winning and losing in tennis is that every player who takes the court will win at least 45 percent of all points.

The real battle centers on the remaining 10 percent.