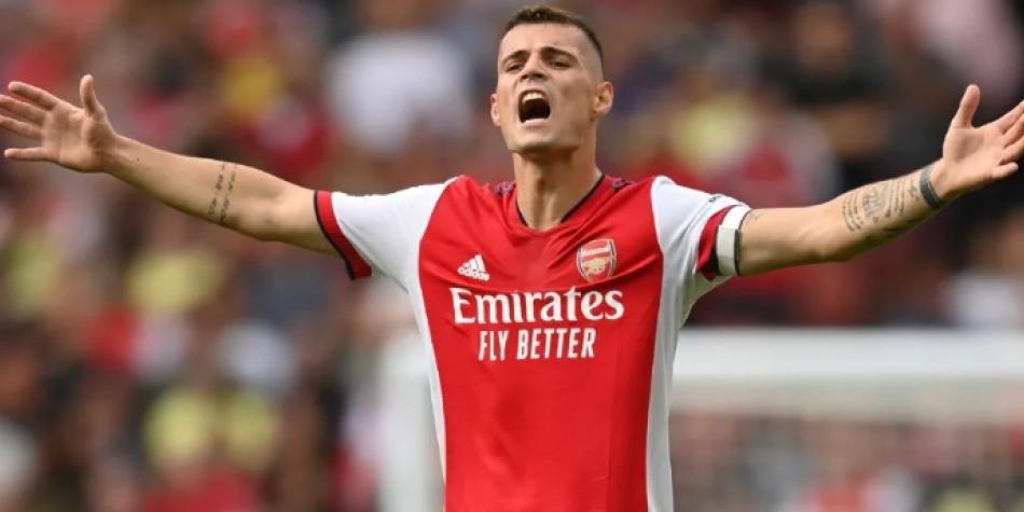 The Premier League has begun and aside from the expectation generated by the new names in the English league, an investigation has also begun that compromises one of the stars of the competition. The National Crime Agency in England is investigating Arsenal’s Swiss midfielder Granit Xhaka over a shady affair that took place last week. last season during Leeds-Arsenal (1-4) from last campaign. Xhaka took too long to draw a free kick in the final moments of the match, with the result decided, and was booked.

According to the Daily Mail, law enforcement officials “are analyzing an alleged conspiracy involving the Albanian mafia and a former professional footballer who has been convicted of match-fixing.” Some 52,000 pounds (more than 60,000 euros) were bet in that match that the Arsenal midfielder would be booked in the last ten minutes, as it happened.

The British NCA is investigating this action by Granit Xhaka during last season’s Leeds 1 – Arsenal 4, and that it may involve the Albanian Mafia. Bets of 52,000 pounds that Xhaka would end up being booked in the last 10 minutes of the match are being investigated. pic.twitter.com/zNTHJukdmU

The user of the bookmaker booked 250,000 pounds (almost 300,000 euros), generating profits that have set off alarm bells in English football and in bookmakers as it is such an unusual amount.

According to the Daily Mail version, “Investigators from the National Crime Agency are studying an alleged criminal conspiracy. NCA investigators have uncovered evidence that significant sums of cryptocurrency have been wagered on markets that are not regulated in this country, with much of the activity understood to have taken place in Albania.”

One of the suspects, according to the newspaper, is the former Swedish soccer player of Albanian origin Alban Jasufi, who played most of his life in Sweden in second-tier teams. Jasufi is one of the main suspects, as he was the one who bet the most on Xhaka’s reprimand.

Jasufi already has a fraudulent history. In 2017 the player was suspended for four years after being accused of bribing the goalkeeper of Sweden’s AIK so that he would play poorly in a match against IFK Gothenburg. On that occasion Alban would have disbursed 200,000 euros in the bribery of the goalkeeper.