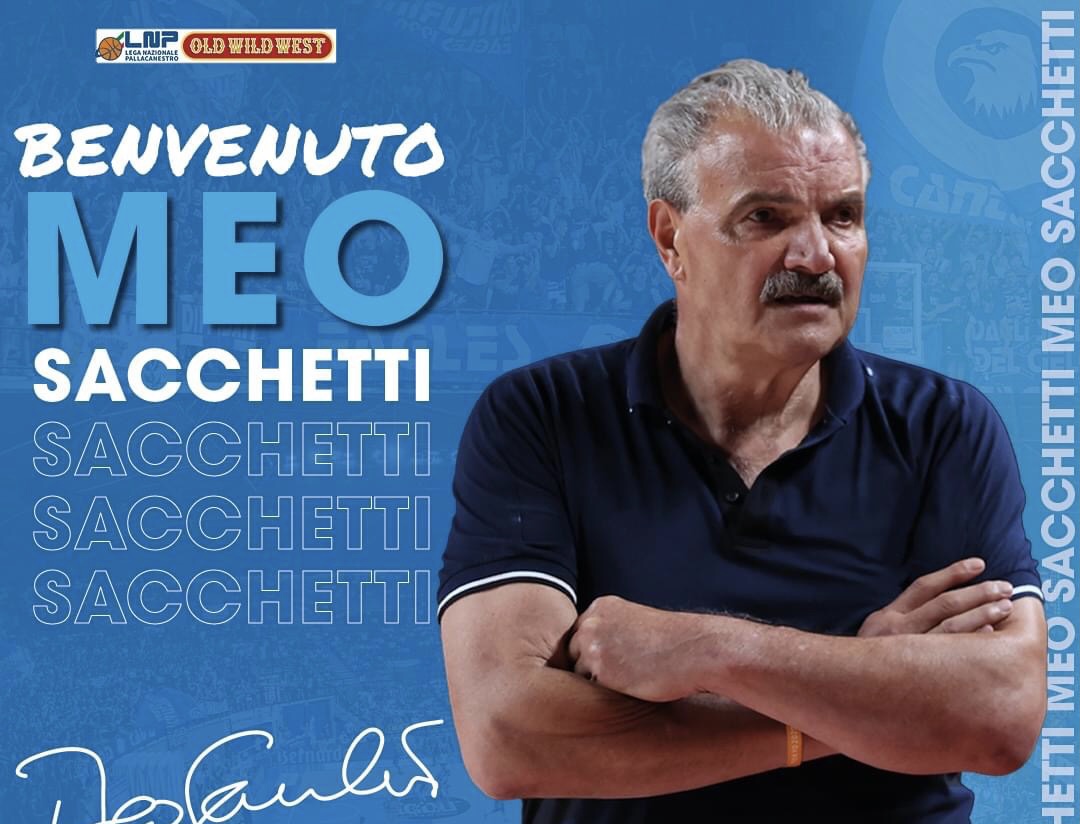 After the farewell to Sodini, Pallacanestro Cantù announces the hiring, for the next two sports seasons, of coach Romeo Sacchetti; the former coach of the Italian national team signed an agreement until June 2024.

Sacchetti has returned from a five-year experience with Italbasket, from 2017 to 2022, a period in which he led the Azzurri at the 2019 World Cup in China and at the Tokyo Olympic Games held in 2021; not before, however, having managed to snatch a splendid qualification at the home of the most popular Serbia. With him on the bench, the senior national team returned to play a World Cup and an Olympics, respectively after 13 and 17 years from previous appearances.
At club level he has won a Scudetto, an Italian Super Cup, the Italian Cup 3 times and obtained a promotion from A2 to A. As for individual awards, he was twice elected “Best Coach of the Year” of the Serie A championship. .
As a player, he won a silver medal at the 1980 Moscow Olympics and a historic gold medal at the 1983 Nantes European Championships, as well as a silver medal at the Mediterranean Games in the same year and a bronze medal at the 1985 European Championships. In 2016 entered the Italy Basket Hall of Fame.
CAREER – Born in Altamura, in the province of Bari, on 20 August 1953, Romeo Sacchetti began his career as a coach in Turin in 1993, first as a deputy, then as head coach. In 1998 he moved to Asti, militancy followed by that of Bergamo, which precedes the three-year period in Castelletto Ticino, where, together with his son Brian, he led the team to a historic promotion in the then Legadue. Fabriano and Castelletto Ticino again the following stages, up to the first experience in Serie A, at the helm of Orlandina Basket. In Sicily he obtained an amazing sixth place, dragging the paladin team for the first time to the playoffs and to the Final Eight of the Italian Cup. Having written the story of Capo d’Orlando, he decides to move to Udine the following year, 2008-’09 season. From 2009 to 2015 it becomes the authentic flag and icon of Dinamo Sassari, which leads, for the first time in its history, to the top national championship. In Sardinia he won the Italian Cup twice and in 2014-’15 he won a historic “Triplete” (Scudetto, Coppa Italia and Supercoppa), a feat previously only achieved in Siena and Treviso. In the same year he leads Dinamo to debut in the Euroleague. The most recent experiences at club level, on the other hand, date back to Brindisi (2016-’17), Cremona (2017-’20) and Fortitudo Bologna (2020-’21). On the Vanoli bench, Sacchetti adds to his rich personal showcase the third Italian Cup in his career, won in 2019; at the end of that year he was elected “Coach of the Year”, repeating the 2012 award obtained at the time of Sassari.