Gabriel Attal recognizes a result “far” from the hopes of Ensemble 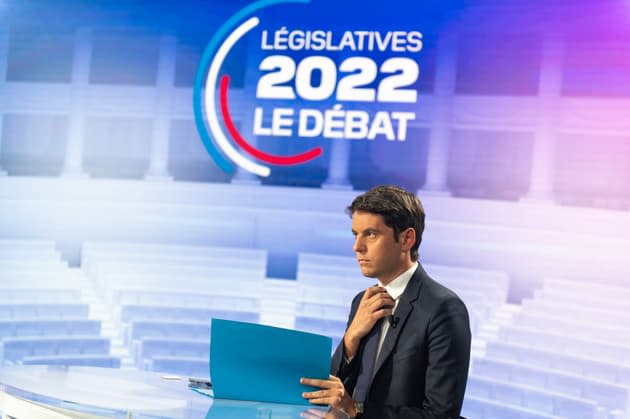 Disappointed hopes. The presidential coalition Together does not obtain the expected 289 seats to reach an absolute majority in the National Assembly, but between 205 and 235 elected deputies, according to the projection made by Elabe for BFMTV-RMC and L’Express with SFR.

“It’s far from what we hoped (…) Obviously the French did not give us an absolute majority, without having given one to another political formation”, he reacted.

“What is emerging is a fairly unprecedented situation in political and parliamentary life, which will require us to overcome our certainties and our divisions and find the stability necessary to act,” he added.

The executive will now have to deal with a broad opposition led by Nupes, the New Popular Ecological and Social Union, which obtains 170 to 190 deputies. Then comes the party of Marine Le Pen which achieves a historic breakthrough with 75 to 95 deputies and Les Républicains which wins 60 to 75 representatives.