Baker Mayfield gets the green light 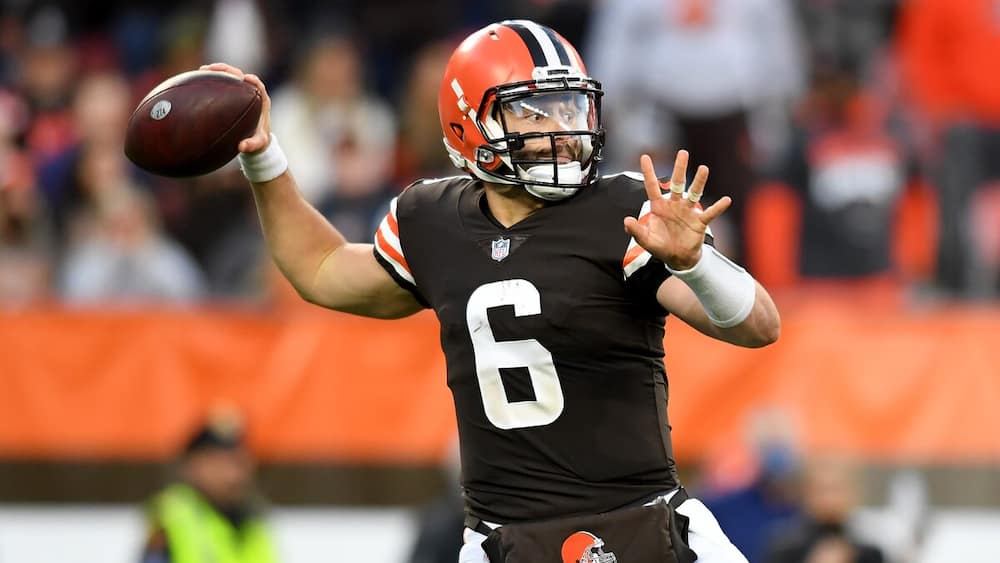 That’s what the NFL Network learned on Friday.

The 26-year-old pivot still suffers from a fractured humerus, in addition to a tear in the labrum in his left shoulder. Since this is not the arm he throws with, his club’s medical team deemed him capable of playing. However, he will have to undergo the operation once the season is over.

Mayfield missed his last game, a 17-14 victory over the Denver Broncos. In his absence, Case Keenum made 21 of his 33 attempted passes for 199 yards and a touchdown.

Bad news for the Packers

Furthermore, 24-21 victory over the Arizona Cardinals was not obtained without damage for the Green Bay Packers.

On Friday, the day after the win, the Wisconsin organization announced that tight end Robert Tonyan’s season was over.

The 27-year-old suffered a tear to the anterior cruciate ligament in one of his knees after catching a pass from Aaron Rodgers. Attempting to avoid an opponent, he made a quick change of direction, lost his footing and immediately grabbed the knee when it hit the ground.

Tonyan made a name for himself with the Packers in 2020, catching 52 of 59 passes sent in his direction for gains of 586 yards and 11 touchdowns. This year, he put his hands on 18 balls for 204 yards and two majors.

The Green Bay club will resume action on Sunday, November 7, when they visit the Chiefs in Kansas City.

Inspired by the Day of the Dead, Nike launches tennis collection

Who should be the first pick, Holmgren or...

Packers dominate Rams and go to bye with...

Dak Prescott has not played at his best,...

The 49ers will not have Deebo Samuel and...

The NFL Power Rankings, at the end of...

Taysom Hill is shaping up to start the...

Tyreek Hill insists on a race against Usain...