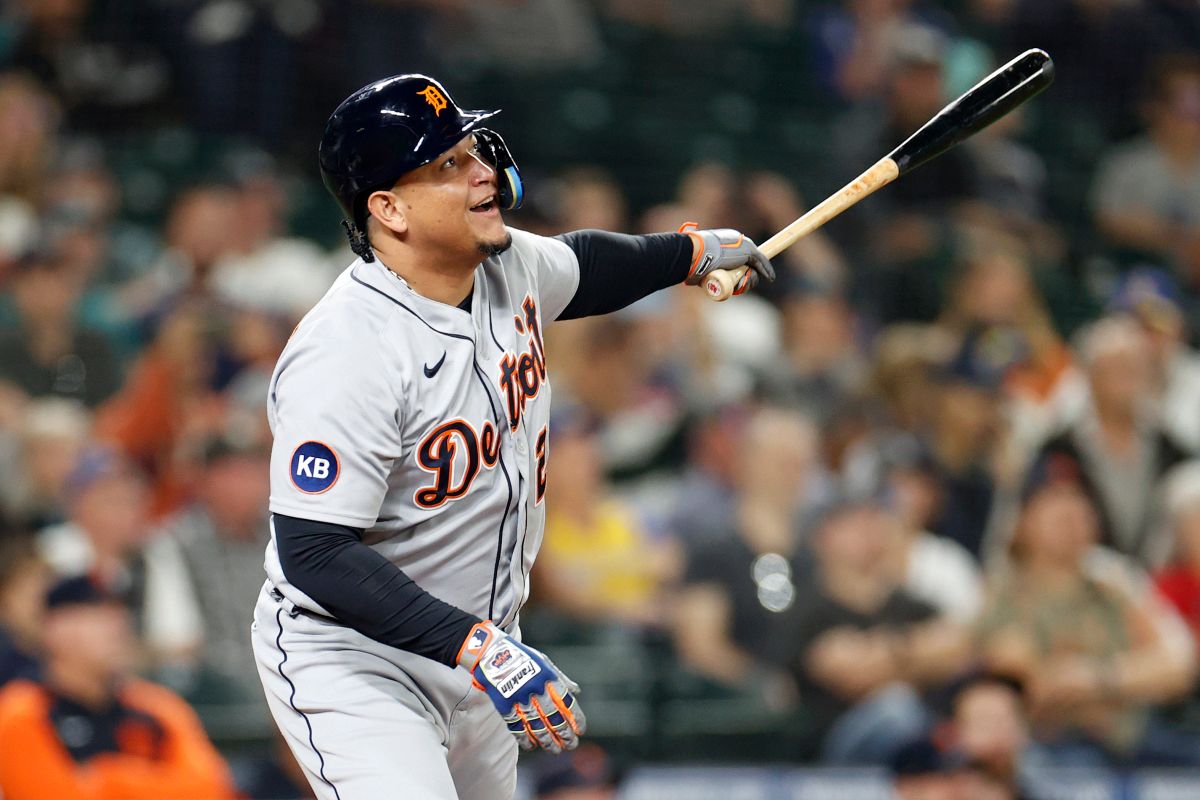 The Detroit Tigers will enjoy this 2023 the last season of the Venezuelan big leaguer Miguel Cabrera in the MLB, marking the end of one of the most important players of recent times and who will possibly have a secure place in the Cooperstown Hall of Fame for the great achievements he made on the diamond.

Cabrera had a great season in 2022 by reaching several marks that extend his legacy such as 600 doubles and 3,000 hits; in that campaign he left an average of .254 with 101 hits, five home runs and 43 RBIs, which inspired him to continue for another year in the Big Top.

Despite his good performance, like a legend, the projections stipulate that Cabrera will be able to perform better in 2023, further expanding his numbers and even climbing positions in the historical ranks of the Major Leagues.

According to projections from Baseball Reference and Fangraphs, “Miggy” will leave numbers much higher in his retirement year than those shown in 2022 for a better state of health and thanks to the improvement that he has been applying to his swing since last year.

Baseball Reference revealed that Cabrera will finish with 11 home runs this season, six more than during 2022 when it reached only five. In addition, they calculated that he will get a total of 104 hits, 55 RBIs and a .657 OPS in all his at-bats.

For its part, Fangraphs was not so positive with the Venezuelan’s performance, determining that he will play 36 fewer games and that despite surpassing his home run record, he will not reach more than eight throughout the year.

If Miguel achieved these numbers, he would show that age does not matter and that he can improve his numbers, showing that he has everything to enter the Hall of Fame. If he gets the numbers from the projections, he could climb positions in some areas such as hits (to 16th place), home runs (to 23rd place) and trailers (to 13th place).

Related content
–Aaron Judge humiliated? Projections place Julio Rodríguez in the fight for the MVP of the American League
– Victim of criticism? Yuli Gurriel tells everything he suffered for being the “Prince of Baseball” in Cuba
–Fernando Tatis Jr. would already be authorized to return to baseball activities with the San Diego Padres