Why are some footballers playing with torn socks in the World Cup?

It has become common during the first date of the group stage of the World Cup in Qatar 2022, for footballers from different teams in the world to be playing the matches with their socks torn. On some occasions the holes are small, in other cases it seems that the socks have been torn as a result of the game and the clash between players.

But keeping in mind that the stockings belong to the best sports brands in the world, they should not have to break, which is why many have wondered why this curious situation that has been seen for the first time in the history of socks is due. world.

Given this curious way of looking at the official uniforms of the participating teams in the World Cup, in recent hours it has become known that the reason for wearing torn socks is medical. Therefore, it has been concluded that this favors the performance of soccer players during matches.

This was explained in the British media HuffPost, where it was confirmed that initially the socks squeeze the legs of the players, especially when they are new and without stretching. So it is something that usually bothers professional footballers, who can even suffer severe cramps as a result of having their calves put so much pressure on them.

For this reason, it would be the players themselves who would make the holes in the socks, once they receive the official kit of their selection. This makes them feel much lighter, with lighter legs, and also prevents injuries that could affect them and take them out of such important games as the World Cup.

Although many fans have taken this as just another trend among young soccer players these days, official information has indicated that medical issues are what motivate socks to have several holes along the calf. And thus, feel much more comfortable on the court to get the best of themselves during the games.

Fifa’s choice of Qatar to host the 2022 Men’s World Cup has been controversial since day one. Questions continue to be raised about the nation’s attitude on human rights and its treatment of immigrant workers.

For some, the entire event exemplifies the concept of sportwashing or sports image laundering, that is, the use of sport as a soft power tool to clean up (and distract from) a cloudy political or humanitarian reputation. And as a public relations exercise, the men’s World Cup is big business. The last one, hosted by another controversial host nation, Russia, drew 3.5 billion viewers worldwide.

The use of sport as a means to improve perceptions is not a new phenomenon. Branding through sport has long been high on the agenda of many of the world’s best-known companies.

This is partly because the sport is capable of evoking powerful emotions in fans. Fans often create strong ties to teams and athletes, and companies (as title sponsors) and countries (as event hosts) can use those ties to great effect to enhance their public image and popularity.

And, of course, not only football is susceptible to being accused of sports laundering. Recently, the hosting of big boxing events in Saudi Arabia and the 2022 Winter Olympics in Beijing were criticized. Meanwhile, British Cycling was accused of greenwashing or green image wash – similar to sports wash, but with a particular focus on the environment – ​​after announcing a new sponsorship deal with Shell.

But while critics oppose the tactic of using sporting events to try to alter public perception, what do the fans themselves think? Do they really care about the accusations of sports and eco-washing? 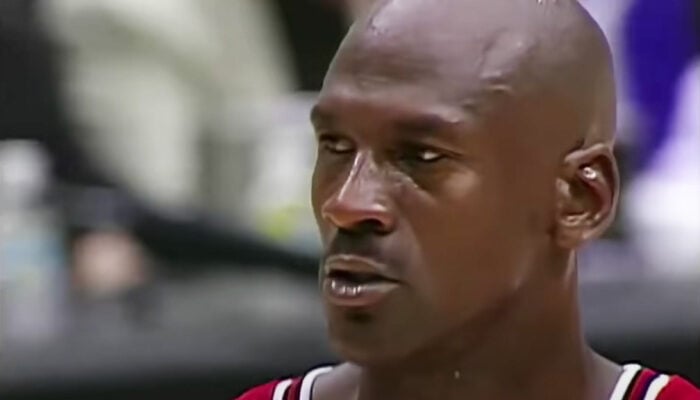 ” Him ? I was hitting him at the start of every game, Michael Jordan never understood”