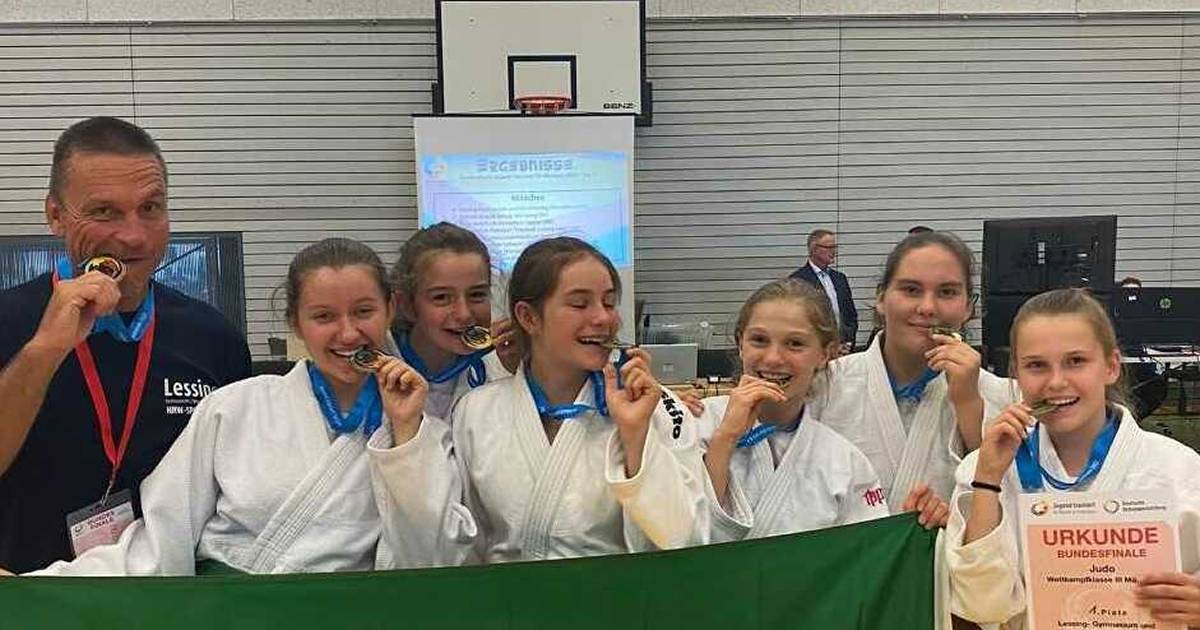 Düsseldorf The judo girls of the sports high school in Oberbilk win in the final against a school from Bavaria. The cooperation with the Judo Club 71 Düsseldorf has more than paid off.

After a three-year break due to the pandemic, the national final of “Jugend trains”, the largest school sports competition in the world, was finally able to take place again this year. The Lessing grammar school and vocational college had previously qualified for the 100th edition of the girls’ judo competition and was thus allowed to take part in the autumn finals in Berlin.

The selection from Düsseldorf with Anna Malerba (6c), Hedda Brandes (8a), Sarah Güth (8a), Frieda Steller (9a), Christina Straßburg (9a) and Polina Reyngold (LP4) as well as the school’s judo and athletics trainer, Jens Emperor, traveled to the capital early on. After the obligatory photo in front of the Brandenburg Gate, visits to the sights and team building activities followed.

In the hall of the Merlitz sports hall in Adlershof, the Lessing selection started the competition together with state winners from Hamburg and Berlin. With two 3:2 victories, the Düsseldorf women were able to win their preliminary round group. Immediately afterwards, Lower Saxony was beaten 5-0 in the main round, which qualified them for the semi-finals against the favorites from Potsdam – and that was also won sensationally 3-2. The final was finally played against the Bertold-Brecht-Gymnasium from Nuremberg in front of a stately crowd of spectators. The selection of the Lessing-Gymnasium once again confirmed their fighting spirit and nerves of steel, won the gripping duel 3:2 and were thus crowned the national champion. For the hard-earned victory, the players received the gold medal from “Youth trains for the Olympics and Paralympics” on the same day.

The national victory is not least the result of the successful cooperation between the Judo Club 71 Düsseldorf and the NRW sports school. The close cooperation makes it possible to optimally support and encourage the competitive athletes not only in school but also in sport.