Would you accept the challenge? Young man eats garbage in exchange for Balenciaga sneakers 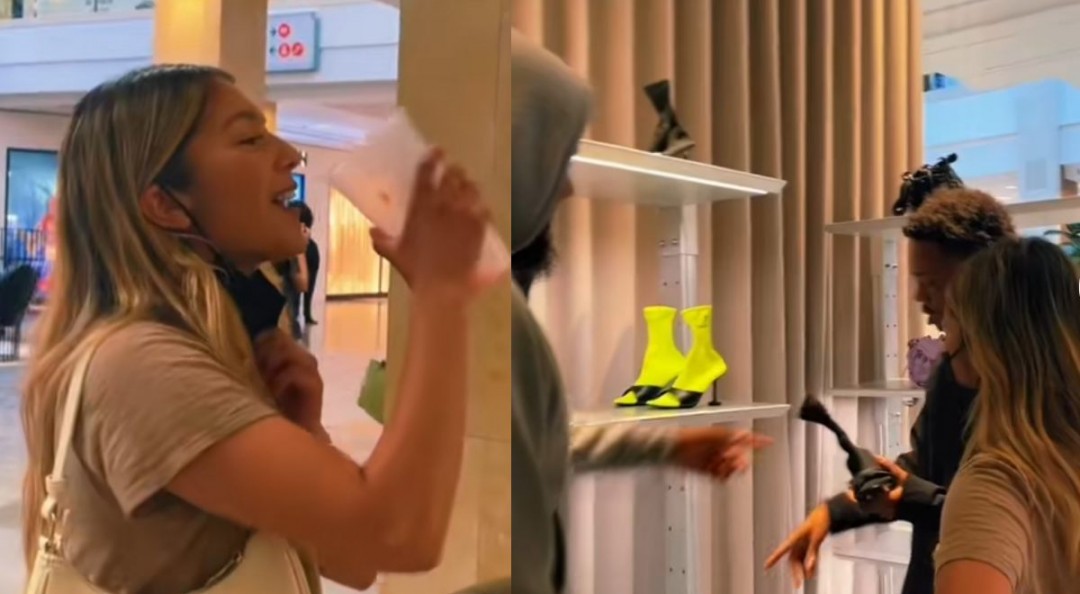 The clothes, tennis or accessories Balenciaga have become such beloved items by fashion fans that some would do anything to acquire them, even eat junkas this young woman demonstrated by accepting a challenge.

The American rapper The Game was walking through a shopping center when he was recognized by a female admirer. Being intercepted, the singer asked the young woman if she liked the Balenciaga brand.

As expected, the girl confirmed her fervor for the fashion house’s items, a fact that led The Game to propose a challenge: buy her something from the brand if she ate the first thing she found in the garbage.

Without thinking twice, the young woman accepted, went to a garbage dump and picked up what seemed to be a strawberry milkshake in a glass and drank it without any problem.

Given this, the rapper fulfilled the bet and bought what she wanted for a long time, some Balenciaga tennis shoes that are worth approximately 895 euros or almost 18 thousand pesos.

This challenge of eating garbage for some Balenciaga sneakers is not the only controversy that has arisen regarding the brand. Recently, the fashion house was in the eye of the hurricane after selling garbage bags for more than 36 thousand pesos.

@losangelesconfidential ANYTHING!?!? Episode 1: LIKE and COMMENT if you guys want a pt. 2!!! #anythingforthegame ♬ original sound – The Game