The puzzle of the new Spain 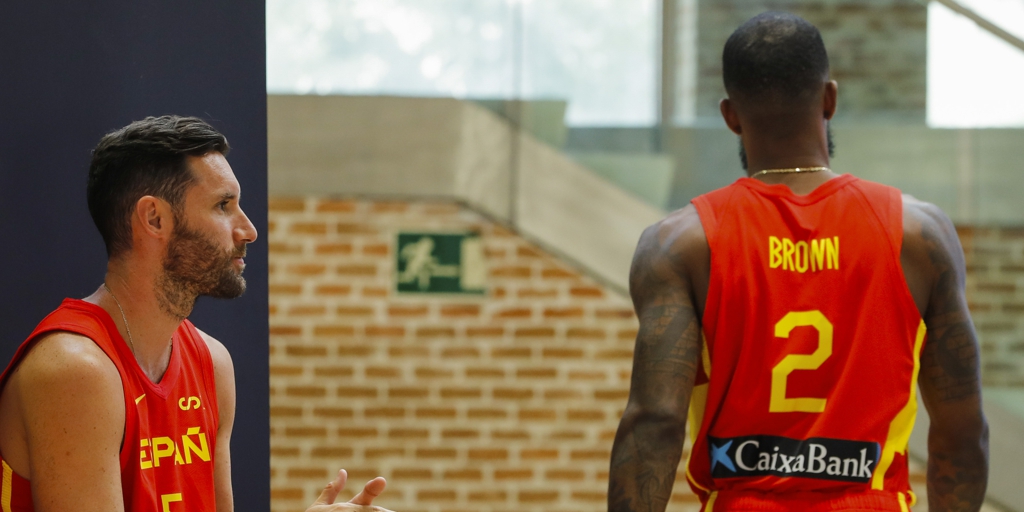 the way to the Eurobasket, which will be held from the end of August, begins for Spain in the south of Madrid, near the Pacific neighborhood, at the Daoiz Municipal Sports Center. The pavilion was the venue chosen by the Federation to officially present the 22 players that make up Scariolo’s pre-selection for the continental event. Only 12 will remain and the race to be in Georgia, where Spain will play the first phase, has already begun.

Many new faces, others with many scars after long careers, paraded around the stage while all the spotlights chased Lorenzo Brown, nationalized just a few weeks ago and one of the great novelties of the new Spain. However, the American base, despite the criticism that his express ‘signing’ has raised, he looked exultant and could not help but take some photos of the four trophies that adorned the act, those that recognize Spain as triple European champion (2009, 2011 and 2015) and as current World Champion (2019). “I don’t care about politics. A year ago I received a call and since then it was clear to me that I wanted to play for Spain. I am very excited,” said the player, recently signed by Maccabi Tel Aviv.

After the withdrawal of the national team of players of the stature of the Gasol brothers or ‘El Chacho’ Rodríguez and the long-term injuries of Ricky Rubio and Carlos Alocén, Scariolo is presented with a puzzle that he must solve in record time. “It is the year that we are furthest from the medals,” the Italian acknowledged before the battery of questions from the media. Combining the momentum of youth, the experience of veterans and awarding stripes to new leaders, his mission for this August.

The base position is surely the one that has brought the most headaches to the coach. As he himself recognized, Rubio, MVP of the last World Cup, is the nuclear piece of this team due to his age, experience and form in recent seasons. But the rupture of ligaments that he suffered in the middle of last season, six months off, has changed all the planning. AlloceneMadrid guard and second on the list of orchestra conductors, suffered the same injury shortly after, a scenario that has forced the nationalization of Brown to accelerate, a man who prioritizes scoring over control (13.8 points per game with the Unics Kazan in the Euroleague) and that seems to be key in the future of Spain in the Eurobasket.

With the average number of legends somewhat low, Spain needs new leaders to take refuge in difficult times, and they are the Hernangomez those with the most ballots to claim prominence in the coming weeks. Both, except for surprise, will be starters (Willy in the center position and Juancho in the power forward or forward position) and their experience in the NBA and talent place them first in the line of succession despite the fact that neither has had a easy season in the United States: Willy has had little regularity in the Pelicans and Juancho has been a victim of transfers, in three different teams (Utah, Boston, San Antonio) in the last 12 months. In any case, they will be supported by veterans such as Rudy Fernández, Sergio Llull and Quino Colón, the three World Champions in 2019. Usman Garuba and Alberto Abalde, it also appears that they will play a role in Scariolo’s plans.

To the equation we must add the less usual, those who have qualified for the national team for the big tournaments but who, with few exceptions, have not been able to enjoy them first-hand. After the vacancies, their golden opportunity arrives. Yankuba Sima (26, Venezia Reyer), Xavier López-Arostegui (25, Valencia), Sebas Sáinz (28, Alvark Tokio), Joel Parra (22, Juventut), Alberto Díaz (28, Unicaja), Jaime Pradilla (21, Valencia), Fran Guerra (29, Tenerife), Jaime Fernández (29, Unicaja), Juan Núñez (18, Real Madrid), Santiago Yusta (25, Zaragoza), Jonathan Barreiro (25, Unicaja) Héctor Alderete (20, Estudiantes) and Miquel Salvó (27, Gran Canaria) form this group. Many will have a place on the final list.