For the 2030 World Cup, Uruguay dreams of celebrating the centenary with three of its neighbors – Liberation 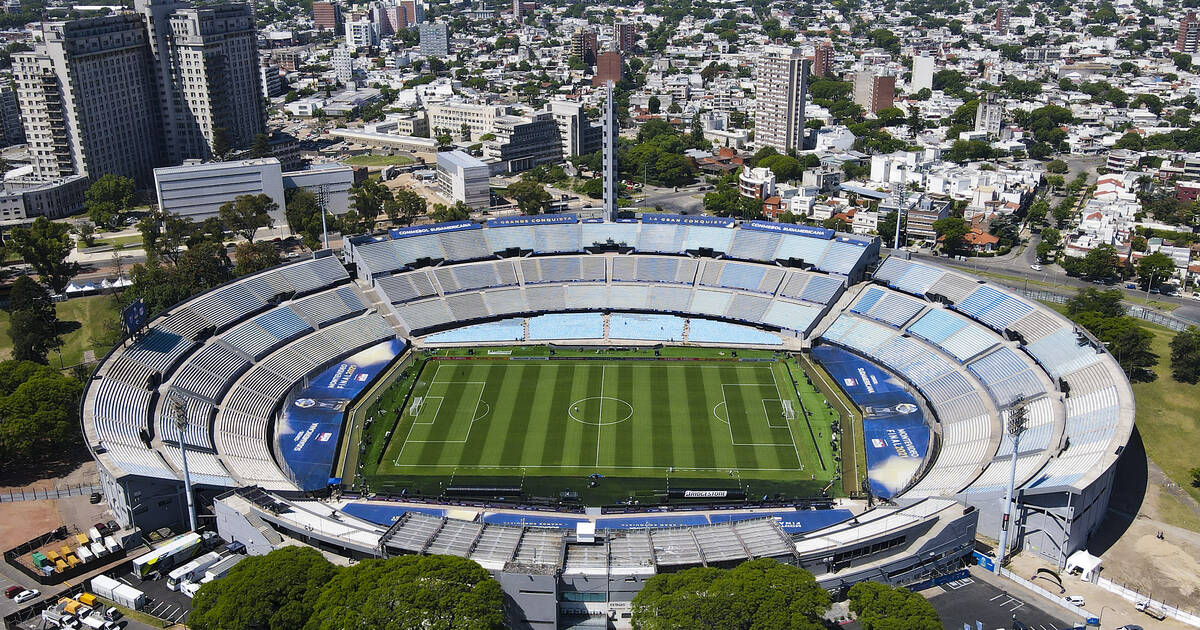 Uruguay, Argentina, Chile and Paraguay present this Tuesday a joint candidacy to host the 2030 World Cup which will mark the centenary of the first football World Cup.

The sports world loves historical nods and great stories. It’s a bit of all this that Uruguay, Argentina, Chile and Paraguay are offering this Tuesday. Gathered in Montevideo in the mythical Centenario stadium, sports ministers and presidents of the national football federations of each country present their major project for 2030: that of organizing a common World Cup on the South American continent, one hundred years after the first great football mass that had taken place in Uruguay.

This project to celebrate the centenary of the World Cup, Montevideo has been thinking about it for a long time. In 2005, during a meeting with the boss of FIFA for the 75th anniversary of the event, the then Uruguayan president, Tabaré Vazquez, already mentioned the idea. His country would have organized the event alone, but for lack of sufficient infrastructure to host 48 teams and 80 matches in the space of a month, it was necessary to knock on the doors of its South American neighbors. More than fifteen years after the genesis of the project, many negotiations, withdrawals and twists, Uruguay, Argentina, Chile and Paraguay are finally launching this Tuesday their joint candidacy to host the “Centenary World Cup”and “return to legend”said Uruguayan Sports Minister Sebastien Bauza.

Only thirteen teams in 1930

This World Cup, if it is well organized by these four countries, risks, very fortunately, not having much to do with the edition which was held a century earlier, a time when the round ball was far from the cash machine it has become. First of all, in 1930, FIFA member countries did not have to go through endless qualifying phases to be able to compete in the World Cup: all are invited to participate. But only 13 teams finally agree to go to Uruguay, including only four nations not belonging to the American continent: France, Belgium, Yugoslavia and Romania. Reasons given: the cost of sending a delegation to the other side of the world in the midst of an economic crisis linked to the stock market crash of 1929, and the duration of the trip – at the time two weeks by boat to cross the Atlantic.

The organization is wobbly and the Centenario stadium – so named for the centenary of the Uruguayan constitution of 1830 – is not even finished for the start of the competition. But the event is a popular success despite the very low level on the pitch, as evidenced by the approximately 68,000 spectators according to FIFA (other sources speak of more than 90,000 people) who attend the final between Uruguay and Argentina. July 30, 1930 in Montevideo.

A holiday after the victory of Uruguay

Several hours before the meeting, the atmosphere is particularly tense in the streets of the capital. Thousands of people are resettled at the gates of the Centenario stadium which is finally finished. It is even said that the Belgian referee appointed to referee the match agreed to officiate only a few hours before kick-off, demanding guarantees for his personal safety and that a boat be ready to leave at the end of the match in case of overflows. La Celeste ends up winning in front of her home crowd 4-2, on a lawn resembling a potato field. In the process, the government decreed a public holiday, a sign of the importance of this coronation on a national scale.

9️⃣2️⃣ years have passed since the feat of @Uruguay ⭐️

CONMEBOL is the first confederation to lift the World Cup🌎🏆#CreeEnGrande pic.twitter.com/XH0ougW6r1

To see the biggest football event in the world return to the land where it was born, a hundred years later, would therefore be a nice wink of fate. Especially since the South American project provides for the final to take place again at the Centenario stadium. It would also be a first to see the World Cup organized jointly by four countries, after the tripartite edition of 2026 (Mexico, Canada, United States). But if we imagine that the idea will delight football fans, the match is far from a foregone conclusion. Spain and Portugal have already announced a joint candidacy for the same edition. Talks are also reportedly underway for an Israeli bid alongside the United Arab Emirates and Bahrain. FIFA’s decision is expected in November 2024. Until then, it’s up to everyone to convince of the merits of their project.