Television will save Barça 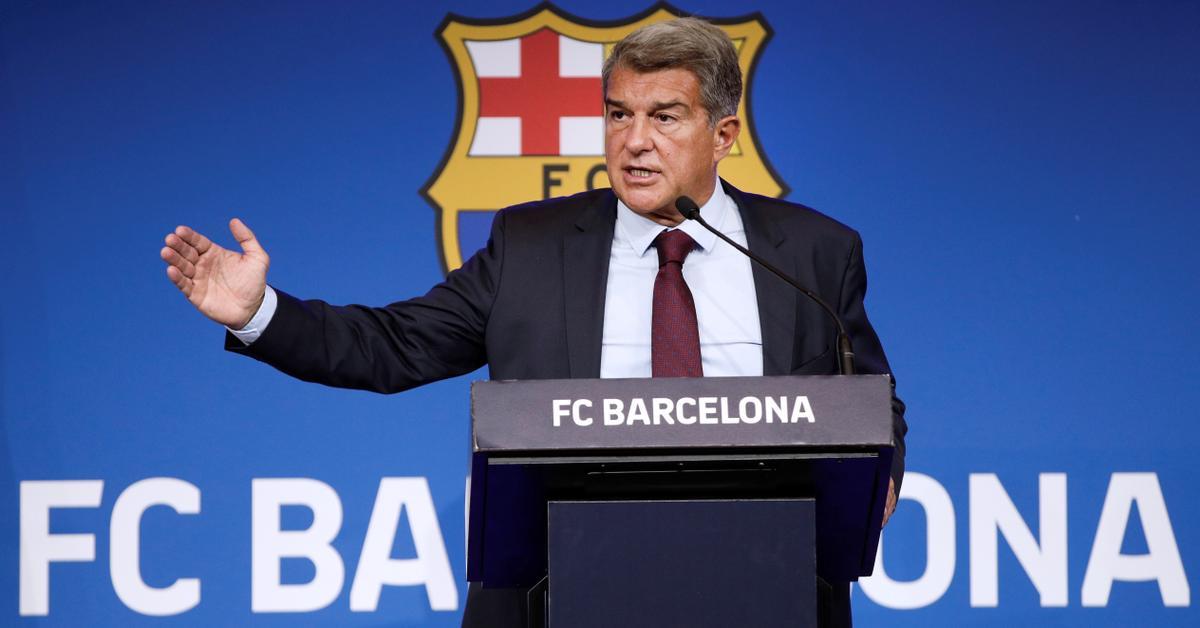 Barcelona“Barça already know what to do if they want to sign.” With this phrase, halfway between the threat and the blackmail, Javier Tebas welcomed one of the most important days for the immediate future of Barça. The president of the League, a lover of grandiose statements, put firewood on the fire minutes before the meeting of the Barça board of directors began, where the leaders had to vote on the sale of the television rights. A measure that serves, at the outset, to ensure that this season’s accounts are closed with green numbers. And also to be able to make some kind of move to strengthen in the summer market. The board, suffocated because time was running out, decided to sell up to 25% of the entity’s audiovisual rights, in addition to divesting almost half of BLM, the company that sells Barça merchandise. Two decisions that, however, will have to be validated by the delegates in the extraordinary and telematic meeting that will take place next Thursday, June 16.

These are the famous “levers”, as President Joan Laporta had called them a few weeks ago. Although they are not exactly what he had in mind when he started looking for solutions to get extra income, months ago. Tebas had been pushing for Barça to join LaLiga Impulso – the agreement with CVC to market the audiovisual rights – but Barça, who went hand in hand with Real Madrid, had flatly refused, claiming that the terms of the agreement did not suit his interests. At the same time, Barça had tried to negotiate with CVC for its part, and had also tried to sell some assets such as Barça Studios and BLM. But despite having attractive proposals on the table, none of these alternative operations have been able to close in time. And as the season closes just a month from now and Barça are in a hurry, everything seems doomed to go backwards and accept the initial proposal of LaLiga Impulso. A way to make money in the short term. Later, when the rest of the operations have matured enough, more sales will be made.

In the short term, then, everything depends on television. The club wanted to be very careful with the information and tried to minimize leaks. According to the president’s entourage, it is to “prevent the agreement from collapsing if details are published prematurely.” Another of the sources consulted speaks of “intense negotiations” that “want their time”, but guarantees that everything is going “in the right direction”. The details will be known in the coming days, so Barça will provide information to its members for the assembly. Tebas, who had always pushed for Barça to adhere to the agreement with CVC, and who recalled that this was one of the few ways available to make signings in the short term, is about to get away with it.

The Impulso League proposed the sale of 10% of the television rights. But Barça will ask the delegates to sell up to 25% of these rights “to one or more investors”. This difference is understood because not only will there be one operation, but Laporta has two planned. As detailed in the portal 2playbook, initially the club will take the money from CVC and thus save the accounts for this season and get about 40 million to be able to invest in strengthening the team. But at the same time, it is negotiating a second sale of audiovisual rights, also with CVC. This sale, which according to the portal is on track, would also be for 10% of the television rights of the future. The remaining 5% could be sold to a third party, if needed, or eventually left by the club.

The proposal of Tebas with CVC involves a direct injection of 270 million. However, the small print indicates that this money counts as debt and also that only 15% of the income can be spent on signings. Barça had tried to change the conditions, but the League, which had a veto, had remained inflexible. Now, in the second operation, that second 2playbook it would also be 270 million, yes they would count as direct income. This, in addition to the cash injection, would allow a very important part of the club’s net worth to be reversed, which is currently negative.

Tebas’ interest in Barça joining LaLiga Impulso is also understood by the conflict with the Superliga. The president saw in this agreement a resignation of the Barça club to participate in this project led by Florentino Pérez, the president of Madrid. League sources admit that, in agreement with CVC, there will be no explicit waiver of the Super League project, but implicitly. And it is that audiovisual rights would lose almost all their value if Barça stopped playing in the Spanish League to do so in a private league of European clubs.

The levers they go beyond audiovisual rights, although they are the operations that are more advanced and those that will allow oxygen in the short term. Selling almost half of Barça Studios and BLM are the other alternatives to generate money – beyond the money that can be obtained from the sale of footballers. In the case of Barça Studios, the club had already asked permission from the assembly last October to be able to sell part of the company. Now it will do the same with BLM: up to a maximum of 49.9% stake. With these two sales, Laporta is confident of earning more than $ 500 million in total.