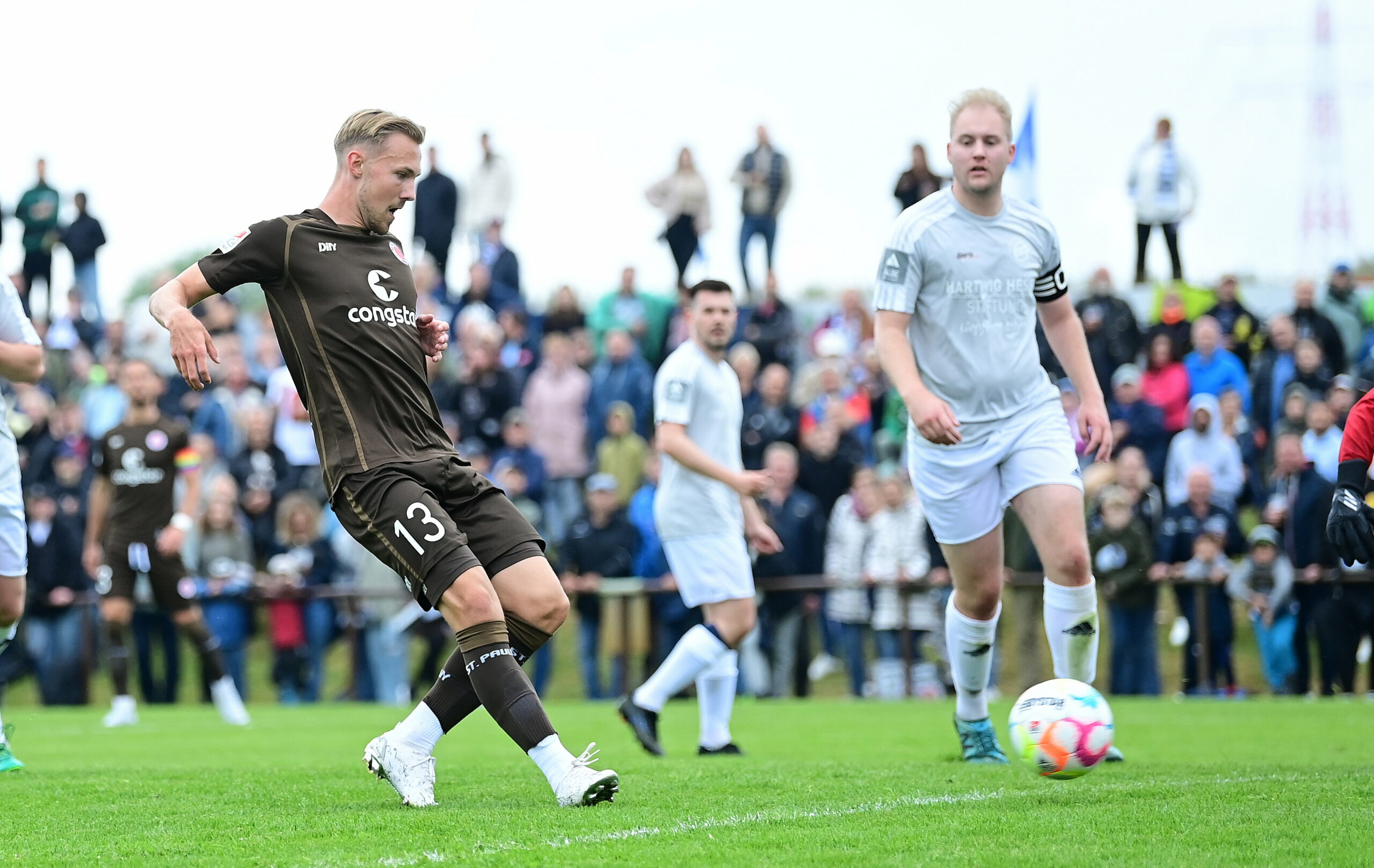 Folk festival atmosphere, bratwurst, beer, one or the other Jägermeister and lots of goals. Many of the 2,800 spectators at FC St. Pauli’s first test match must have heard the goal anthem of the Kiezkicker until they fell asleep. Woo hoo! “Song 2” was played 13 times on Sunday in the Deichstadion of the district league club Hetlinger MTV, which the second division team defeated 13-0 (7-0).

After the one-sided and nevertheless entertaining 90 minutes, many players of the “big FC St. Pauli”, as the neighborhood club had announced, took it easy, stayed out in the fresh air for a long time, signed autographs, posed for photos, chatted with fans and made the afternoon a well-rounded event for everyone.

“That was a lot of fun,” said midfielder Marcel Hartel, who scored the last goal of the game and, curiously enough, ensured exactly the same end result as in the last friendly duel between the two clubs in 2015.

Timo Schultz is happy about an “optimal start”

A special attraction was the defensive edge Medic, who came on as a substitute in the second half and who played up front, scored directly with his head to make it 8:0, but then blew a few good chances. “Jakov prefers to play as a striker than as a central defender,” Hartel later said with a grin. Medic is undoubtedly better in defense.

“We knew beforehand that the game wouldn’t be the big indicator in terms of sport,” said Schultz, but “especially for the new guys” it was important after the first week of training to get to know the teammates in a game. “Everyone presented themselves well.” In addition to the two-goal scorers Nemeth and Boukhalfa, right-back Manolis Saliakas also stood out as an “absolute asset” (Schultz) with three assists. All in all, the dike test was a nice foretaste.