NBA. Westbrook will exercise his option and take a $47 million salary from the Lakers. 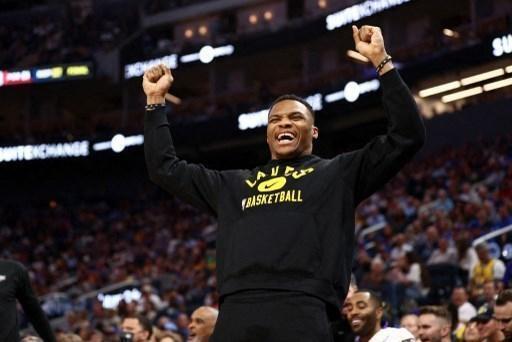 Los Angeles Lakers guard Russell Westbrook, who is coming out of a difficult season, has decided to exercise his option to remain in the California franchise’s workforce next season with a salary of 47.1 million dollars (44 .7 million), according to multiple articles published on Tuesday. At 33, the best NBA player of the regular season in 2017 will begin the fifth and final year of his five-year contract at 206 million dollars (about 196 million euros).

Russell Westbrook has played for four different franchises over the past four seasons (Oklahoma City, Houston Rockets, Washington Wizards then the Lakers since August 2021). Last season, in 78 appearances for the Lakers, Westbrook averaged 18.5 points per game, took 7.4 rebounds and made 7.1 assists.

With only 33 victories for 49 defeats, the Lakers did not qualify for the play-offs and, due to injuries to LeBron James and Anthony Davis, the dream trio that Westbrook was to form with these two other NBA stars could only be combined 21 times (11 wins and 10 losses).

READ ALSO. NBA draft. Many candidates but few elected… How are the 58 young finalists chosen?

The Lakers are preparing for the upcoming season with a new coach, Darvin Ham, who was Mike Budenholzer’s assistant in Milwaukee for the past four seasons. Appointed at the beginning of June, he succeeds Frank Vogel, who paid the price for a 2021-2022 season well below the initial objectives.