Stade Rennais is rubbing its hands. He has what. This Monday, he lost a solid defender, of course, in the person of Nayef Aguerd. The Moroccan had established himself in the space of two years as one of the most consistent centrals in Ligue 1, combining leadership and important goals. It turned into a masterstroke in the transfer market. Bought 400,000 euros in Dijon in 2020, Aguerd joined West Ham for 35 million eurosbecoming the biggest sale in the history of the Breton club.

In fact, the Moroccan enters the Top 30 of the most expensive central defenders in history, ahead of Mats Hummels (to Bayern Munich), Marquinhos (PSG), Alessandro Nesta (AC Milan) or Pepe (Real Madrid). Times differ, profiles and contractual situations too. But the price spent by the Hammers calls out. Because it moves away from the logic interview lately on the market of central defenders.

By White and Fofana

Last season, in the European Top 5, the record was for Ben White, bought 58.5 million by Arsenal. Its price was based on two main factors: English hope whose prices are soaring more than elsewhere et transaction between two clubs in the Kingdom, again increasing the bill. For the cases of Upamecano (42.5), Konaté (40), the logic was different: world hopes at their post, strong international competition and experience in C1. For Raphaël Varane (40 million), his status and his experience justified a high cost. As for Kurt Zouma (35 million), if he was the same age as Aguerd, he could boast of a knowledge of the Premier League and a French international status which raises his rating.
By expanding to the 2020 transfer window, Ruben Dias (68 million) was only 23 years old, was destined for a bright future from his youngest years, was already a pillar of the Seleçao and was sold by a club used to XXL sales. As for Wesley Fofana (40 million), it was his astonishing potential at just 19 years old that had pushed Leicester to break the bank, in a choice that already defied reason.

Nayef Aguerd does not tick any of these boxes: his very high level experience remains limited (4 C1 matches, 19 selections), he is no longer of the age of a promise (26 years old), he does not come from an English club and is not English himself, he has never rubbed shoulders with the rough Anglo-Saxon game and did not have the whole transfer window planet on his heels despite two very good seasons in Rennes. So how to analyze this price?

West Ham had no time

It is explained first by the desire of the Hammers to quickly build a workforce intended to play the Top 6 in England. In the case, the club of David Moyes had no desire to wait at the risk of seeing other English clubs come to invite themselves into the file, in particular the extremely wealthy Newcastle. Second, it responds to an urgent sporting need.

Angelo Obgonna (33), Craig Dawson (32) will not be able to last the whole season with the Europa League Conference in particular to play. As for Issa Diop, he is out of contract in 2023 and is of interest to many clubs, including OL. “In fact, West Ham are really looking to improve all lines of the squad and Aguerd’s arrival becomes clearer knowing that, analyzes Ben Thorne, Eurosport journalist in England. In addition, he is left-handed and can therefore be associated with Zouma or Dawson. And then, he arrives at the best time of his career, at 26 years old“.

The arguments agree and respond to honorable sports planning. And, besides, in England, nobody is really shocked by the price paid. “In the end, the price is not so surprising given West Ham’s ambition to establish a permanent place in the Top 6explains the English journalist. Although there could have been better options in Europe for that kind of price…“. West Ham decided not to explore them as the Aguerd profile ticked all the boxes sought for them, much less for the market. This is how English clubs act. For the greater good of French clubs?

“Galtier is a mini Didier Deschamps”

An ex could return: Aurier soon back in Ligue 1?

Bielsa next coach of Athletic… if Arechabaleta is elected president 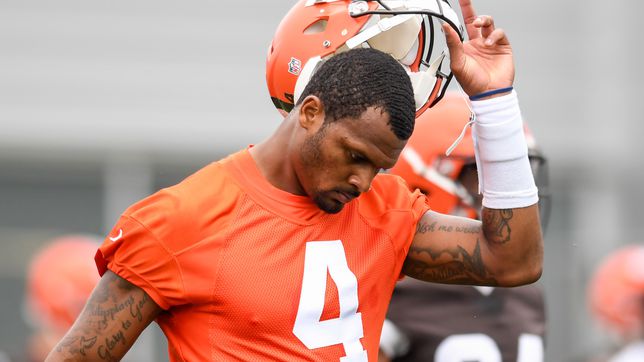