Maki Takada, the women’s representative from Japan who won the match in a row against Turkey, responded to the strength of the defense by saying, “It is our style to reduce the physical strength of the opponent” –Basketball Count | Basket Count 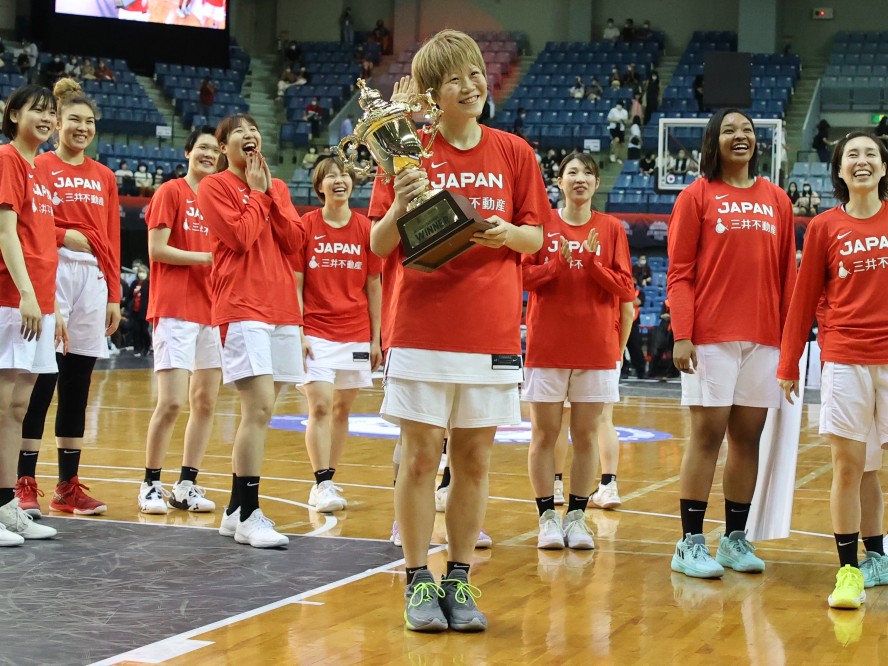 Deepen confidence in defense, but in two games where offense remains a challenge

On June 19, the Japan Women’s National Team held a warm-up game with the Turkey National Team. Continuing from the day before the overwhelming victory with 77-49, from the start of the day, he made the opponent hit many tough shots with a strong defense due to intense pressure on the plane, and won a good victory with 83-57.

In this match, Japan did not have an offense explosion from the start as it did the day before due to Turkey’s adjustment, and the first quarter was a heavy start with 14-9. However, when he triggered a total of eight turnovers in the second quarter and grabbed the rhythm from the defense and pushed it out at once, he developed the basketball he wanted to play in the second half and continued to take the initiative and escaped without danger.

Captain Maki Takada recorded 5 points, 3 rebounds and 2 assists in the 25th minute of the team’s top appearance. During the time when the team flow was bad and I put up with it, I helped the team with my own solid defense, and as usual, the contribution was shining even in the part that did not appear in the stats.

Takada, who showed the team’s most stable feeling with his high performance in offense and defense in this weekend’s warm-up game with many young members, looks back on today’s game.

“We were able to continue from yesterday’s tough defence to break, but today there were some adjustments, and there were places where we couldn’t offense with our own rhythm. Especially during the difficult times, I put up with it and did not let the opponent play the basket as I expected. I was confident that I had done so far with our defense, but regarding the development of offense I felt a challenge. “

It must be taken into consideration that Turkey was a young player and inexperienced member, but the Japanese national team was still disadvantaged in terms of height, but the offense rebound greatly exceeded 16-5, and the second chance point was 21-3. I was overwhelmed. This shows that the team is doing more weight training than ever before. “Physical is very important to win the gold medal at the World Cup, so I’m training more than ever before. I’m also strengthening my start to improve what I originally have. Takada is also getting a response.

In the harsh schedule of the World Cup, everyone’s basketball will be a strength due to Japan’s timeshare.

In addition, although it was a big test place in the warm-up game this time, even if it is subtracted, the share of playtime has been increasing since the Ontsuka head coach system was established. In fact, the final qualifying for the World Cup held in Osaka in February also had a rotation of 10 people. This share is an essential part of continuing the fierce defense for 40 minutes before it became the basis of the women’s national style. Takada says.

“Everyone is beginning to understand that Ontsuka-san’s basketball is an aggressive defense that invites opponents to make mistakes and reduces their physical strength. That’s why the two games this weekend are going well. If we can reduce the physical strength of the opponent from the first half, we can put up with the difficult time and bring it to the development where we can play basketball in the second half. “

Takada further said, “I think it’s best to share time and do everything you can while each person is standing on the court. We just believe in that.” Continue what you need to improve. “In order for each person to do their best in a short amount of time, everyone must know what to do. No matter who comes out, in order to play basketball at the same pace, communication skills and understanding are required. I want to continue to cultivate such places. “

The World Cup, which aims for a gold medal, is a harsh schedule of playing five games in a group league of six countries in six days. Takada thinks that is an advantageous factor for Japan, which fights with the whole team instead of relying on an absolute ace player. “Since the World Cup is a series of tough matches, we feel that any team can win if we learn the timeshare battle. By continuing tough matches, our timeshare is our strength. I think it will be. “

The women’s national team showed us the battles that are expected to evolve further in these two games, such as the rise of young people and the thickening of the layer. However, even as the generations change, Takada’s presence remains unchanged, including playing on the court, outstanding leadership, and the ability to transmit off the court that resonates with fans. It was a weekend that made me realize that again.