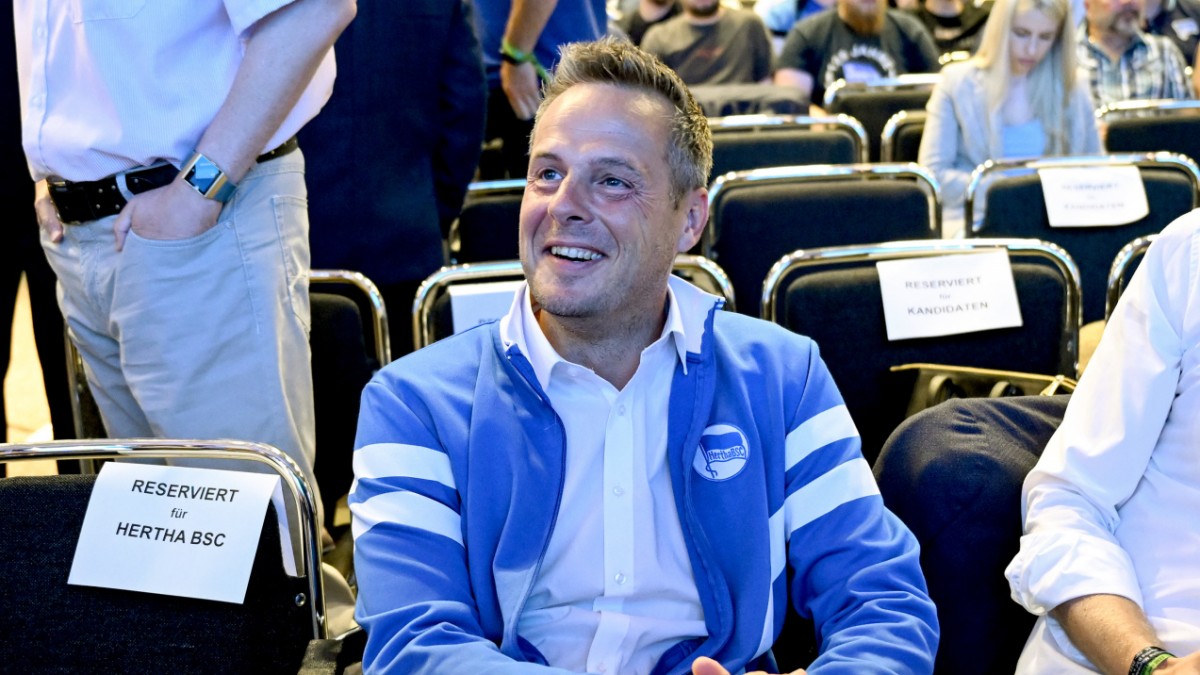 A few more photos had to be taken. And it became clear that the new Hertha BSC President Kay Bernstein, 41, still has a bit of work to do in order to fulfill the task that he initially considers to be his most important: he wants the Berlin club, which has been reeling for years, to “unite “, he said, and he thought it would be good if his six colleagues in the presidency could put their arms over the shoulders of their neighbors for the photo. Unity under the Hertha banner, it should probably go in this direction.

But on the far left was Executive Committee member Ingmar Peering, a representative of the era of Bernstein’s predecessor Werner Gegenbauer, who had just sunk in ignominy and disgrace, and he dangled his arms on his own body. Solidarity with the new? Not here. Not now. That was a good symbol for the fact that Hertha’s establishment, which suffered a hearty defeat in the membership election on Sunday, is still looking for its place in the new order.

There have been all kinds of club presidents in the long history of the big wide world of football: people sentenced to prison for the deaths of construction workers like the late Jesús Gil (Atlético Madrid); corrupt ex-politicians like Silvio Berlusconi (AC Milan); investor governors like Nasser Al-Khelaifi (Paris SG) shared from the Middle East; crooners like Elton John (Watford FC); almighty entrepreneurs and string pullers like Florentino Pérez (Real Madrid) – and former soccer professionals like Uli Hoeneß (FC Bayern).

But what has now been decided in Berlin is real news, even beyond Germany: Bernstein, 41, a former singer of the Hertha Ultras, is now at the top of the club, a “child of the curve”, as he calls himself. Or, as you could also say: the representative of a movement that has been challenging the football establishment for decades.

“It’s a heavy burden to be the first to jump out of the Ultra generation and go down this path. But for me the ‘Herthaner’ is above it,” explained Bernstein, “only then are you the fan, the Ultra, the habit-bearer, the grandstand-seater.” Bernstein received 1,670 votes, an absolute majority of 54 percent. He emphasized: “It’s also about reaching out to the 1,300 members who didn’t vote for me and telling them: ‘We take you seriously, your concerns, your reservations.'”

On Monday in the Bild newspaper read, who got along splendidly in Berlin with Bernstein’s predecessor, Werner Gegenbauer, who had been in office for 14 years. She appeared horrified, as she used to do with long-haired people or, to this day, with real or supposed communists.

“What’s in store for the league?” asked the newspaper anxiously after Bernstein’s election: “Will he legalize Pyros and turn the Olympic Stadium into a fire pot? Will the people (like Dietmar Hopp) or clubs (like RB Leipzig) so hated by Ultras ) insulted and mocked with his blessing in the stadium? And does he finally scare away the 375 million Hertha investor (Lars) Windhorst, who is unloved in the curve?”

All of this was a surprising amount of skepticism for a dapper family man. According to everything that is known, Bernstein stands firmly on the ground of the free-democratic basic order and he not only founded the ultra-group “Harlekins ’98”, but also a communications company run according to capitalist rules. Yes, he was once even banned from the stadium at Hertha – whether they were always justified is a question, because Hertha’s relationship with the Ultras is an issue in itself. The fact is: there are things that Bernstein would no longer do in 2022.

Skinning or skinning: Hertha’s investor Lars Windhorst, who is also a member of the club and attended the election on Sunday, was comparatively relaxed. He is closer to the defeated candidate Frank Steffel, a former CDU member of the Bundestag with a penchant for bizarre affairs. But Windhorst did not sound alarmist on Sunday. On the contrary: “It can only get better than it used to be,” said Windhorst Kicker alluding to the years with the sacked Gegenbauer, in which the 374 million euros that the financial entrepreneur Windhorst had contributed to Hertha since 2019 were burned.

“It can only get better than before,” says Hertha investor Lars Windhorst

Anyone who had expected Bernstein to declare war on the Windhorts, who were largely demonized in the curve, was also disappointed. The first statements sounded like pragmatism: “Reality says: Mr. Windhorst is there, he has the shares. We will try to involve him in the best possible way and achieve our goals with him,” emphasized Bernstein.

That doesn’t mean Bernstein wants to forget about his red lines. He emphasized: “In the past few years, we haven’t had the debate about ’50+1′ in the club” – that is, about the rule that limits the influence of investors on the decisions of clubs. Bernstein is striving to anchor 50+1 in the club’s statutes, which the investor Windhorst doesn’t like. “I believe that we need the debate in order to address the internal differences among the members and to work out an attitude,” said Bernstein.

This probably also applies to the stadium question, which is the subject of controversial debate at Hertha and in the city. A new, pure football stadium without an athletics track is to be built. This is understandable to essential from the perspective of a Bundesliga club that only fills the Olympic Stadium when the really big opponents come. Hertha’s home power, the ultra scene, is skeptical when it comes to the stadium. This is also one of the issues that stir up the constantly struggling club, which has been worn down by years of relegation battles and is still torn apart.

Bernstein, it became clear, can initially count on support from the fans. In particular, the requests to speak during the question and answer session with his opponent Steffel seemed well and effectively orchestrated like a choreo that succeeded in mobilizing the Bernstein camp. However, it’s not clear how many votes for Bernstein came from non-Ultras, and there may not have been many. That means: The total of the 40,000 Hertha members does not represent the majority for the new president. Not all Hertha fans like ultras.

Nevertheless, what Bernstein said is true: that his Hertha DNA was the decisive factor in winning the election. He still has to or wants to get to know the team and the new coach Sandro Schwarz, “if that’s what you want, absolutely,” he said. An encounter with sports director Fredi Bobic is still pending. The first board meeting is scheduled for Wednesday at 6 p.m. “The main task will be to turn the presidium into a tight-knit bunch with team spirit that Hertha sets an example,” said Bernstein. That sounds like work.

Cancellation at short notice: That’s why Zverev was missing from “Wetten, dass …?” 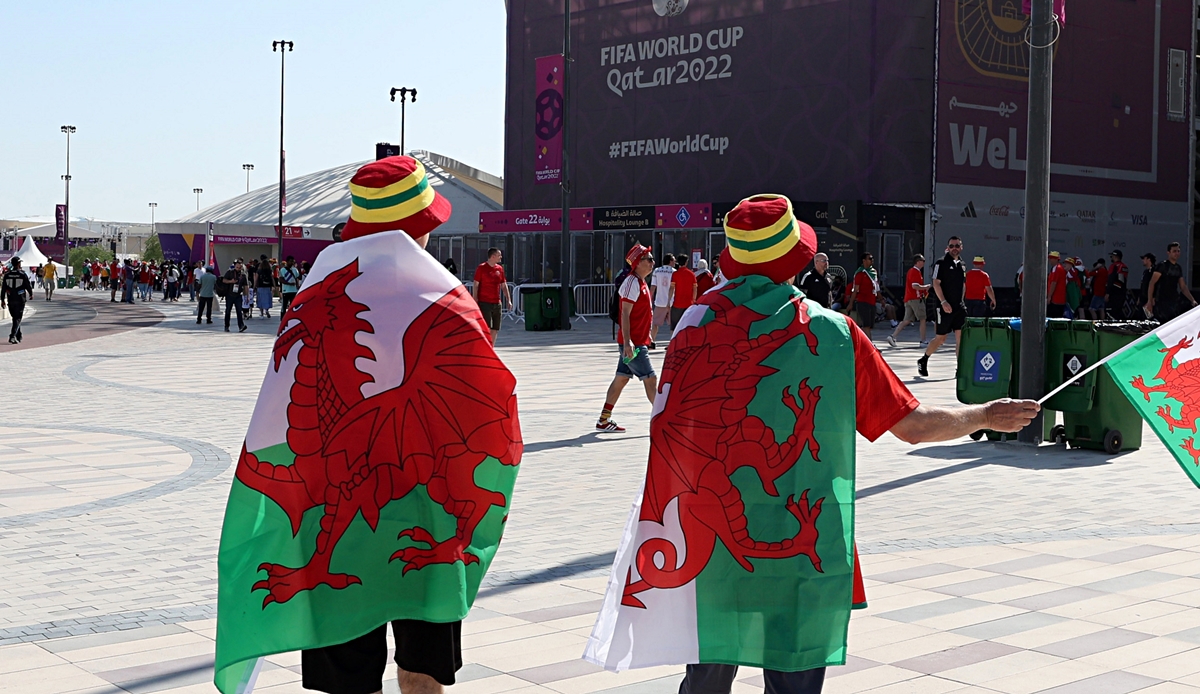