JAYAPURA – The Jakarta contingent of sepak takraw and roller skates won gold. With this result, Jakarta has temporarily succeeded in shifting the position of the host from the top of the XX Papua PON 2021 standings.

DKI Jakarta was able to win one gold medal from the women’s sepak takraw. Then from the sport of roller skating managed to get two gold medals.

Read also: The opening of the XX Papua PON 2021 will show the natural beauty of the Cenderawasih Earth

The coach of the DKI Jakarta women’s team, Abdul Gani, said he was satisfied with the results achieved by his team. He said that the strategy that had been prepared from the start was successful in silencing East Java in the final match.

“Alhamdulillah, the strategy we used was successful, we were able to get point by point because we have to be calmer, remind each other,” said Abdul Gani, quoted from the official website of PON XX Papua, Wednesday (29/9/2021).

In the women’s number, DKI Jakarta fielded two representatives, Naura Rahmadija Hartanti, and Farah Amalia Salsabila Putri. Naura was able to be the fastest with a time of 48.229 seconds, while Farah recorded a time of 48.296 seconds. 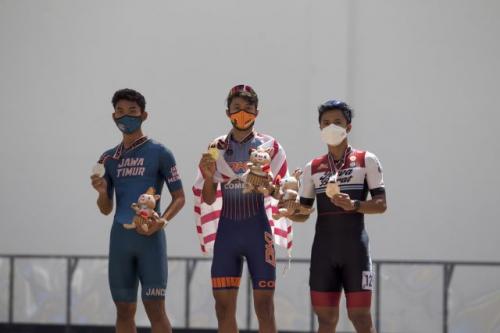 In the men’s number, DKI Jakarta also managed to win a gold medal after Barijani Mahesa Putra was able to become the fastest time of 43.521 seconds. Representatives from West Java, Radika Rais Ananda, came in second with a time of 43.892 seconds, and Muhammad Habib Aulia in fourth place with a time of 46.266 seconds.

Blog on the federal election 2021: 68 percent for Laschet’s resignation from all offices – politics