Kings of replay from Manchester

In repeated matches of the third round of the English Cup, Manchester United has never lost in the last thirty years. If you believe the statistics, then Wolverhampton, previously content with a home draw 0-0, does not shine on Old Trafford. However, under the strict guidance of Ole Gunnar Solskher, Manchester United has never won against the Wolves.

FA Cup is a headache for most Premier League clubs. First of all, due to replays. For almost a century, clubs, sacredly observing traditions, fought each other until the final victory – regardless of the match in which it was won. Fortunately, the Football Association has limited the number of possible meetings since the 1991/92 season. The last time Manchester United had to meet with Queens Park Rangers three times in the 1988/89 season, when an opponent eventually crashed into Old Trafford (0: 0, 2: 2, 3: 0).

Now the replay is completely canceled from the fifth round. At earlier stages of the draw, teams can count on only one additional match – in the event of a tie, they have to play extra time and, if necessary, identify the winner in the penalty shootout. In addition, the regulation introduced a clause stating that the time interval between the first match and the replay should be at least 10 days. Previously, teams met each other after 3-4 days, which introduced terrible chaos in the championship calendar and exhausted the players to the limit.

Manchester United never held more than three games in a separate cup round, unlike the London Arsenal, which in 1978/79 had sorted out relations with Sheffield Wensday a little less than a month. In order to determine the winner, the teams needed five matches, which ended in the end with the strained victory of the exhausted Arsenal (1: 1, 1: 1, 2: 2, 3: 3, 2: 0). By the way, the current rival of Manchester United also avoided lengthy episodes. The last time in four fights, “wolves” lost to “Aston Villa” in 1887!

Matches highlighted on your field

Bright victories in the past

Unlike the Premier League championship, where Manchester United have a double advantage over their opponents (+6 = 2–3, goals 20: 3), the situation is not so impressive in the FA Cup. The teams met each other ten times: the club from Manchester celebrated its victory four times, and Wolverhampton three times. The main successes of the “red devils” are covered with a thick layer of dust, since they fell in the mid-1960s. At the same time, both were mined away: in the rally-1964/65, Manchester United achieved a productive victory of 5: 3, and a year later took the lead with a score of 4: 2. Four goals in these games were scored by renowned scorer Denis Lowe.

In 2006, Manchester United defeated the Wolves again with a 3-0 score at Molinyu. Two goals scored by guests Kieran Richardson – a native of London, who attended classes at West Ham Academy as a child. The defender, nicknamed the Arrogant Lord by the fans, by the way, was constantly used by Sir Alex Ferguson in the cup games, where he replaced the tired warriors of the base. But in the Premier League, he spent just five matches in five years. Last spring, Wolverhampton finally interrupted a series of cup failures, defeating Manchester United in the quarterfinals. Sergio Romero, who defended the goal of the guests, saved the team from dangerous shots from outside the penalty area more than once, but towards the end of the match he failed to repel the blows of Raul Jimenez (pictured above) and Dioge Jota. Marcus Rashford narrowed the gap in the 95th minute of the meeting, but could not achieve more “Manchester United”. Experts who closely watched the game of the team that replaced head coach Mourinho with Sulscher three months earlier, almost unanimously noted that this was the worst Manchester match with the Norwegian.

Ole Gunnar Sulscher as a coach has never beat a wolf in any tournament. In the Premier League, he lost in April last year away 1: 2, and this season brought the away match in a draw – 1: 1. The situation is similar in the Cup, only the first match of the current round ended without goals scored. The balance clearly leaves much to be desired: +0 = 2 –2. 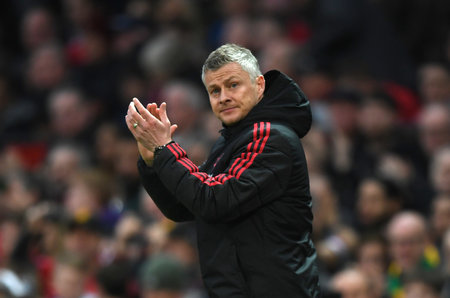 Matches with Wolverhampton at Sulscher were distinguished by a huge number of events unpleasant for the “red devils”: in last year’s match in the Premier League at Molinyu, Chris Smalling managed to score a decisive goal, and Ashley Young left the field for two warnings. Lindelef almost suffered the same fate in the 2019 spring cup match, but Judge Atkinson changed his anger to mercy with the help of VAR, canceling the red card for a rough tackle on the edge. In the August game of 2019, Paul Pogba “scored” who failed to score a “penalty” for the “wolves”. Luck in the matches with Manchester United was clearly on the side of the “wolves” and it is possible that this trend will continue.