The magnificent four of Huesca, to by the National sub-17 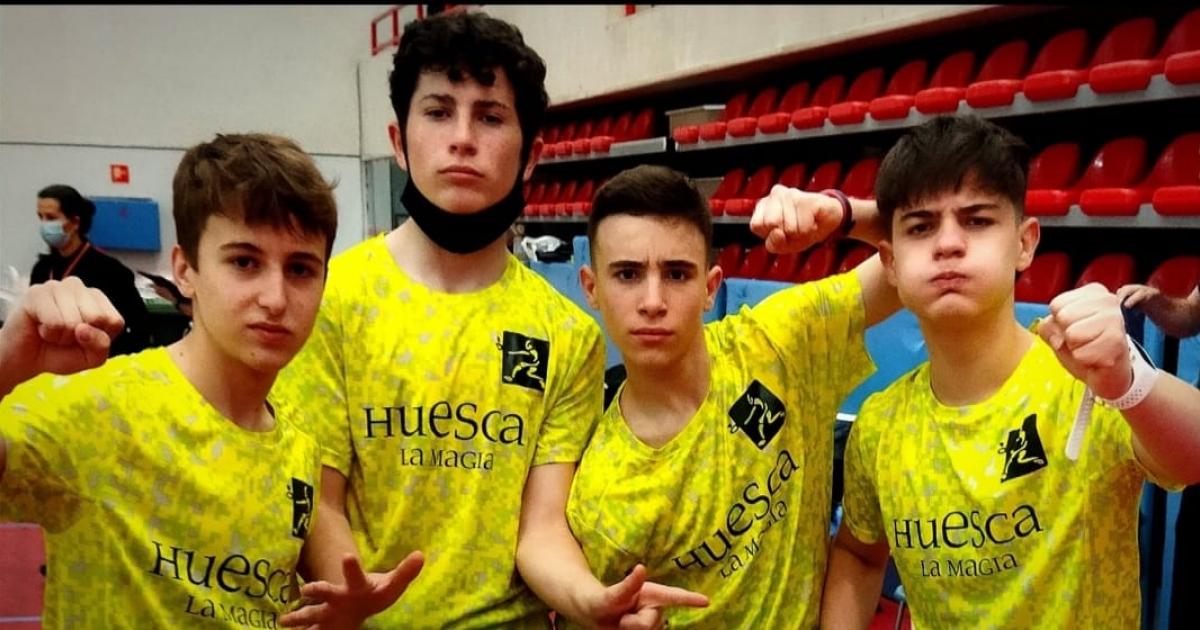 Los four most promising players of Badminton Huesca La Magia From this Thursday they will dispute the Spanish Under-17 Championship, which takes place in the Extremaduran town of Villanueva de la Vera.

Alejandro Gállego, Raúl Bergua, Gonzalo Isábal and Alejandro Yagües They start with the highest aspirations and options to fight for titles. They are also aware of the difficulty involved in a competition of these characteristics and They come without pressure.

For Alejandro Gállego and Alejandro Yagües, this is their first year in the category and, therefore, they will have rivals a year older and Bergua and Isábal are still sub-15 and can meet rivals two years older.

But the people from Huesca have shown their competitive ability in the category and not only at the national level, but also on an international level, with good results in tests held in different parts of Europe. All of them are integrated, in addition, in the Spanish selections and are players very taken into account in the Federation. Alejandro Gállego and Raúl Bergua have already been champions of Spain in their respective categories singles and the second, also forming a pair in doubles with Isábal. and at his age accumulate a lot of competitive experience. They also arrive after very good recent results.

The four play both in the individual modality as in the doubles, forming a pair with each other.

In the singles, Alexander Gallego part as number one in the direct elimination table that starts in the thirty-second final. Raúl Bergua he does so as the eighth seed. Gállego is exempt from the first round and starts in the second against the Catalan from Granollers, Víctor Cañadas.

Yagües the Asturian Alejandro Valdés is measured in the first round, with the Catalan Eric Gómez waiting for the winner of that duel in the second round.

Los main rivals of Huesca could be the Balearic Ramón Rovira (2), the Soriano Javier Barrios (3), the Catalan Jofre Comella (4), the Andalusian Guillermo Nuviala (5), the Asturian Alejandro López (6) or the Balearic Ismael Oballe ( 7). But there are many high-level participants. All of them have had to earn their place in the competition with previous results.

In doubleHuesca have the same high expectations. Gállego and Yagües start as second seeded and will start in the round of 16 against Biel Mascaró and Pau Sebastiá from the Balearic Islands.

Raúl Bergua and Gonzalo Isábal have a hard crossing to begin with, with the Andalusian couple Martín Mosquera and Guillermo Nuviala (4), but the Huescans are a powerful double, capable of competing against any couple in the event.

On the other hand, in Huesca a concentration of the Wanted Champion Program is held, which will bring together on the Huesca Badminton courts the most promising players from the Aragonese base up to the sub-15 category in a new technical training, coordinated by Huesca coach Aitana Díez.