Spain, already qualified for the Basketball World Cup, beats the Netherlands with difficulty 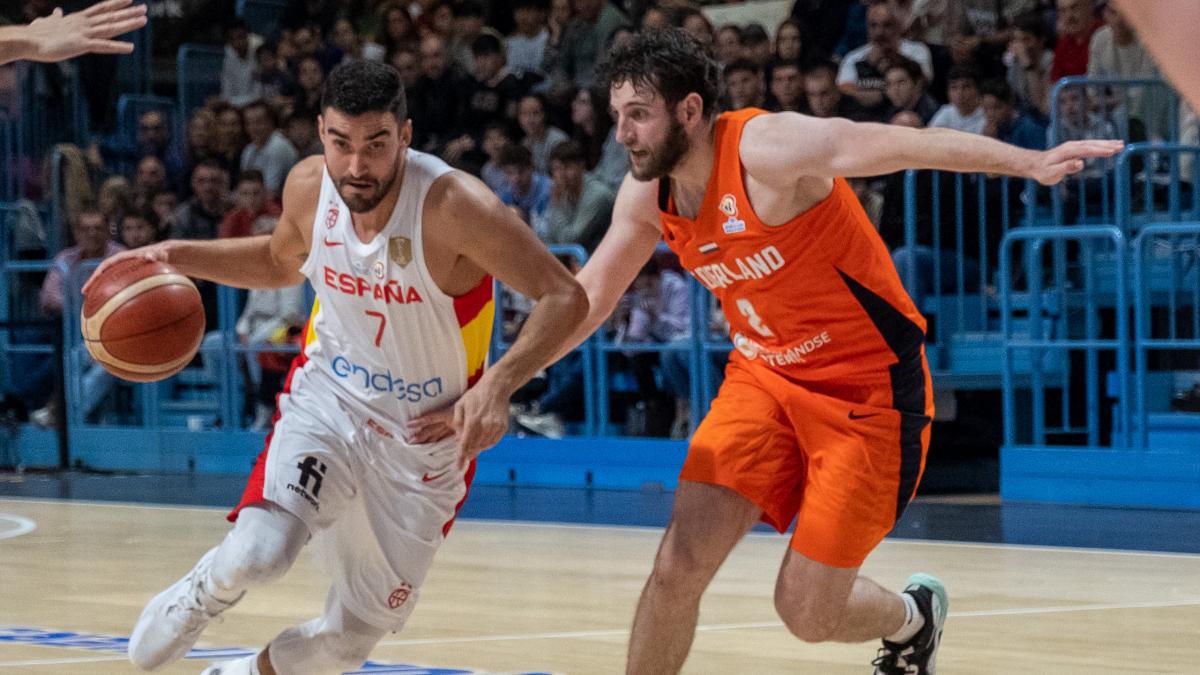 The Spanish team beat the Netherlands with difficulty (84-72) in a basketball party at the Palacio Carolina Martín de Huelva, a court to which Sergio Scariolo’s men already jumped with the qualification for the World Cup in their pocket after the victory of Italy over Georgia (84-85).

That led to a constant carousel of changes and tests in the systems before a Dutch team that showed, despite being bottom of the group, they have a good hand in shooting if they are not defended with intensity. After two very even first quarters, 21-21 and 22-22, Spain was slightly more in the third quarter (18-16) and sentenced in the final (23-13). The European champion Darío Brizuela was the top Spanish scorer with 16 points and Olaf Schaftenaar the one of the game with 19.

The national team, in their first match in Spain after winning the Eurobasket, took to the court very well, energetically encouraged by the public. Halfway through the first quarter, he already doubled his rival on the scoreboard (14-7) after three-pointers from Alberto Díaz and Joel Parra.

But little by little the forces began to equalize, with greater dominance of the rebound from the Dutch and great success from the outside line. The figure of Olaf Schaftenaar emerged, author of 12 points, and led the duel to a 21-21 tie, which Yankuba Sima did not undo when he missed a triple in the last breath of the period.

In the second quarter, also very even, the Netherlands took the lead with a great outside shot, 7 of 11 from three-pointers, although worse statistics from two-point shots. The reaction came from Vila, who with a triple put Spain back on top and hit again with a 2+1 after a sensational assist without looking from Jaime Fernández (39-42). Already at the end of the quarter, Keye van der Vuurst de Vries (8), who took over along with Luuk Van Bree (8) in scoring after a Schaftenaar stoppage, did not miss from free throws and left it 43-43.

Spain applied a little more in defense in the third quarter against an opponent who survived with three-pointers. It was noticed when Joel Parra, who finished a counterattack and signed a triple to add 10 points, Jaime Fernández, Sebas Saiz and Alberto Díaz got together on the track. That allowed opening a gap of around five points (58-53). But the errors in a selection with many mechanisms to acquire in the youngest did not allow them to put more distance and the duel went 61-59 to the decisive final quarter.

In it, four consecutive points for Spain increased the advantage, which later triples by Santis Yusta and Darío Brizuela placed it for the first time in the match at 10 (71-61) with five minutes to go. In the exchange of baskets, the Spanish quality came to the fore and did not allow its rival to jeopardize the victory, which came by 12 points (84-72).