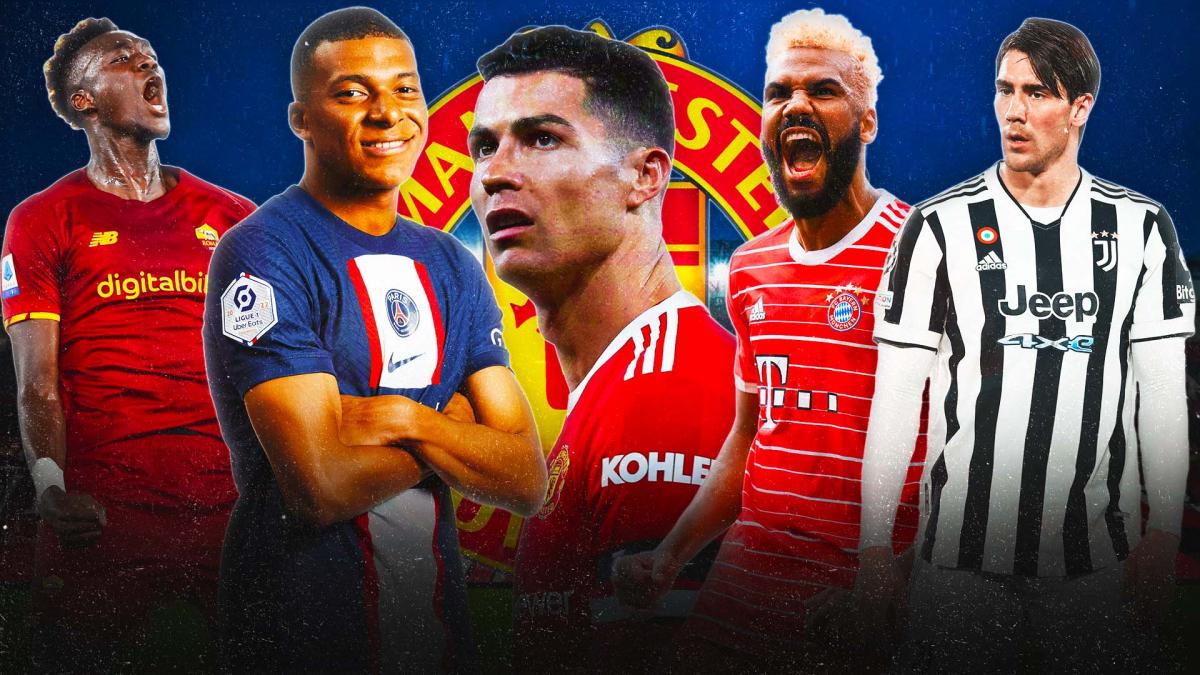 United’s tracks for their attack

Manchester United will definitely part ways with Ronaldo from this winter transfer window and the Red Devils already have ideas to replace him. The residents of Old Trafford will try their luck with Kylian Mbappe this winter, according to the English press. An offer of 175 M€ is under study to convince the Bondynois to join the Premier League but it is far from being done… So, the management is exploring other avenues. For several weeks, the name ofEric-Maxim Choupo-Motting is regularly associated with the Red Devils. The Cameroonian is walking on water this season with Bayern Munich and landing in Manchester would be a great way out for him. But the English club is also watching in Serie A. Juventus striker Dusan Vlahovic ticks all the boxes management is looking for with his youth and sense of purpose. Finally, Tammy Abraham is also on the managers’ shortlist after his good season with Roma last season. If he has more trouble this year, his profile remains very interesting and he keeps a good rating in the Premier League.

Adrien Rabiot was present at the press conference this Friday and knows that he is one of the few experienced players in midfield with the Blues. Absent from the list at the World Cup four years ago, he approaches this World Cup in Qatar in the shoes of a holder and he intends to respond present. “It excites me to be there, to be a starter most likely. These are great responsibilities to be in a competition like this. But I’m ready to take them“said the Juventus midfielder. Answer next Tuesday against Australia.

Agüero arrives in Qatar in a funny atmosphere

Sergio Aguero took the direction of Qatar to follow the quest for Lionel Messi and Argentina to the world title. But for this trip, the Kun had to take the plane and found himself totally surrounded by Brazilian supporters. The latter did not pretend to set the mood, to the delight of the former Manchester City player, who shared the scene on social networks.

Belgium – a letter to the national team