Nico Williams played 20 minutes and scored the third goal after replacing Ansu Fati, who passed his test in the friendly with flying colors

Every time Luis Enrique has opted for him, Nico Williams has gone up a step in the three games he has played with Spain. Against Switzerland, in what was his debut with the national team, he came out in the second half and led his team’s permanent attacks to try to at least add the tie, which ultimately did not come. Days later, the Asturian pulled him back to unblock the team and seek victory against Portugal, the only result that opened the doors of the Final Four of the League of Nations. The Athletic winger revolutionized the scene and gave an assist to Morata which was the winning goal. And this Thursday against Jordan, in the last test before the World Cup, the Navarrese had twenty minutes and got oil again when he debuted as a scorer in La Roja.

The play could not have gone better for the Gijón coach, who had been looking for a different and unbalancing footballer for some time that would allow him to destabilize rival defenses with that innate spark that has made Nico a young man with personality and without fear of always looking forward. That is why he has included him in the list for Qatar, because he brings him freshness and self-confidence in flat crashes, without electricity, with the defenses tightly closed. He had asked Luis Enrique to look more at the goal, that he has the gift of performing like few others in the vicinity of the area and that he cannot miss it.

Against Jordan, the rojiblanco came out at a difficult moment because the carousel of changes had generated some collective confusion and because the duel was sentenced with the clear 0-2 on the scoreboard. The national team had entered a phase of a certain nap. But that did not matter to him a few days after the premiere of Spain in Doha. He stuck to the left flank and in minute 83 he received a ball that he converted into a goal after turning and making a good strike with his left foot.

Nico had come in to replace Ansu Fati. Luis Enrique admitted that he had many doubts about taking him to the World Cup. Not because he questions his talent, but because he could arrive at the big event in Qatar without filming, in which the demand will be maximum. But Spain needs a goal, one of his endemic ills in his attempt to rebuild, and the Catalan has it and does not stop looking for it. Perhaps so that he would not feel pressured, the coach pointed out in his next appearance before the media that he not insist that the culé is still touched by an injury and announced, something unusual for him, that he would start against Jordan.

The reborn Ansu Fati picked up the glove and made it very clear from the first minute that he was not going to take the clash as a simple friendly match. He was clear that it was a test and he had to overcome it. At the beginning he had difficulties advancing on the wing because Laporte played as a winger in the absence of Gayá and the combinations had no bite. Until the reborn Ansu Fati found his best ally in Asensio and got the target that opened the can in the 13th minute.

It is curious that two of the footballers with the most tickets to fall out of the World Cup were the ones who stood out in Amman. They were joined by a graceful Nico Williams and a very powerful Gavi who is aiming to start against Costa Rica.

Eintracht in the individual criticism: the artist Mario Götze 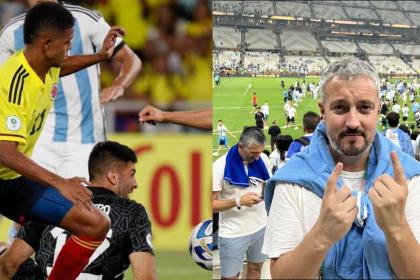