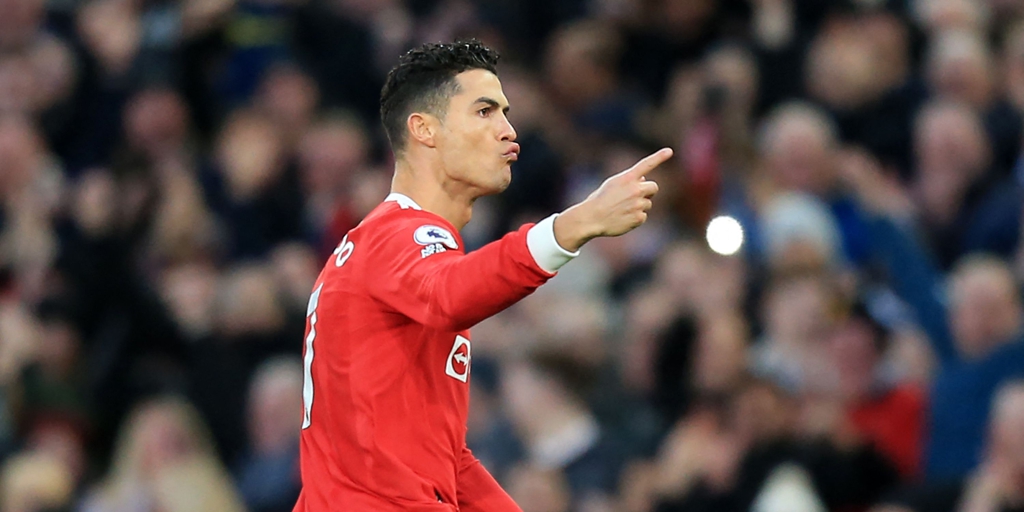 The Manchester United has officially announced this Tuesday that it has reached an agreement with Cristiano Ronaldo (37 years) for the termination of the striker’s contract, who leaves the team with immediate effect. In a statement, the English entity thanked the Portuguese for his contribution during his two spells at Old Trafford, in which he has scored 145 goals in 346 games, and wishes him and his family the best for the future.﻿

“Following discussions with Manchester United we have agreed to terminate our contract early. I love United and I love their fans, that will never change. However, I feel that it is the mright time to look for a new challenge. I wish the team all the success for the rest of the season and for the future,” confirmed the Portuguese star, who is now free to sign for any team.

The break between Manchester United and Cristiano Ronaldo It was an open secret due to the tense relationship between both parties throughout this season, in which the player already joined training later than his teammates after he sought his way out in the summer to be able to play in the Champions League with another team. A tension that increased as the course progressed. The relationship between club and player, who had a contract until June 2023, became unsustainable after the statements by the forward, who is in Qatar with the Portuguese team playing the World Cup, in a recent interview in which he criticized the entity and His trainer.

In that interview, Cristiano explained how his last months at the English club have been and, especially, his relationship with Erik Ten Hag, the manager who joined the club last summer from Ajax. “I feel betrayed. I’ve felt that some people don’t want me here. Not just this year, last year too. They have made me the black sheep », confessed the Portuguese, who charged against his coach. «I have no respect for him because he does not respect me. If you don’t have respect for me, I’ll never have respect for you.”

The former Real Madrid and Juventus player stated in that same interview that the Glazer family, which owns the club, was more concerned with Manchester United United’s potential revenue generation than with sporting results.

Cristiano Ronaldo puts an end to his second spell at Manchester United, a club to which he returned in the summer of 2021 from Juventus, who transferred him in exchange for 20 million euros. A return that has not been as expected by the Portuguese, faced with Ten Hag practically since the Dutchman took over the locker room.

Cristiano leaves in the middle of the break for the World Cup in Qatar, where he is concentrating with his team, but he has already sought a way out of the team Old Trafford in summer. The Portuguese star’s wish was to be able to play in the Champions League, a competition for which the Manchester United they did not qualify last season despite their goals. His acts of ‘rebellion’ cost him a place in the Dutch coach’s eleven, and he was even temporarily removed from the team after leaving the game against Tottenham early by refusing to go out on the field for the last three minutes of that duel.

The definitive trigger for Cristiano’s goodbye to the Old Trafford team was the interview he gave to ‘TalkTV’, in which he was very critical of the club and his coach. «When I signed for United I expected something to have changed, but I was surprised for the worse. Right now it is not at the highest level, they have not moved, it is as if the clock had stopped, “he said, among other things.

The divorce between Manchester United and Cristiano was expected and the footballer’s agent, Jorge Mendes, has been moving in recent months to offer its services. The names of teams such as Atlético de Madrid, Bayern, Chelsea, Naples or Sporting Lisbon, the club in which he was formed, have appeared in the press, but the only concrete offer for the star is the Portuguese team. Came from Saudi Arabia.

Cristiano Ronaldo, who is willing to play beyond the age of 40, currently shows a level of play that could still be of interest to some clubs, but hardly to the cream of European football. AFP points to three main options for Cristiano. The Sporting Lisboa remains a destination with a seductive look for the star, to “close the circle”, while the Chelsea It appears in some pools, with its new American owners, who could be seduced by its facet of marketing. The third clue would take him to the American MLS, where the Miami Inter It would open the doors for him without a doubt, as well as for Leo Messi.

The English press has pointed to the Newcastle as a possible destination for Cristiano Ronaldo, who is already a free agent. If he finally signs for a European club, the striker will not be able to be registered until the opening of the winter market, on January 2