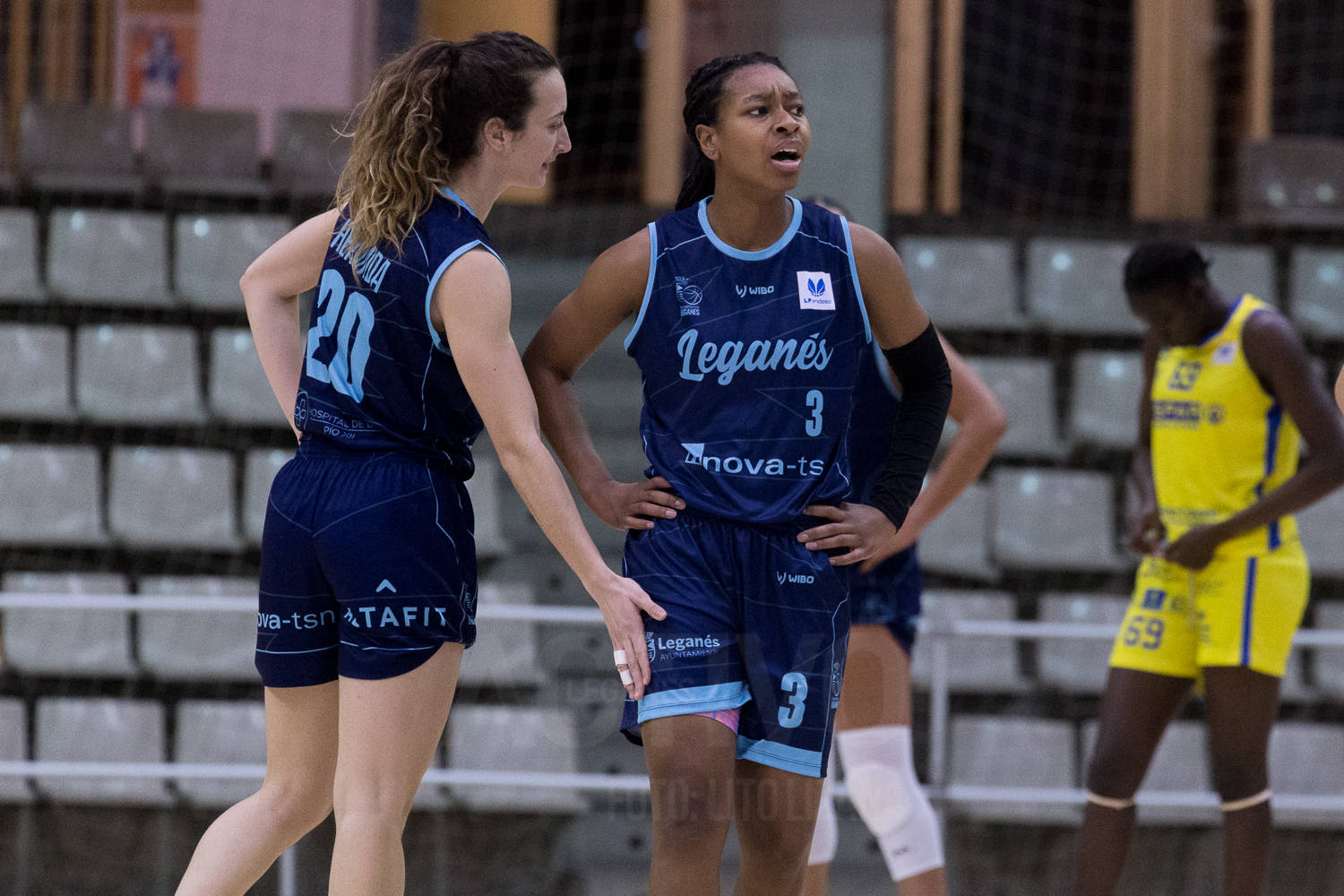 Basketball Leganés entered the game very plugged in but in a matter of minutes it deflated, leaving Gran Canaria to take the reins of the game at will. In just two forgettable minutes, Gran Canaria broke up on the scoreboard, scoring 10 points. Thus came the middle of the first quarter with a 2-12 scoreline that, far from waking up the locals, sank them making a much more staggering game and without anything going right, signing the maximum distance with 3 minutes remaining. the first quarter: 9-23.

Although Gran Canaria continued to score at will, a change by Nacho García that brought in Salinero, repositioned the game, finding a brief ray of light that made the pepineras score. Nevertheless the first half was still chaotic ending with a 14-33.

The second quarter started with both teams showing the same intensity on the track, but the success rate was not close. While Gran Canaria enjoyed an accurate approach to the basket that made everything seem very simple, the pepineras choked on the shot while the defense left unforgivable holes. The difference became even more insurmountable and the second quarter ended with a 25-54.

Nacho García’s team returned from the locker room with a calmer and better positioned game although Gran Canaria gave the first blows with a triple and a basket that increased the difference (25-59) in two minutes. Very comfortable, the island players shot at will, testing from all distances, while the locals saw the basket getting smaller and smaller.

With a score of 34-67, the intensity with which Nacho García instructed his players cost the coach the first technique, who saw the second when he protested vehemently forcing him to leave the field. After that, a fall by Holesinska after a contact with Salinero caused a free kick to be whistled by the Europa pavilion. A triple by Marta Hermida raised the public of Europe who were looking anxiously for their team, without success. The room ended with a controversial basket on the buzzer that made it 39-72.

The baskets followed one another in a last quarter in which Spar Gran Canaria only had to maintain its advantage, while Innova-tsn Leganés tried to reduce the great difference in the score, with Olmo Gómez in command of the pepinero bench. Khayla Pointer made it 47-81 after a 2+1 with 6:23 to go to finish the match, but Innova-tsn Leganés saw how the minutes fell on the scoreboard and was unable to reduce the lead on the scoreboard.

Finally the match ended 63-91 harvesting a bulky defeat that hurts especially against a direct rival. Thus, the team left Europa hoping not to have to remember this game in the last days of the Endesa League.