Eduardo Luis in Win Sports LIVE: he was saved from falling into a heavy joke on social networks on the air | football curiosities 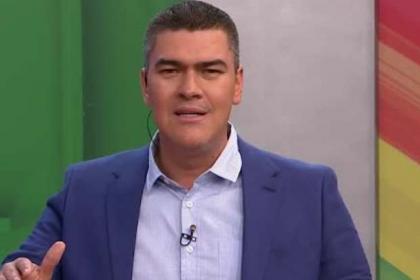 Eduardo Luis López was saved this Tuesday from being the center of ridicule for the match that he broadcast between Patriotas Boyacá and Deportivo Pasto, on date 16 of the BetPlay II-2022 League.

The narrator is not only aware of the plays, the funny comments, the nicknames and calling the goals with his particular style; He is also aware of the social networks and the messages sent by the followers of the sports channel.

Thus, while describing the plays of the Patriotas-Pasto match, Eduardo Luis and Ricardo Henao decided to enter into a dynamic: that the fans write to greet the neighborhoods of Tunja and Pasto.

Suddenly, the message from Carlos (@Irriducibili) arrived: “Greetings from the Ledezma Madas neighborhood, in Lima, Peru.”

Eduardo Luis began to read it, but stopped just in time, because he had caught the trap. “Ha! No, I’m not going to read that. Greetings to everyone in the Ledezma neighborhood,” said the narrator, laughing at the moment.