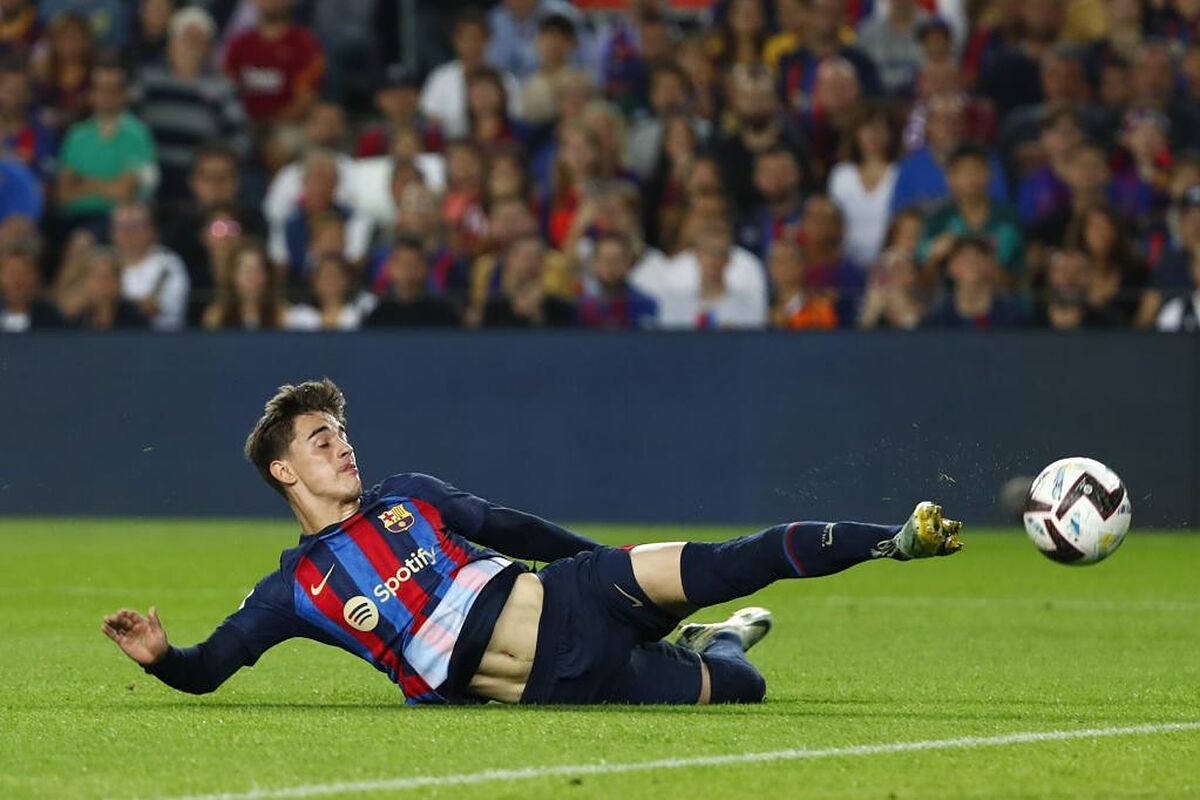 Gavi He retired injured half an hour into the game. The Andalusian received a hard blow in the right groin area after a fortuitous encounter with Dani Garca. At first, the player, after being attended to on the pitch, decided to continue, but quickly threw himself on the pitch and asked for the change. kessie he entered for him in 33.

The azulgrana has gone directly to the locker room to be examined by the doctors. Any inconvenience now jeopardizes this tight stretch of the calendar and also the World Cup. In the next few hours, the result of this first exploration will be known, although at first it does not seem that it will be very serious.

The Andalusian also faced the changing room tunnel accompanied by Jordi Alba. The winger, who has lost the title band, acts as captain. “When you don’t play, you have to be with those who play, support them. That’s how it has been on my part. Give my best to my teammates”, that’s how the Catalan explained his new role in the team a few days ago.

The Catalan had to leave the field of play in the final stretch of the match and leave the team with one less due to shoulder discomfort. the of Reus I left on a stretcher and with many signs of pain.

The Barcelona has right now, and waiting for the scans to Gavi and Sergio Robertoto three players in the nurse. Christensen, Memphis y Araujo they are still injured.