“The best game of my career”, says Alcaraz 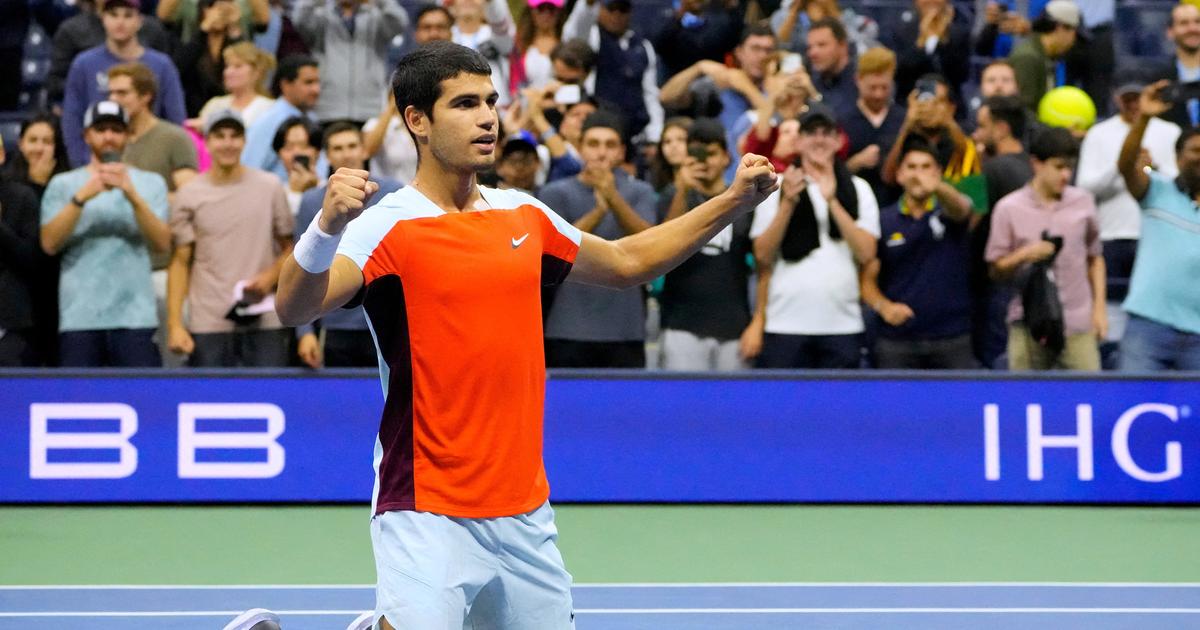 Qualified for the semi-finals after an exceptional match against Jannik Sinner, the Spaniard was thrilled at a press conference.

Titanic, epic, endless. At the end of an exceptional 5:15 match, which he considers to be “the best” of his career, Carlos Alcaraz qualified overnight from Wednesday to Thursday for the semi-finals of the US Open by beating Jannik Sinner .

How do you feel after such a fight?

Carlos Alcaraz : I’m tired but at the same time, I’m very happy to have emerged victorious from such a difficult match against Jannik. The level to which we evolved was incredible. Great quality of tennis, concentration, mental, physical. Both of us went to find our limits and we maintained a spectacular level for 5h15. I would say it’s the best match of my career. For 5h15, from the first ball to the last, we produced tennis of immense quality, Jannik like me. In every set there were huge points and we both came close to losing or winning. It’s a game that Jannik and I will remember for the rest of our lives.

Read alsoAlcaraz, Swiatek, what to remember from the night at the US Open

How do you envision your first Grand Slam semi-final, against Frances Tiafoe?

It’s a new step. I have emotions on edge. Lots of things came to my mind. I spoke to my father, to my mother. I keep thinking I’m in the Grand Slam semi-finals for the first time. But it will be very, very hard. Everyone knows the level of Frances: he beat Rafa Nadal, Rublev in three sets. He plays incredibly fair. He is full of confidence. He loves the public, this court. I will have to be at my best. But for the moment, I’m thinking about the game I just won, I’m enjoying the moment. I have a day off to think about the semi-final.

The audience at the US Open is amazing, it’s the best in the world

You are going to play your first Grand Slam half, you have secured your place in the ATP Finals (Masters). How do you welcome all these successes?

Pretty good! It’s great to have qualified for my first Grand Slam semi-final. Especially here at the US Open, it’s an amazing tournament. The audience is amazing, I would say it’s the best in the world. The energy he sent us onto the court at 3 a.m. was unbelievable. Elsewhere, people would certainly have gone home.