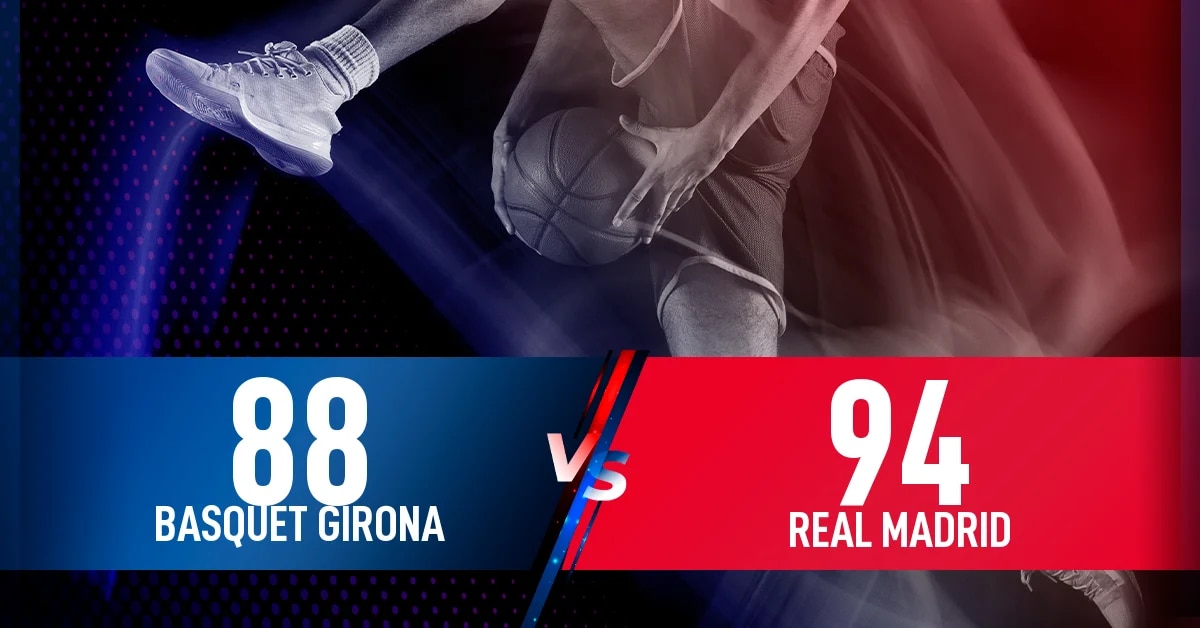 The first quarter was marked by the leadership of the Basketball Girona, in fact, got a run in this quarter of 11-2 and increased the difference to a maximum of 12 points (17-5) until finishing with a result of 20-17. Later, during the second quarter, the Real Madrid players managed to recover points until they came back from the game, in fact, the team got a partial during this quarter of 15-1 and had a maximum difference of 10 points (29-39) during the quarter , which concluded with a partial result of 16-28. After this, the rivals reached the break with a 36-45 on the scoreboard.

During the third quarter the visiting team managed to distance themselves in the light, in fact, the team got a partial in this quarter of 13-2 and made the maximum difference (12 points) at the end of the quarter until it ended with a partial result 21-24 (and 57-69 overall). Finally, in the last quarter the locals reduced distances, in fact, they got a partial 11-2, although it was not enough to win the match and the quarter ended with a partial result of 31-25. After all this, the game ended with a final score of 88-94 for the visiting team players.

The next shock Basketball Girona it will be against him Lenovo Tenerife in the Insular Pavilion Santiago Martin. For his part, the Real Madrid will face the Monbus Workshop in the Wizink Center.