The management of confusion by the trio Draymond Green, Stephen Curry and Klay Thompson

Assembling superstars is often not the most complicated thing, often it is to make the egos cohabit and to keep the core for the long term in order to build a dynasty. We no longer count the super teams that have imploded, and we must not go back any further than last season with the Nets, who had to exchange James Hardenand who now see Kevin Durant also request a trade.

The Warriors have managed to keep their core Stephen Curry, Klay Thompson et Draymond Green, who have always hit it off and played together since Green joined in 2012. But sometimes there are a few fights, but it doesn’t last long. In his podcast Green, the most expressive of the trio, returned to these moments of tension.

“Honestly, we haven’t had a ton of fights because that’s not how our personalities work,” Green said. “I’m the one who yells the most, and most of the time they ignore me, so much so that if I yell and one of them responds, I don’t overdo it and I don’t go into it. a contest of who will shout the loudest. So when I say something and they disagree and they hit back, then they hit back and that’s it. We’re not going to spend hours there, that’s not how we work.

The strength of this duo is also to say what they have to say and everything is always clear between them. And when there are problems, they know how to solve them quickly.

“I do most of the talking,” explained Draymond Green. “Either it leads to us having a conversation and discussing what I think and what they think and how we can find a solution, or if it is in a hot moment, in the heat of the action and I say ‘Klay, stop shooting’ and he rebels and shouts back, then it goes up, then we go our separate ways. Or if I say something to Steph and he gets upset and retorts, which happens once every 36th of the month, I’m off and just mind my own business. »

Curry and Klay aren’t the most talkative, and they’ve always taken Green’s persona well, and that might not have been the case with every superstar. 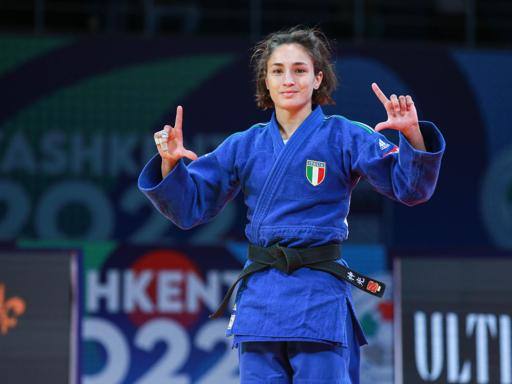 Judo, the Neapolitan of Scampia Assunta Scutto is bronze at the World Championships