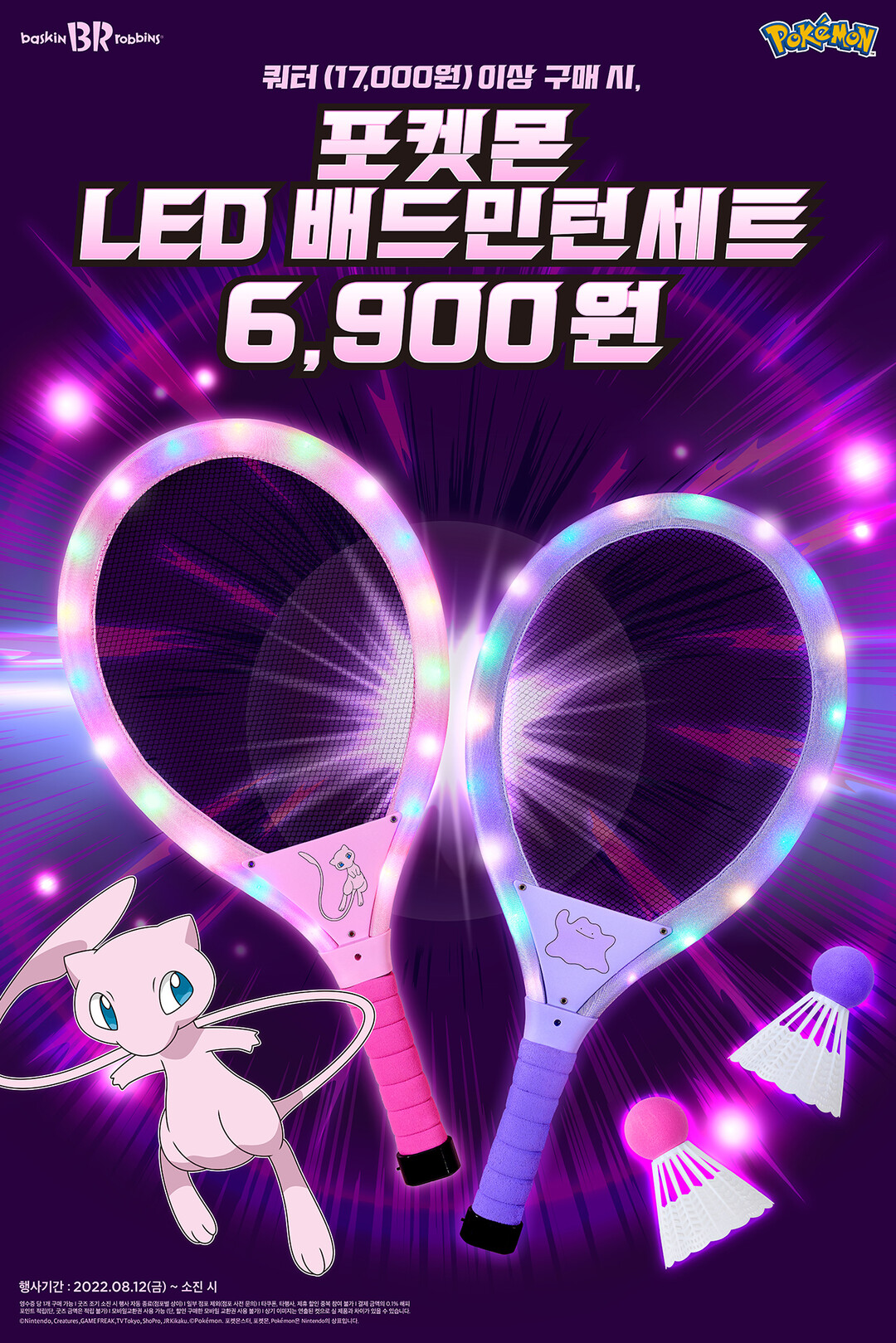 Pokemon ‘Mew’ and ‘Metamon’ drawn on the racket add cuteness

The ‘Pokemon LED Badminton Set’ consists of a racket that emits an LED light when the power switch is turned on (2 pieces) and a shuttlecock (2 pieces) that lights up every time you hit it. It is equipped with an LED battery and can be used at night, so you can enjoy badminton regardless of time and place.

In addition, it is composed of a total of two designs, the ‘Mew Racket (pink)’ and the ‘Metamon Racket (purple)’ with the popular Pokemon characters ‘Mew’ and ‘Metamon’, which stimulates the desire of Pokemon enthusiasts to collect them.

To commemorate the launch of the goods, Baskin Robbins is conducting a ‘pre-booking promotion’ until the 11th. Through the Happy Order app and KakaoTalk ordering, the ‘Pokemon LED Badminton Set’ will be sold at 5,900 won by applying a 1,000 won benefit when pre-ordering an ice cream quart (17,000 won) or larger. In offline stores, starting from the 12th, purchases of quarter size or larger will be available for 6,900 won.

An official from SPC Group Baskin Robbins said, “We have launched the ‘Pokemon LED Badminton Set’ with the hope that consumers will take care of both health and fun.”