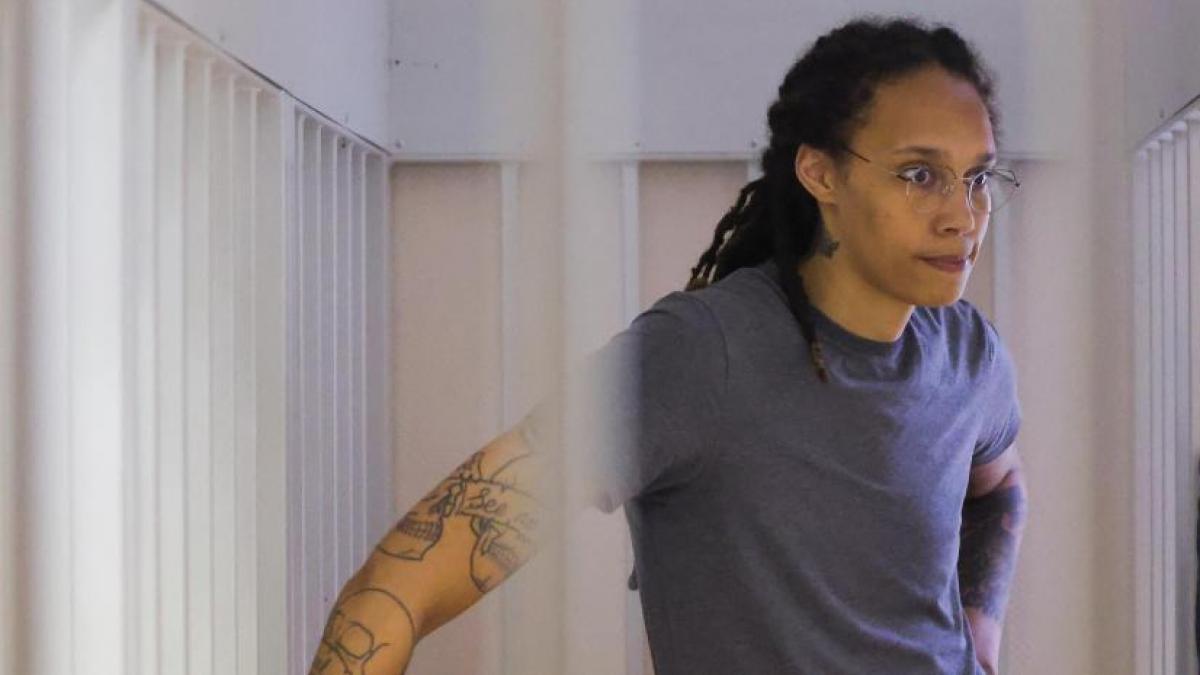 His fate was already cast before he begged for mercy.

The ruling, “unacceptable” for Biden, comes in the middle of the prisoner exchange negotiation between the US and Russia

American Brittney Griner, a 31-year-old basketball player detained in Moscow since February, was found guilty of drug trafficking with criminal intent in fear of her being used as political pawn by the Kremlin in the war against Ukraine.

The court imposed a harsh sentence, nine years in prison, for carrying two hashish oil vapor cartridges (0.7 grams) in her luggage for consumption, according to Griner, an Olympic medalist who combined her Phoenix team with another in Russia. She knew the decision stuck in a cage, as if she were a very dangerous person, while the two countries negotiate an exchange of prisoners.

US President Joe Biden immediately issued a rejection statement. “An American citizen has received a prison sentence today that is a reminder of what we already know. Russia improperly detained Britney. It is unacceptable and I demand that Russia immediately release her so that she can return to her wife, her loved ones and her companions,” he said. And he promised that “my Administration will continue to work tirelessly and pursue every avenue possible to bring Britney and Paul Whelan home as quickly as possible.”

Whelan, 61, a former marine and company security executive, was arrested in 2018 and is also serving a 15-year sentence for alleged drug trafficking. He had several marijuana vapor cartridges in his possession and, like Griner, he explained that he carried them for his own use, to relieve physical pain.

The two are part of the prisoner exchange negotiations. In exchange for Griner and Whelan, the United States offered to send Viktor Bout, known as the merchant of death for being the supplier of weapons to terrorists around the world to hunt down Americans. After being arrested in 2008 in Bangkok, he was extradited to the United States in 2010 and sentenced in a New York court in 2011 to 25 years in prison, which he is now serving in an Illinois prison.

Last week Antony Blinken, Secretary of State, and his Russian counterpart Sergei Lavrov had a telephone conversation to discuss this matter.

Washington has always described the cases of its two citizens as “unjust detentions.” There was a stir when the negotiations emerged because one of the most wanted criminals was exchangeable for two people with no criminal history, and this could mean a call to arrest US citizens to use them as currency.

But Russia did not seem to like the offer. After criticizing “megaphone diplomacy”, Russian sources indicated that they want a two-for-two. The second of his claim would be Vadim Krarsilov, convicted in Germany for shooting down a Chechen opponent in Berlin in 2019. The United States considered this unfeasible, among other reasons because that accused of a blood crime is detained in another country.