La Mareona sells out tickets for the premiere in Miranda 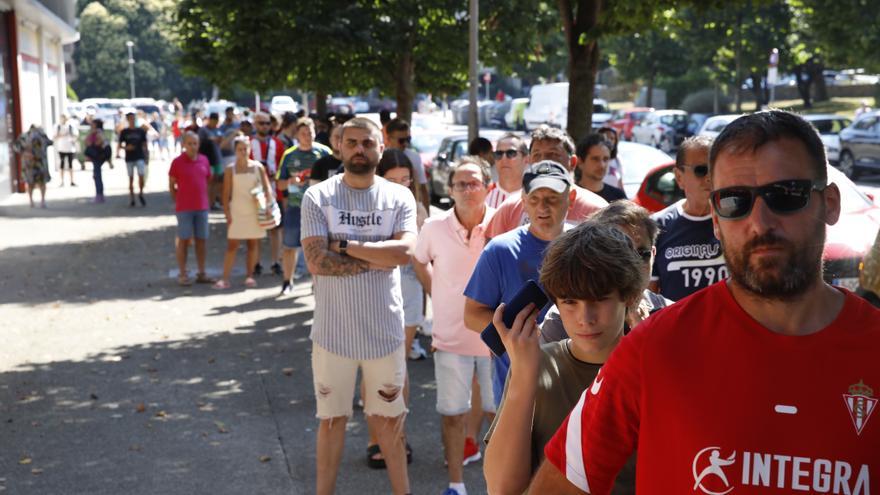 The illusion of sportingism is still fired. La Mareona has sold out the 700 tickets sent by Mirandés with a view to Saturday’s match (7pm) in Anduva, in the first match of the rojiblanco club in this new era that starts with Orlegi. In just two days, the red and white fans have exhausted the paper. Today and yesterday there were long queues around the El Molinón ticket offices. At times the queues of those who came to register with those who aspired to have a ticket for the debut were mixed. Mirandés cannot send any more tickets this way. All in all, more than a thousand Atletico supporters are expected in Miranda de Ebro. There is another way to go to the stadium:

The Atletico fans who wish can send an email to “entradasabonados@realsporting.com” to get in touch with the club and seek access to the Anduva municipal club, according to the Atletico club. For reasons of deadlines, it is not possible to send another consignment of tickets to Gijón, so the club offers this route to its fans. Therefore, nearly a thousand Atletico fans are expected to be with the team in its league debut. In addition to the tickets dispatched in Gijón, tickets could also be obtained at the Miranda del Ebro box office, so there will surely be a great rojiblanco atmosphere in the Jabatas stands.