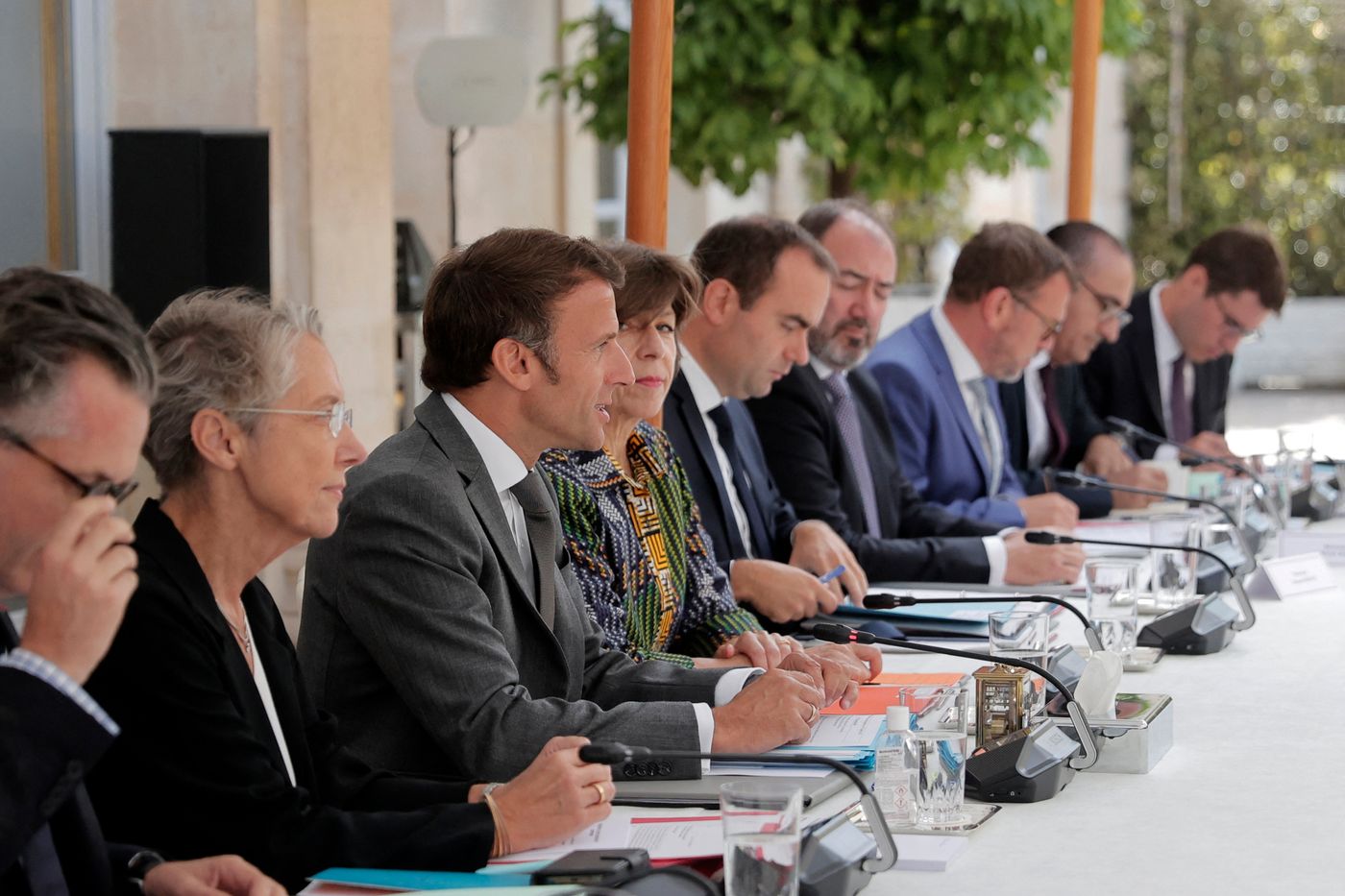 A “site” meeting was organized at the Élysée Palace on Monday July 25, to discuss the organization of the Paris 2024 Olympic and Paralympic Games. About ten ministers were present around the table, as well as Tony Estanguet (president of the committee organization of Games), the prefect of police and the prefects of the Île-de-France region.

Two years before the opening ceremony (scheduled for July 26, 2024), this update aimed in particular to address issues of security, budget, but also employment and the progress of the work. At the end of this meeting, the Élysée said to itself “reassured” on all these points.

The security question, in particular, occupied the discussions, a few weeks after the fiasco of the Stade de France. The figures communicated by the Presidency of the Republic mention the daily mobilization for the Olympics of 7,000 to 11,000 law enforcement officers, depending on the nature and scale of the events. The number of police present on the ground during the opening ceremony will not be determined “only once the artistic concept has been decided”.

In addition, eleven new mobile force units should soon be set up, under the Lopmi law. The executive also mentions 173 technological innovations being studied for “support” ces agents.

The national navy will also be mobilized for nautical events, as well as the air force, in the context of the fight against drones. The Élysée specifies that the Sentinel operation could be reinforced according to the needs. Alongside them, 17,000 private security guards will monitor sports facilities, and between 22,000 and 25,000 including all sites.

The state is also concerned about cybersecurity issues, citing the 4 billion attacks that Japan would have suffered in 2021, when the country organized the Olympic Games. He announces a reinforcement of the prevention teams.

“The budget will be kept”

The executive also says he is confident about respecting his budget commitments, despite the uncertainties around the evolution of inflation. In total, between 1.7 and 1.8 billion euros of public money will be injected into the organization of the Games. On this budget, inflation has increased the envelope by 140 million euros for the State and communities. Among the solutions envisaged to absorb this additional cost, the State plans to multiply partnerships with brands and companies, or to dip into the “contingency reserve” of 315 million euros.

The Élysée ensures it, no “Olympic tax” will be put in place. And ticket prices should not suffer from the economic context either. Of all the tickets on sale, half will not exceed €50, and nearly a million will be offered at €24.

The executive also welcomed the progress of the work at a time when 35 structures are still under construction: 95% of the sites hosting competitions were already existing or of a temporary nature. According to its forecasts, the construction process of the Olympic Village will meet deadlines and constraints.

Finally, the government praises the balance sheet linked to employment and certifies that the million hours of work for people in professional integration have been exceeded. The target is 2.4 million by the start of the Games. These jobs would have benefited more than 1,500 people, including more than 70% with a CAP level or less than the baccalaureate and largely from Seine-Saint-Denis.

A new stage point is planned for the start of the school year, with representatives of the town hall of Paris and the Île-de-France region, elected officials from Seine-Saint-Denis and the French Olympic Committee.