When the first half is over and the players head towards the halfway line to the cabin aisle, Oliver Christensen still has a few things to do. He drives like a wrong-way driver on the autobahn: all his colleagues meet him. Christensen, the new number one from Hertha BSC, runs to the goal in front of the Berlin fan corner, where his substitute has just started to be warmed up by goalkeeping coach Andreas Menger.

“Rune Jarstein!” shout Hertha’s fans behind the goal. Christensen goes to Jarstein, shakes his hand, then he hugs him to his chest.

It’s a special situation. For Christensen. For Hertha fans. Above all, of course, for Rune Jarstein, who will be 38 in the fall and who has another year under contract with the Berlin Bundesliga club. In Hertha’s test match at regional league club Babelsberg 03, head coach Sandro Schwarz makes a complete change at half-time. Of all the newcomers on the Berlin side, the stadium announcer at the Karl Liebknecht Stadium only mentions one player by name: Rune Jarstein. The 3695 spectators applaud, some stand up from their seats in the stands.

A lost year for Jarstein

A lost year lies behind Jarstein. In March 2021 he was infected with Corona, so he had to go to the hospital, suffered from heart muscle inflammation as a result, and when he was finally fit again, he injured his knee. “Rune was incredibly unlucky,” says Hertha’s goalkeeping coach Andreas Menger. On Saturday he will be in goal for the first time in 468 at a football game.

The fact that Hertha won the match 1-0 (1-0) with an early goal from Marco Richter is rather irrelevant. Everything revolves around Jarstein. He wears the captain’s armband, plays with the Berlin fans in front of the curve, and whenever he gets his drinking bottle from the net, Hertha’s supporters call his name. “Rune deserves it,” says Black. “When a player has health problems and has been out for a long time, it affects you, not just as a coach, but also as a person.”

It takes five minutes after being substituted on before Jarstein gets the ball for the first time. After a back pass from Linus Gechter, he plays the ball with his right outside instep to Julian Eitschberger on the right. “It was very nice to be back on the pitch,” said the Norwegian after the game. He doesn’t get much to do, especially not with his hands.

And yet: “I was very happy. It was a great feeling.” And still a bit unusual. Once Jarstein wants to hit the ball out of the penalty area. The Babelsberg attacker Matthias Steinborn intervened, blocked the shot, conquered the ball – and finally put it on the post of the empty goal. “I made it a little bit exciting,” says Jarstein.

In the spring, after a break of almost a year, the former Norwegian national goalkeeper returned to team training at Hertha. But there were serious personnel problems in the goalkeeper position, so Jarstein was not a real option in the final phase of last season. The next few weeks will decide whether he can be that again in the future. “Both knees are very good, the body is also good,” says Jarstein. “I train well. I step on the gas. If the coach needs me, I’m ready.”

If Sandro Schwarz comes to the same conclusion in the next few weeks, Jarstein will start the season as number two behind Christensen. Otherwise, Hertha would have to become active again on the transfer market. In the first ten days of preparation, Menger found Jarstein much more focused than in the spring. But games are a different story than training. “It’s been a long time,” says Rune Jarstein. But: “The past is the past, now I’m thinking ahead.” 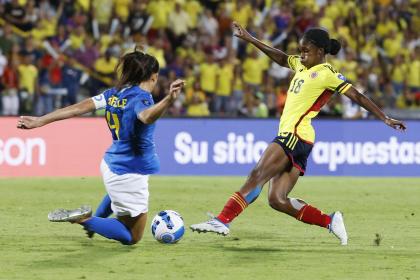