Rafa Nadal: “I’m not afraid of life outside of tennis” 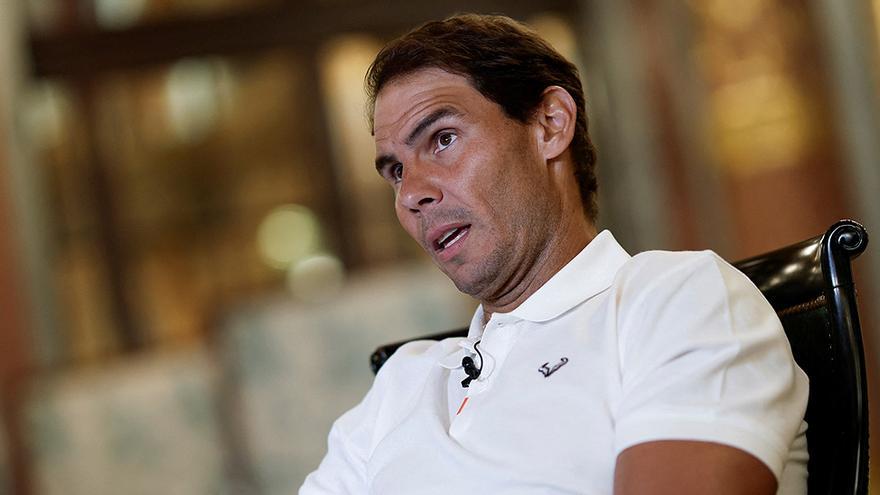 Rafael Nadal appears happy and smiling in the majestic Opera hall of the Hotel Intercontinental Le Grand in Paris Where have you stayed these weeks? He limps visibly. The anesthesia in his foot is no longer working. He has been used to pain for a long time. He sits in an armchair, with his left shoe undone, due to the inflammation of his foot. Prepared for the usual day after a triumph at Roland Garros. The 14-time champion had previously been on the Alexander III bridge in Paris taking the traditional photo with the Musketeers Cup with the image, behind him, of the Golden Dome of the Les Invalides building where Napoleon Bonaparte’s tomb is located. The night before, he celebrated his victory in the same hotel with a private dinner of about 80 people, including family, friends, such as Pau Gasol who traveled with his wife to see the final, his entire team and his sponsors.

Dressed in a white short-sleeved shirt and jeans, sitting in a comfortable and classic chair, under the impressive glass ceiling of the oval room built in 1862 and where Victor Hugo held parties and receptions, the tennis player attends to the special envoys of the press Spanish. “Isn’t it weird me sitting down and you guys standing up?” he asks.

If you don’t record it, I’ll show it to you later without any problems, I’m delighted, although you wouldn’t like it.

Did you have a good night?

No, because my foot hurt. It’s like this when I wake up after two and a half weeks taking loads of anti-inflammatories and painkillers, practically every six hours. There was no other choice though I can’t take that in eternum.

How long does anesthesia last?

It depends, it’s not mathematical, but about seven or eight hours.

Is the prick painful?

On the track he has endured physically.

Yes, apart from that, physically, the truth is that I am very well. I’m not going to lie to you, I’ve been very good for two weeks.

“Winning 14 Roland Garros is difficult but not impossible, I’m not super-chosen”

Has the prize of winning Roland Garros been worth it?

On a tennis level it has an important value and on a mental level it is a great personal satisfaction, that is what I value the most. Especially after living what I lived in Indian Wells with a broken rib and in Rome that I was lame and then I spent many days without training.

Did you fear not being able to play in Paris?

I knew I was going to be able to play because you can play with your foot asleep. But to be able to put all this aside and be able to focus on tennis and play at a level means that mentally I have been fully prepared to take on the challenge.

Can you play without foot sensitivity?

You have control of the foot, what happens is that you do not have any sensitivity. The feeling is worse, it is a reality. So that we understand each other, they numb my sensory nerve because if they numb your motor, you can no longer move your foot. In the final my fingers fell asleep too. With the ankle you have control, less if it is asleep, but in a way what is necessary to be able to compete. You go from playing lame to playing without pain. I was able to win the tournament because I was able to move and I was able to run, it’s the reality.

There is no tomorrow without pain. You have to be realistic, last year after losing against Djokovic I was lame for two and a half weeks. When you stop playing the first weeks are bad but in my daily life it is not a problem. There comes a time when it stops hurting. It bothers me, but it’s not a pain like I feel when I’m training.

What is the goal of the next treatment?

They are going to do a pulsatile radiofrequency on the nerve to try to achieve the sensation that I have when I play with my foot asleep, which is to maintain it permanently. With that, if it works, it’s going to take some of the sensitivity off the top of my foot, but there’s one good thing: it’s been shown that I can play with distance blocks. If it works, it will take away that feeling of pain permanently, and while it doesn’t fix the problem, continuing to play does.

He already has 14 Roland Garros, who can beat him?

It seems difficult, but it is not impossible. Yes I have done it, I suppose it can be repeated. I’m not going to be a superelected. It is evident that many circumstances must occur, as in my case, they have occurred. This is obvious.

“Winning the Grand Slam is crazy, I’m satisfied with being able to play all four”

Has Australia won Wimbledon and is thinking about the Grand Slam?

It’s crazy even being perfect. It’s something no one has done since Rod Laver. The one who came closest was Novak last year. I don’t even consider it. More than winning the Grand Slam, he would sign to be able to play all four tournaments.

He was the last youngest champion at Roland Garros and now he is the oldest. What do you say?

First, that many years have passed and second, that I have achieved it against all odds, the first being mine. I thought I wouldn’t have such a long career…

Always with the same team.

The one of all my life, except for Toni (his uncle) who left but I talk to him daily and I have a personal relationship, above all else, but also tennis when it comes to talking about tennis. My base is always the same even though it wasn’t my team, they were close friends of mine. It’s a big team. In the end I need more people to cover all the houses. At this point in my career, having Marc helps me, at the coaching level, but also at the training level. He has a great level of tennis and at the level of training specific things that many times is what I need and it is the only thing I can do, having someone like him helps me.

Will he play Wimbledon?

I love that tournament. I love to play it but it will depend if my body is fit. But now I don’t have a clear answer, really. Wimbledon has always been high on my calendar but I’m not going to play it if I need to numb my foot again. If I can do it with just anti-inflammatories, yes.

Since your first Roland Garros, how much has tennis changed?

Everything changes in this life. It is played in a faster way and we do not have to adapt to things. Before, a more classic tennis was played on clay courts, tennis more like Casper Ruud’s, and today there are fewer players playing this type of tennis. Even I don’t play it anymore most of the time.

What have you changed?

This year I changed the weight of my racket, I changed the string. I was playing with 1.35 and now I play with 1.30. I put more lead in the head to get a little more power and something unusual is that I switched to the old racket two days before this tournament to play on clay. I felt like I didn’t have enough control to play on this surface. Two days before the start of this tournament, thanks to Babolat who made the effort to prepare my rackets in one afternoon and they brought them to me. And from there my sensations of control improved.

How do you imagine life outside of tennis?

Just as I have experienced it many times in my career after not competing due to injuries. I have always been happy outside of tennis. It is not something that makes me lose sleep or have any fear of my life after tennis. On a physical level I have what I have. I think that at the level of the foot, if I want to, I will be able to remove the pain in a quite definitive way. What happens is that to get rid of the pain I have to do an operation that is to fix my foot and if I fix my foot I won’t be able to continue playing tennis, but that will have to be seen later if the treatment doesn’t work.

Is parcheesi a good therapy?

Parcheesi has one thing that happens to you for an hour and a half, two hours without realizing it, and it’s also a way to let go of the machines. You are not all the time with the mobile. For me it is also something positive that at some given moment, you are with the team, playing, without being aware of your mobile phone before games or when you are in an airport between hours. It is a mere distraction and it is a competition that we have between us and that we laugh at. We have an annual ranking. 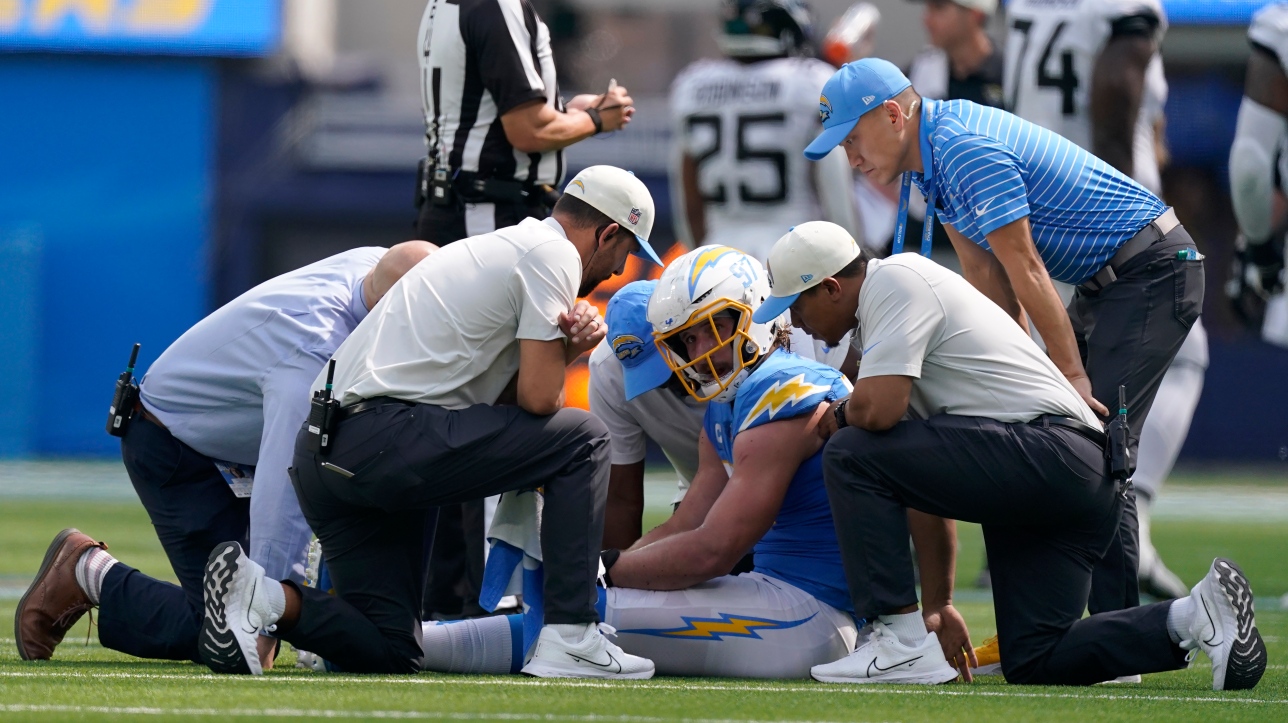