Only one Bayern star: Kimmich and Meyer get married in a small circle 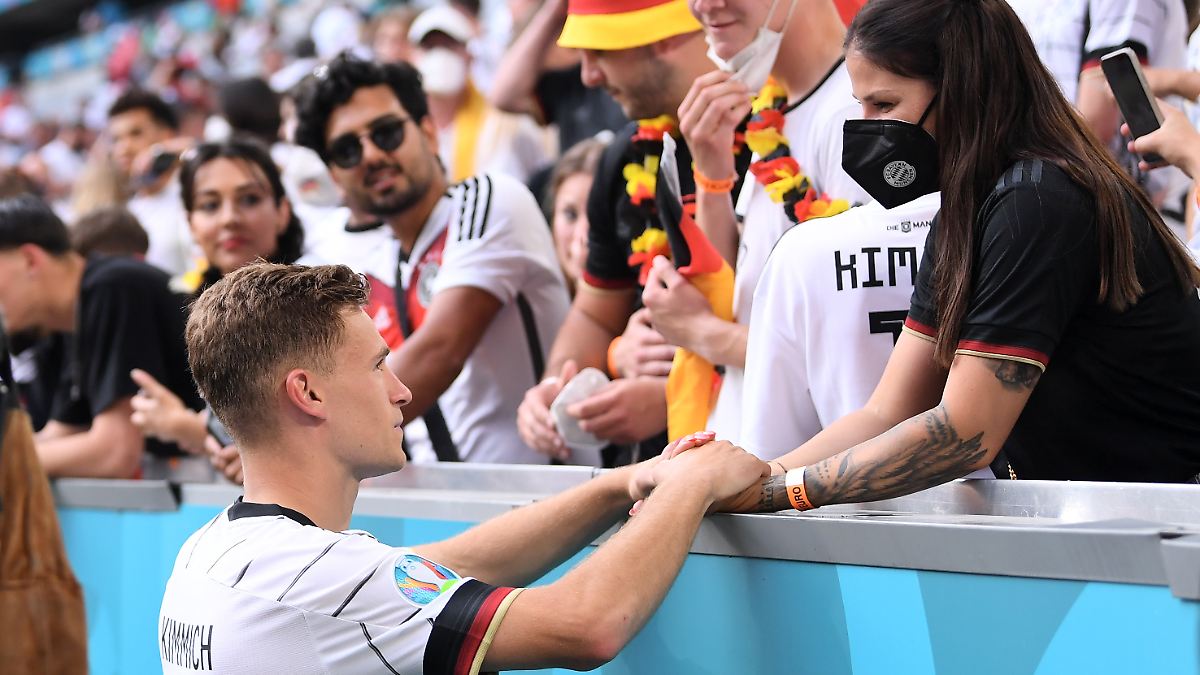 Just a few weeks ago, Joshua Kimmich and his longtime partner Lina Meyer had a third child. Now they’re getting married without much notice, and the bride shares a photo from the wedding where she’s all white and hugged tight by her new husband.

In April, Joshua Kimmich and his longtime partner Lina Meyer became parents again. Now the two have said yes. Meyer published a picture of the celebration on Instagram. Beaming, she hugs her Joshua in the photo, which she commented on with a heart. Numerous users congratulated in the comments.

The management of the 27-year-old footballer also confirmed to “tz” and “Bild” that the two got married. Pictures had previously been circulating online that allegedly showed Kimmich and Meyer at their wedding. The “Bild” reports from a celebration in a small circle in the hotel “Das Tegernsee”. Only one of the players was present – Serge Gnabry, a friend of Kimmich, whose future at Bayern is still unclear.

In March it became known that Kimmich and Meyer would become parents again. The soccer player “and his partner are expecting their third child these days,” the German Football Association (DFB) announced at the time. “Jo is an absolute family man,” said national coach Hansi Flick in a statement. Kimmich’s management then confirmed the happy news of the birth of the third baby in early April and stated that the family is doing well.

In October 2020, his club, FC Bayern Munich, tweeted before a game that Kimmich would not play because his girlfriend was expecting “the second child”. The first baby together saw the light of day in the summer of 2019. In April 2020, the athlete told the Munich “Abendzeitung”: “A child gives life a completely different content, there is a completely new task.” Before that, he had mainly focused on his career.