How did it come about and what is behind the LIV Golf Invitational? 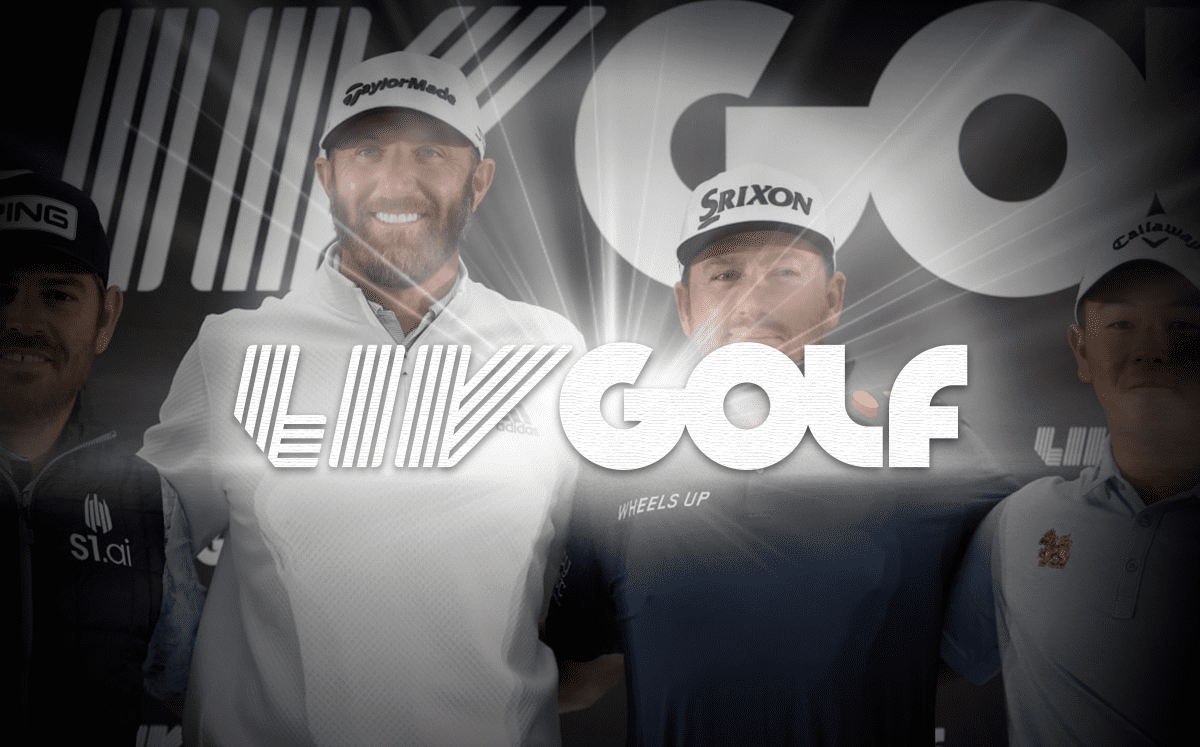 clubs like the Manchester Citythe Paris Saint-Germain or the Tottenham. Great sporting events as evidence of Formula One, MotoGP or the next World Cup. And now, tournaments that break the status quo of their sportas Prime Minister Padel and the newborn LIV Invitational de golf. They all have something in common: the financial support of the Arab countries of the Persian Gulf.

The golf It is the latest stage of the unstoppable offensive of these countries in the sport. An investment of more than 2 billion dollars by the saudi sovereign wealth fund PIF (Public Investment Fund) has given rise to LIV Golf Invitationala circuit with eight appointments planned for this year, ten in 2023 and 14 in 2024 and 2025which intends to win the world hegemony.

with the former golfer Greg Norman as Commissioner and figurehead -Jack Nicklaus, another 18-time Major golf legend, declined to take on that role- and a prize pool of 255 million dollars for this seasonthe new circuit, which disputes its first stop in the Centurion Golf Club London -already in process-, has the Americans Dustin Johnson y Phil MickelsonEnglishmen Ian Poulter y Lee Westwood or the Spanish Sergio García.

The “Shark” Norman went on to aim even higher, to the winner of 15 majors Tiger Woodsto which they would have offered a “nine-digit” figure; namely, close to a billion dollarsto join the new tournament, as revealed by the commissioner of the LIV Golf Invitational al Washington Post estadunidense.

On his first stop in Londonthe LIV will distribute 25 million dollars (23 million euros), of which 4 million dollars will go to the winnersurpassing the 3.6 million ‘Players Championship’ or the 2.7 million mastersor the approximately two million in which the prize for the winner of the US Open and the British Open.

The reaction of the american circuit (PGA) has been suspend all 17 golfers participating in London and some who plan to join the next tournaments; but It remains to be seen if the big tournaments accept them organized by entities that are not the PGAAs the US Open and the British Open (The Masters of Augusta has already been disputed).

It wasn’t long ago that another sport was rocked by a similar earthquake: the Premier Padel circuit -organized by the International Padel Federation and financed by Qatar Sports Investments, owner of Paris Saint-Germain- made its appearance at the beginning of the year promising a prize pool of 525 thousand euros in its four main tournaments, superior to that offered by the World Padel Tourthe predominant world circuit during the last decade, organized by the Spanish company Setpoint Events.

The new tournament featured the professional players association support (PPA, for its acronym in English) that brings together almost a hundred players, and many of the main figures of the men’s circuit have participated in the two contested stops until the time of the new competition, in Doha (Qatar) and Roma (Italy), with the next scheduled for the slopes of Roland Garros in Paris (France), between July 11 and 17, at the same time as they have continued to compete on the World Padel TourDespite the warnings and complaints from your organizer regarding the incompatibilities that they have signed by contract.

These two tournaments are not, far from it, an exceptional note, but rather formas part of a sports policy dating back more than a decade. The bottom Qatari sovereign took over Paris Saint-Germain football in 2011 for a figure that seems ridiculous today: €50 millionbut it is estimated that has invested more than one thousand 400 million euros in transfers since then, according to the CIES Football Observatory.

Three years earlier, in 2008, Abu Dhabi United Group was made of Manchester City for 200 million pounds (247 million euros at the time), and since then He has spent more than 1.7 billion euros on transfers, according to CIES. The skyblue club is now part of the conglomerate City Football Groupto which they belong Melbourne Citythe New York Cityand with shares in the Girona Spanish or the Yokohama Marinos Japanese, among other clubs. Qatar will also be the oorganizer of the next World Cupwith a revolutionary change in the calendar, since it will be played between November and December.

The Newcastle It is the last great club acquired by a sovereign fund of the Persian Gulf, in this case PIF, the same one that finances the LIV Invitational de golf, that he disbursed in October 300 million pounds (340 million euros) to take over the club of the magpies, to which he added another 100 million to sign reinforcements in the winter market, with which he managed to maintain the category in the Premier League.

What are they looking for in sport?

“Sport transcends borders, you can do a very natural diplomatic and international relations management through sportand with sport you don’t have to explain anything. I think that the countries of the Persian Gulf are the ones that have understood it bestand it makes me very angry that in Spain we do not understand it so well”, Sobrino reflected.

Unlike Qatarwhich has been “since 1995 creating an international positioning strategy with investment in major sporting events”, recalls Xavier Ginestaprofessor of sports marketing at the University of Vic, Saudi Arabia has implemented this policy more recentlynot only with him LIV Invitational de golf or the Newcastlebut also with the Supercups of Spain and Italy.

“Saudi Arabia has a geostrategic need for international positioningknows that it is not an internationally approved democracy, and is doing what some call ‘sportwashing’but I don’t know to what extent there is a premeditated strategy like that of Qatar, which was linked to making its economy less dependent on hydrocarbons. I don’t see this in Saudi Arabia,” he analyzed. Broom.

This is not an original strategy, since many countries in contemporary history have used sport as a way to gain international legitimacy:Even the Franco regime in Spain tried to do the same. From 1960 they see that it can be interesting to organize sporting events. Spain did not play the final of the 1960 European Championship because it was against the Soviet Unionbut later he organized the final phase of 1964 and won it, precisely the USSR, and in 1965 presented a candidacy for the 1972 Games. Then came the 1982 World Cup,” he explained. John Anthony SimonProfessor of Sports History at the INEF in Madrid.

A long-term process that could be taking a qualitative leap in recent months with the examples of paddle tennis or golfsince the strategy has gone from funding clubs or hosting big events to create new competitions that substantially alter the competitive structure of your sport.

For Javier Nephewthis step may have been taken, because they are sports with competitions that are not so deeply rooted: “Padel is a good example, it is a growing sportthe WPT is the international circuit, but it is not as consolidated as the ‘Champions League’ or the Grand Slam of tennis I don’t see these countries creating a tennis tournament that competes with a Grand Slam, for example.”

added Broom what: “If you break the status quo of the discipline where you are investing, you become the benchmark. PSG did not break the status quo by buying Neymar for 222 million euros from Barcelona? At that time, a superinflation was generated in soccer that harms to all those who cannot carry out capital increases”.

The danger of these new competitions or clubs it may be the dependency on these big financiersas was the case with the wave of Chinese tycoons who bought clubs at the end of the first decade of the 21st century, and then they were withdrawn as the Chinese government was limiting investments abroad.

“It’s completely different, because in that case it was not the Chinese state, but Chinese businessmen investinghere they are sovereign wealth funds”, put Sobrino in context.

However, both experts consider that this trend will go further: What could be the next sport to experience a disruption with Arab financing?… “cycling can be a case, now they are coming in with teamsbut the day after tomorrow they can create ad hoc competitions”, concluded Javier Nephew.

With information from Miguel Ángel Moreno.