Draw for the A2 softball girls 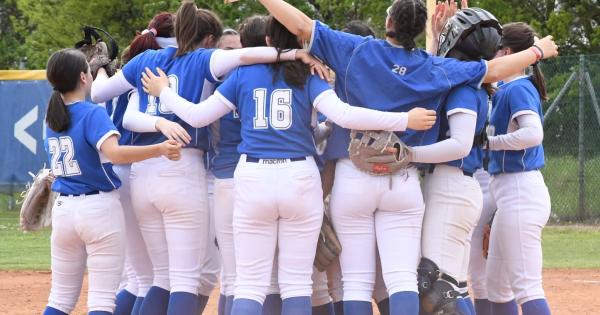 ROVIGO – Two-sided performance for the girls of the Baseball Softball Club Rovigo in the last round of Serie A2 softball played last Saturday. A draw has arrived on the home diamond of Tassina against New Bologna which perhaps complicates the rossoblù path towards a daring qualification: hopes remain alive anyway and are linked above all to the four games (including recoveries) scheduled against Lucca in mid-July.

In race one the Polesane have struggled more than expected, suffering a lot from the aggressiveness of the opposing pitcher. Under 8-0, the reaction came in the fifth inning in conjunction with the change of guests on the platform: but the four points found by Amato, Begu, Bernardi and Avanzi were only a flash in the pan, so much so that in the final the Bolognese they brought four other players home, closing the dispute at 12-4.

The rossoblù test in race two. The departure of the guests was still aggressive, immediately finalized twice. Then Sovak from the platform indicated the right course to the teammates who, inning after inning, got into gear by putting in the final two rounds that made up the 9-2 victory: in the fifth the points of Amato, Servello, Bernardi and Zielinska, in sixth those signed by Silvoni, again Amato, Russo and Avanzi.

In the ranking of Group B the “Girls” from Rodigo remain in fourth place alongside Castionese. To continue chasing the playoff dream, a full success against Chieti next weekend will be needed, and then play the “all-in” on the diamond of the New Panthers Lucca.

A row of victories for the Adriatic Lng youth teams engaged last weekend in the competitions valid for their respective championships. In Ponzano Veneto the Under 18 of baseball won with a score of 11-5. Even wider the affirmation of the Under 14 rossoblù on the diamond of the Polisportiva Azzurra of Villafranca di Verona: 22-7 the final. The same confrontation was also staged for the Under 12 category, with a 17-3 victory from Rovigo. Clear affirmations also for the softball teams: the Under 18 away team had the better of Vicenza 9-0, while the Under 13 won with a clear 20-6 over Padova. The Cadets of Serie C in baseball are also exulting, winning 6-3 over Castenaso.