Double blow for Diego Schwartzman in Eastbourne, England: Valuable belongings were stolen from his hotel and he lost in the tournament Diego Schwartzmanthe best South American tennis player in the ranking (15th), lived extremely ungrateful moments During his short stay in Eastbourne, the British coastal city to which he traveled to play the last ATP before Wimbledon, the third Grand Slam of the season, which will begin next Monday. The man from Buenos Aires suffered a double blow: because he lost in his debut in the tournament, but above all because suffered a robbery of important belongings in the hotel room.

As published by the newspaper The GuardianPolice attended the Hydro Hotel in Eastbourne on Monday night, where both Schwartzman and his Spanish colleague Pedro Martinez had valuable belongings stolen from their rooms. “When I got to the room I realized that my watch was not there. I searched the entire room, it wasn’t there and when I went to the reception to tell the people there, then Diego (Schwartzman) came 15 minutes later to say the same thing”, declared Martínez, number 49 in the world ranking.

THE NATION confirmed that Schwartzman fared even worse than Martínez, because they stole from the travel backpack cash, credit cards, a watch, and a passport with a US visa. Now, instead of preparing his performance at Wimbledon, El Peque will have to take some time in London to go to the Argentine embassy to process the new documentation. The Eastbourne hotel, for the moment, is not responsible for what happened.

According to The GuardianSussex Police confirmed reports of the two burglaries, stating that “several high-value items including watches and bags were stolen, along with cash and some personal items.” Although the investigation is ongoing, Martinez admitted to the British newspaper that he does not expect the items to be recovered from him. “I think it is very difficult. They had no cameras in the hallways. It was a watch. I’ve had it for a year and a half. I bought it when I made the third round at Roland Garros for the first time. It was sentimental, yes, because it was from there. But what can I do?”.

In the strictly sporting and carrying the weight and concern caused by theft in a foreign country, Schwartzman today he appeared at the tournament to face the British Jack Draper (108th in the world, received an invitation) and, for the round of 16, lost 7-5 and 7-6 (7-3), in two hours and three minutes. The 29-year-old Argentine had reached the ATP 250 in Eastbourne after losing in the first round at Queen’s to American Sam Querrey.

read more  Converse tennis: new designs that have the comfort you were wanting

Now he will move to London with part of his team to try to focus on Wimbledon, where he has already performed six times (in 2019 and 2021 he reached the third round). the little one will be one of the two pre-classified Argentines in the main draw at the All England (will be 12th). The other player from our country who will have pre-classification will be Sebastian Baez (36th), who today lost in the second round of the Mallorca ATP against the German Daniel Altmaier (64th) by 6-2, 2-6 and 6-4. Báez, who this year won his first ATP title (in Estoril) will be the 32nd seed on the British turf. 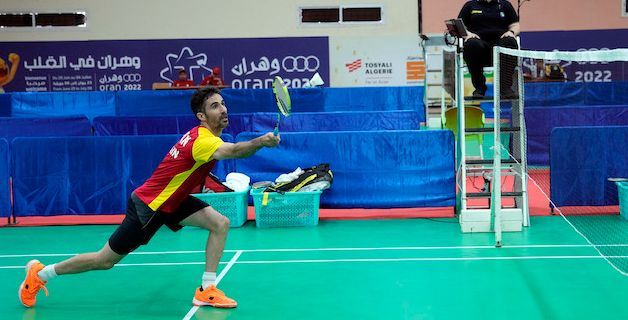