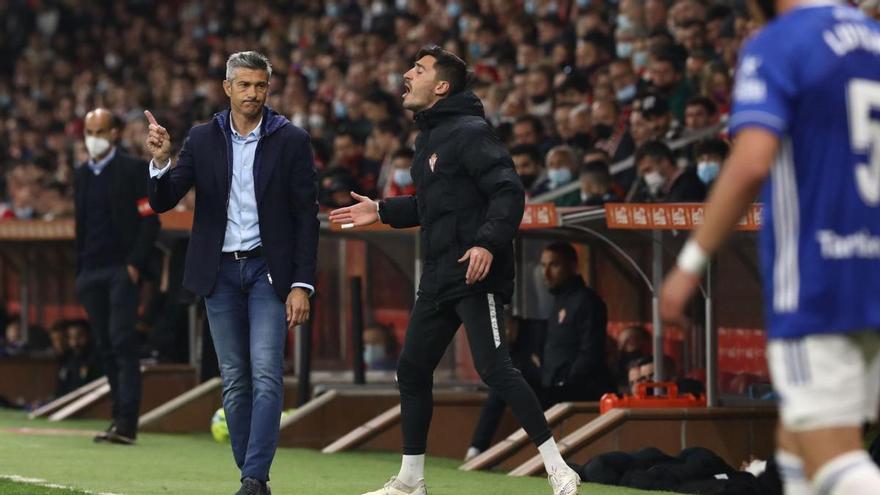 José Luis Martí He still can’t find the key in the Sporting. The defeat in the derby leaves the rojiblanco coach as another of the great victims in a final stretch of the competition in which he aspired to make numbers to continue next season. The result leaves the descent to seven points and already places the defeats in the eight games led by the Balearic at four. He has only managed to win one of them: Cartagena. His position does not seem to be in danger for the visit to Almería, but his credit seems exhausted.

Sporting has not found the shock expected in the arrival of Martí. The numbers show that the team’s problems have continued, continuing the bad run that led to the dismissal of David Gallego from the bench. If the Catalan managed to chain a victory and five draws in thirteen disputed days, the current figures of the team are at very similar rates. In danger, a permanence that a fortnight ago began to appear as practically done and that can get complicated.

Sporting will visit Almería next Monday, one of the roosters in the category, after seeing how Amorebieta cut the gap. The Basques now mark the relegation zone, awaiting today’s result between Girona and Sanse, and the next day they will visit the Real Sociedad subsidiary. With six days to go until the end of the competition, the people from Gijon need to continue adding to not end up being a victim of their qualifying burdens.

Sporting’s new sports project continues without a clear tenant for the bench and with many pending looks in recent days. Javi Rico is looking for a new technical secretary based on Javier Fernández’s decision to give him continuity at the head of the sports management, but in football everything is changing. Much more in the spiral of results and image in which the Gijón team is immersed, with a final chapter in El Molinón that showed the boredom of many fans.

The end of the match against Oviedo also gave way for more than the incidents on the pitch. El Molinón pointed to the box, with shouts of “resignation directive” especially from the north end. In the south end, those who were singled out were the soccer players, with chants of “that shirt, you don’t deserve it.”