Misconduct | What memories do you have of an event experienced at the Olympic Stadium? 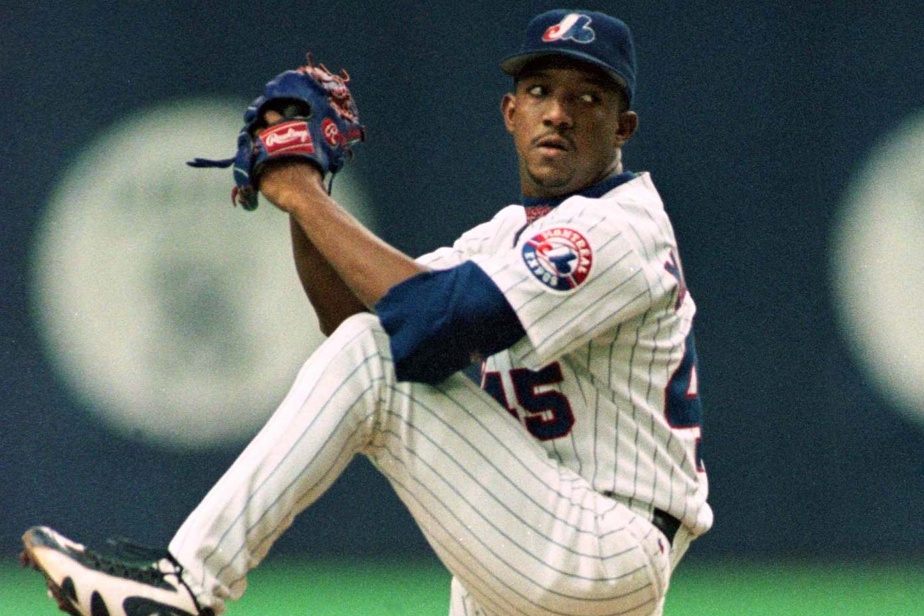 Every week, journalists from Sports de The Press answer a question with pleasure, and also a little insolence

And you, what memories do you have of an event at the Olympic Stadium?

It’s not a match in particular, but the end of the 1997 season in general. It’s the year of Pedro Martinez’s Cy-Young, but more importantly, of his run to the first 300 strikeout season in Expos history. My friend Mitcher and I made about fifteen “K” signs that we hung on the railing in the left field bleachers. We tried to watch every Martinez start at home, and every strikeout he recorded, we added a “K”. But what really makes it my best memory is that during one of those matches, I met two guys, Dave and Stéphane, guys my age, from my neighborhood, but whom I didn’t know (Dave lived even a block away from my house!). Years later, Stéphane, Dave, Mitcher and I are still members of the Expos, a team of the glorious Encore League. A team to which was added, three years ago, our colleague Olivier de Grosbois, our temporary sports division manager. No one has better uniforms than our blue 1980s Expos shirts.

I was 14 years old and I was already playing journalists. I had been able to establish a first contact with some Concordes players (the name of the football team after the death of the Alouettes) during the presentation of the team at Complexe Desjardins, and I had subsequently begged the director of team communications at the time, Richard Prieur, for giving me the chance to visit other players for new interviews on behalf of my school’s newspaper, Collège Beaubois. Players recognized me and they probably thought it was nice to see a 4’8″, 80 lb boy taking his role as a journalist so seriously. The Concordes had given me a passion for journalism and I never missed any of their matches at the Olympic Stadium. After each game, an offensive and defensive player par excellence was named. He went up to the first level of the Stadium to meet the fans by a tiny elevator. My challenge after each game was to get into the locker room, like real journalists. But one of the players “sympathetic” to my cause had to stand out during the match. So, if that was the case, I could go down with him in the elevator to enter the famous locker room! Until the day when the head coach, Joe Galat, signed me on a tiny piece of paper a permission to enter it at my leisure! Thanks to my best contacts, Vince Phason, Dwayne Wilson, Aaron Hill and Brian DeRoo, for these great visits…

We’ll tell each other, the last time Montreal had a real chance of winning a championship, it wasn’t last summer with the Canadiens in the Stanley Cup final against a too strong Lightning. No, the last time was in 2015, at the Olympic Stadium. The Montreal Impact had the opportunity to do what no MLS club has done to date: win the CONCACAF Champions League. There were 61,004 people at the Stadium on the evening of April 29, 2015 to see the Impact face Club América, from Mexico. I was there with my girlfriend, my brother-in-law, my father-in-law and a family friend. Our seats were at the top of the lower bowl, just below the upper. During the first goal of the game, that of Andrés Romero for the Impact in the eighth minute, I remember hoping that the concrete above our heads would hold. There were these Montreal supporters surrounding a fan of the opposing team, all three with masks of fighters mexicans. I captured them and posted my snap on Instagram. “It was a hot fight! “, I wrote, far from suspecting that I would end up quoting this moribund joke in the newspaper The Press. The ferocious Club América eventually rolled out. Three Mexican goals in quick succession between the 50e minute and the 67e, pif paf pouf, and it was over for Montreal hopefuls. But the memory remains, even if I was not present for one of the greatest sporting moments ever experienced in this forum: the goal of Cameron Porter, in the quarter-finals, the previous month.

I probably shouldn’t write this, but here it is: my best memories of the Stadium are when we used to go, me and the friends, to play baseball there. Not in an organized league there, but on the sly, and completely illegally. It was the early 1980s, and the concept of security didn’t really exist, so myself and friends (hi, Pat Poliseno, hi, Steph Savard!), we entered through the garage, then left, through the heating room. From there, we picked up the balls that were lying on the ground in the pitchers’ cage located in the garage, and then we went out onto the field, squarely, to hit and throw balls. We did this one summer time, when the Expos were on the road. We ended up getting caught by security guards, and once in the office, the supervisor, feeling sorry for us, asked us why we were doing this, and how he could help us spend our time better. I told him that I would like to play football for the Alouettes. He gave me a number, I left a message. I’m still waiting to be called back.

May 12, 2012. No less than 60,080 people gathered at the Olympic Stadium to welcome English legend David Beckham. I was there with my family and my soccer team and it remains in my mind the moment when I understood how fortunate we were to have a member team of the MLS. I followed soccer a lot in my youth and the big names in soccer like Beckham, Drogba, Zidane, Kaka, Henry and Ronaldinho were larger than life, even inaccessible. So seeing Beckham and his pink shoes in Montreal, against the Impact, was surreal. Finally, I had the chance to see one of the greatest stars in the history of soccer at work and we were not disappointed. The atmosphere was heated, the match was hotly contested and Beckham scored from a free kick. An unforgettable memory and a moment of anthology for Quebec soccer that I witnessed and which I will remember for a long time.

I love the Olympic Stadium – more as a sports fan than as a taxpayer, of course. It is a structure that impresses me, as much from the outside, when I walk on its esplanade, as from the inside, given its immensity and its retro side which offers a real journey in time. However, I struggle to find a unique moment that stands out more than others in my memory because, it’s no joke, I always leave satisfied. I can think of a few Expos games when I was young or, more recently, Blue Jays standout games. An Alouettes East final that I attended as a fan and a semi-final that I covered as a reporter. A few Montreal Impact matches, notably one during which Didier Drogba had imposed respect on the opponent. Even the first presentation of the Metro Metro festival had me a little pinch: Snoop Dogg singing in front of the leaning tower, it was very cool. All that’s missing is the Monster Spectacular to add to my list and I’ll be a happy man.

Ironically, my mum, dad and brother, whom I adore nonetheless, were never really into sports. Oh, Denis took me to wrestling a few times, I touched Bret Hart’s belt at the Forum thanks to him, but it was more often my grandfather Jacques who made me live the sport in real life. It was he who gave me my first hockey stick (collectible, signed by Mario Tremblay, but which I destroyed as a child by dint of playing with him. He never held it against me). So my memory of the Stadium is that afternoon watching the Expos with my grandfather. I don’t remember the year, probably 1991. He had bought third base glued tickets, which weren’t meant to be given away at the time. I had brought my old leather “mitte”, a legacy he had given me (and which I still treasure, as a souvenir). I had asked him to trap him the nickname of Andres Galarraga. He had obviously given the correct answer, the “Big Cat”. I replied, gloating at his “mistake”, that his nickname was “Golden Glove”…because that was how his player card was styled after his title from the previous year. He didn’t take me back. Thank you, Grandpa, for the gift of sports.