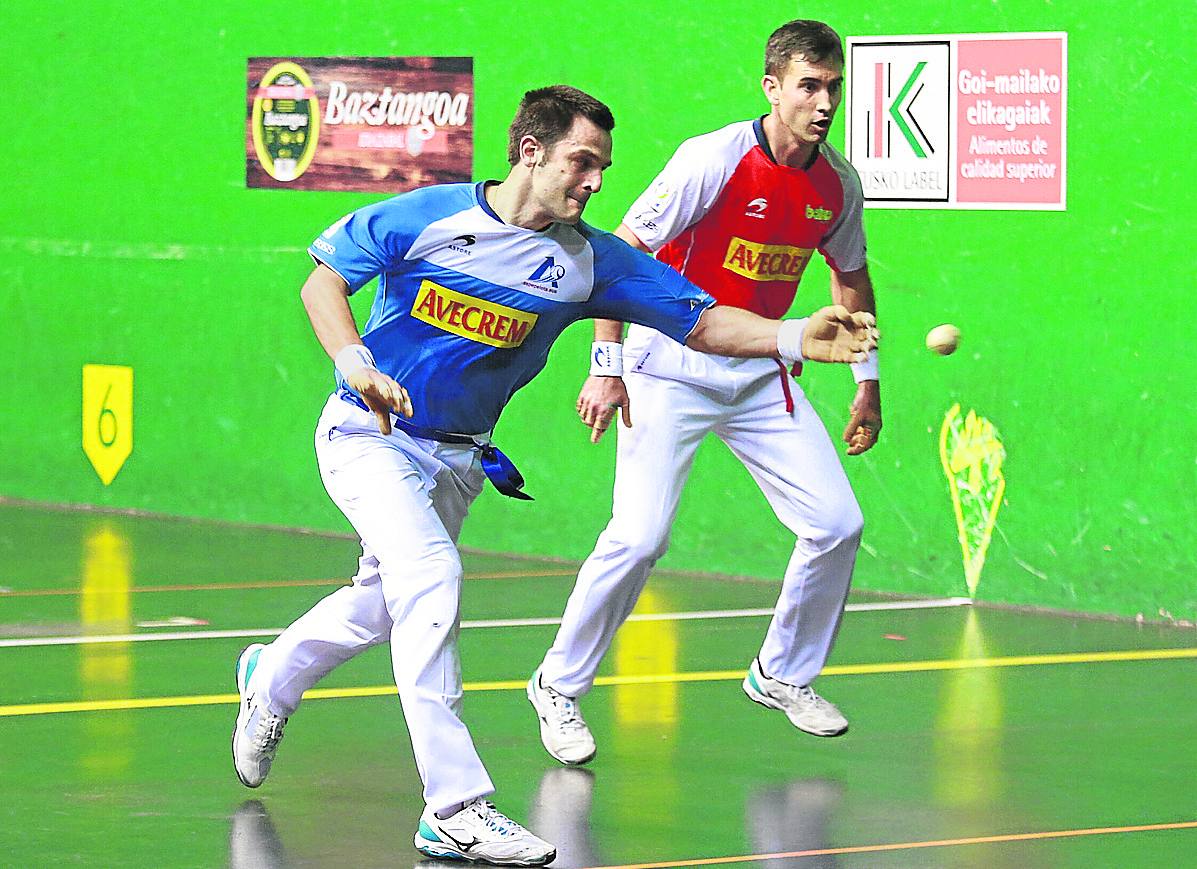 Altuna III and Martija continue to launch their way to the semifinals. Seven victories in the last eight games endorse their feelings with one day left to finish their performance in the Couples league. They will have to wait to see what happens in the rest of the matches because the fight is on fire, but last night they did a good job on the Idiazabal fronton and they are one step closer to getting directly into the the next league. They overcame Peña II and Albisu with great authority, complicating their way to be in the play-offs. They still have a chance because their direct rivals have not played and they are one point away, but Baiko’s men still cannot find their most convincing version and missed their second chance to secure one of the top six places in the standings.

Those who wore colorado started as favorites and settled the match with a partial of 18-0. Their rivals needed to cling to the game from the start to regain confidence little by little, but they gave it their all again. They scored the first goal of the service clash, but the downpour that followed left them without arguments.

The forward from Amezketa moved the ball well and, with the inspiration that characterizes him, shattered the morale of his opponents. Martija helped him with his solidity at the back. Altuna III was intractable in the happy paintings. He had a lot of ball at will because Albisu was a sea of ​​nerves and could not impose his punch. After conceding the first nine goals, the Blues asked for a break to try to break Aspe’s streak, but it was impossible for them.

It wasn’t until the second mandatory break (18-1) that they began to look something like the combination that everyone expected, but at this point in the contest it was too late. They chained a couple of small shots because Peña II played desperately and some shots came out perfect, but they only served to make up the result.

The close fight that presents the lower part of the Couples classification will experience a new chapter this afternoon (5:15 p.m.) at the Bizkaia fronton and at the Labrit. In Miribilla, Urrutikoetxea and Aranguren, sixth in the table, face Elezkano II and Zabaleta, in the midst of fighting to get one of the first two places. In the field of Navarra there will be a direct duel between the last two classified; Ezkurdia-Tolosa against Jaka-Mariezkurrena II. If the first ones lose, they are left with no options to continue.