Home Sport news The Barça, without margin of error in front of the Valencia
Sport news

The Barça, without margin of error in front of the Valencia 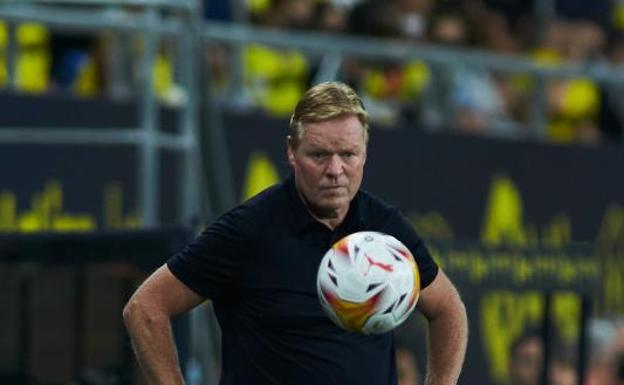 Barça has before it this Sunday the first of the umpteenth finals that it will play after the national team break. The team led by Ronald Koeman is measured at Valencia with the obligation to add three vital points so as not to fall even further in the classification and to calm the waters, too turbulent after a month in which the Catalans have not raised their heads. Win or win, there are no more accounts for the Catalans.

The Camp Nou will host a bipolar team but which for some time now has been determined to show its worst side. Koeman’s men began October leaving behind disappointments against Granada, Cádiz, Bayern, Benfica and Atlético de Madrid and began a sports and institutional crisis that even led to a debate on the traditional style of play of the Blaugranas. For this reason, this game is more than a meeting, it is to know if Barça will know how to overcome to start on the right foot a calendar in which there is no longer any margin of error if it does not want to end the aspirations in the League and Champions too early.

To change the dynamics of results, Koeman will be able to count on Sergio Agüero, already recovered from a tendon injury in the inner calf of his right leg that has had him unprecedented since the start of the season. Kun is the great novelty of a call in which Pedri and Dembélé are not yet present, both in the final stage of their recovery, and neither are Ronald Araujo, injured with Uruguay in the hamstrings of his right leg. With all this, the Dutch coach could bet on an eleven in which Jordi Alba would return to the left side and Dest would regain the right-handed lane. In the center of the field Frenkie De Jong, Busquets and Gavi would take the handle and the doubt would be if Coutinho or Luuk de Jong would complete the eleven together with Memphis Depay and Ansu Fati, who could start for the first time since he returned to the fields of play.

It will not be a simple game for Barça due to the situation it is going through and it will not be an easy game for the rival that will be in front of it. Valencia started the season as a shot but in the last four games they took their foot off the gas and barely managed to add two of the twelve that were at stake. The team led by José Bordalás fell to rivals of substance such as Sevilla, Real Madrid or Athletic and lengthened their depression against Cádiz with a goalless draw before the break that took them out of European positions for the first time so far this season.

Bordalás will seek to assault the Camp Nou with the doubts generated in the last games but recovering key pieces for the Valencia team. Gayà, Carlos Soler and Denis Cheryshev have been able to recover throughout the national team break from the various injuries that they dragged in recent games and may be part of the game for the Alicante coach, something that Alderete will not be able to do due to suspension. The only doubt that the coach manages is the presence of Thierry Rendall, still in discomfort from a muscle injury that has made him miss the last four league games.

In recent seasons, Valencia has become a headache for Barcelona. After a decade in which the Catalans were a roller, the truth is that the Valencians have balanced their forces and have only lost two games of the last seven they have played against the Blaugranas, with two wins and three draws to complete this interval. Especially emotional for the Turia team was the victory in the 2019 Copa del Rey final in which they won 1-2 at the Benito Villamarín Stadium.

Another reason to think that it can be a difficult game for Koeman’s is that the footballer who used to unblock this type of duel is no longer there. Valencia is Leo Messi’s third favorite victim. Against the Mestalla team he scored 31 goals, a figure only surpassed against Atlético de Madrid (32) and Sevilla (38).

Slot is counting on Til and Senesi . on Thursday