Home judo Jonathan Drouin, the pride of a village
judo

Jonathan Drouin, the pride of a village

Huberdeau. Small village in the Laurentians bordered by the Red River. Population: 800 inhabitants. On the main street, we find the Arc-en-ciel elementary school, the Notre-Dame-de-la-Merci church, the A + convenience store and the Aux bons vivant restaurant.

If the tourist attraction is the Calvaire d’Huberdeau, a place of pilgrimage, there is another place of interest for the hockey fan.

• Read also: Norlinder stands out against Ottawa, but …

• Read also: “I only know one way to play” -Alex Belzile

At the corner of rue Principale and rue du Fer-À-Cheval, we stop to discover the outdoor skating rink on the corner. It is named after the local pride, Jonathan Drouin.

On the wooden hut, where young people can warm up to tie their skates, there is a sign with a photo of Drouin and a short message.

“This is where it all started …”

There are evenings when Drouin would probably like to immerse himself in those days. On a day when there was no stress, no waiting. He just felt the sheer bliss of hitting an ice rink with friends.

“We were finishing a game in the AA peewee with the Northern Selects, and after the game, he just wanted to get undressed as quickly as possible and go back to the outdoor rink near his home to play outside with his boyfriends. When you know Jo well, you know he’s a hockey fanatic, an avid fan. “

The man speaking is Benoit Beauchamp. From atom BB level to bantam AA, Beauchamp led Drouin, who shared the same team as his son, Anthony, a keeper.

“Jo’s talent does not come from his father, Serge, or his mother, Brigitte, but from his uncle Paul who was a gifted hockey player. Paul had magical hands and a pretty good build at around 6’1 ”. And when I say that, I don’t mean to insult his parents. Far from there. We’re talking about good people, it’s a great family and their hearts are in the right place. ”

Beauchamp, who is in his early fifties, has the memory of a Gerry Rochon to describe Drouin in his first steps in hockey.

“He ate ice cream, he was always a hockey student,” he says. Serge often accompanied me as an assistant coach. I still have in mind his first career goal in the BB atom. He had caught the puck between two zones and he had rounded the net to beat the goalkeeper with a backhand shot. I had looked at his father to tell him that he was going to have a good season even though he was still a novice age. “

“But the best anecdote is when he was playing in the BB peewee. We were in the regional final. Our small team of the Montagnards de Sainte-Agathe-Mont Tremblant faced Saint-Jérôme. We lost 5 to 2 after two periods. He had scored both goals. I told him he had two lucky goals. I wanted to challenge him a bit. And he answered … We won 7-5. He scored all seven goals, including five in the third period. It gives you an idea of ​​the character of the youngster. “

A smile to win back

At 26, Drouin will reconnect with his CH teammates for the team’s camp after an absence of several weeks for personal reasons. The left winger will speak for the first time about what haunted him with Chantal Machabée on RDS and Renaud Lavoie from TVA Sports, in two separate interviews which will be broadcast tomorrow.

If he had a message for him, Beauchamp, his longtime trainer, would say the following to him.

“Have fun. Final point. I’ve seen him have fun his whole life in hockey. I want to see him again with the same smile as his minor hockey. When he’s having fun, this youngster is invincible. Me, I believe in his return. He has a strong character and such a big heart. ” 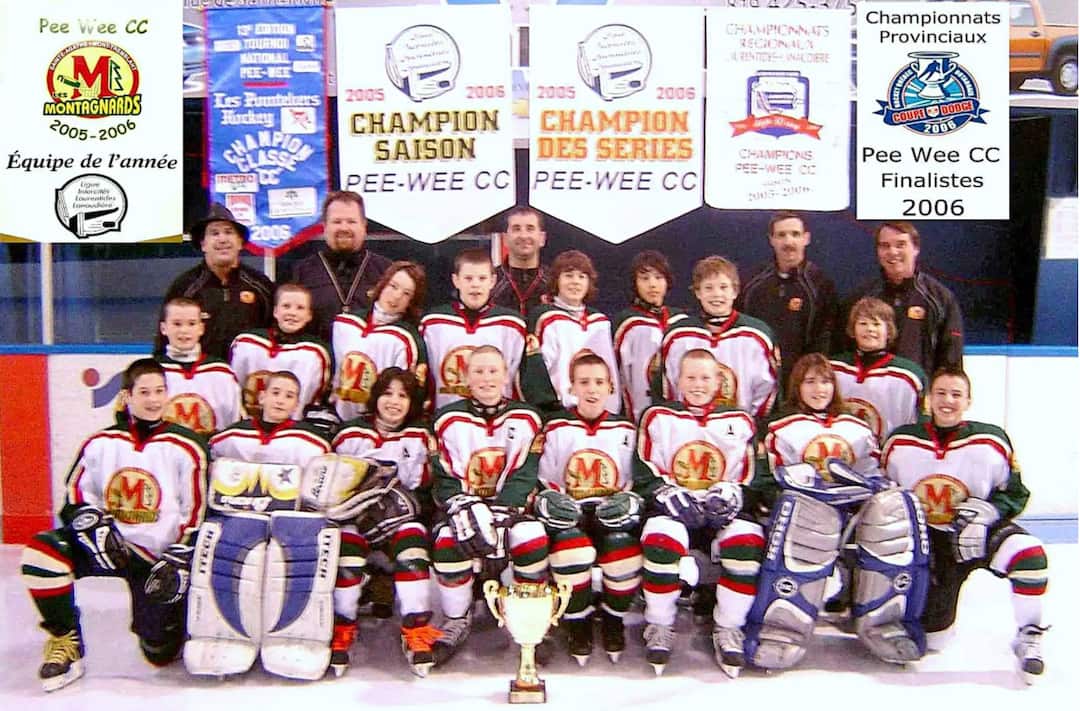 Jon Goyens, who led Drouin for nearly two years with the Lac-Saint-Louis Lions in the Midget AAA, had a similar wish for his former protégé.

“I hope he has his best health and hockey season,” he said. And that he will show his talent and his love for hockey to the city of Montreal. Just by the way he plays on the ice, you will feel his passion for his sport. “

And for Marie-Claire, the convenience store clerk in Huberdeau, it was also about finding peace of mind.

“We just want to see him happy, in life and in hockey. Jonathan is a great source of pride for our village. We will always be there to encourage him. ”

An indisputable love of hockey

Bruno Beauchamp, Jon Goyens and Dominique Ducharme. Between them, they cover the hockey career of Jonathan Drouin of the Motagnards de Ste-Agathe-Mont-Tremblant until the NHL with the Canadiens.

When you talk to the three head coaches, there is one thread that emerges in Drouin’s character and personality: his undeniable passion for his sport. A passion of rare intensity.

“Jonathan is one of the first players with the Lions, not the only one, who really challenged me without saying anything in particular to become better and better prepared as a coach,” noted Goyens, who worked with him in the Midget AAA . He was already studying the game really well and he always wanted to improve. He ate hockey like you eat toast in the morning. After a match, when the majority of the players left, he was still dressed and he returned to the coaches’ office to review attendance or a specific game. He was looking to review his mistakes, as well as his good moves. “

Sitting on a simple chair in the middle of the interview room in Brossard, Ducharme corroborates Goyens’ statements.

“Today, Jonathan is probably the player on our team who watches the most hockey,” said Ducharme, who worked with Drouin with the Halifax Mooseheads in the QMJHL, and for three years with the CH. You can tell him about a player in an X team and he knows him. He’s seen him play before. He doesn’t just watch NHL games. He is passionate. We talk about adversity, he has known it. I see him almost every day. He is in good physical and mental shape. He can’t wait for it to start. I can’t wait to see him on the ice. ”

The “Bono” of hockey

There is sometimes a flip side to too much passion. When an athlete gets too deep in his sport, he can hit the wall when the results aren’t up to par.

“Jo had dominated at all levels before the NHL. He is a second overall pick in the QMJHL by the Mooseheads (2011) and a third overall pick by the Lightning (2013), Ducharme recalled. He faces adversity in the NHL. I see him growing up every year to better manage that. I know he keeps working to be the player he wants to be. But he’s a guy who tries to do so well that sometimes it can work against him. In the sense that too much pressure can be placed. If you think people have high expectations of him, you have to understand that Jo has even higher expectations of himself. ”

In Goyens’ eyes, the 26-year-old left winger has the character to go up the hill.

“Yeah, I’m confident to see him bounce back. People forget that Jo when he arrived in the Midget AAA with Lac St-Louis was an under-the-radar player. He did not yet have great notoriety. It wasn’t the Lions who created Jo, but we helped him. ”

“I was asked the same question for his debut in Montreal. I know the world can say that I was a former coach of Jo in minor hockey and that I was in love with this player. When you play for the Lions, there is pressure. It’s a big market in the Midget AAA, it’s a prestigious team. Afterwards, he played in Halifax in one of the biggest cities in the QMJHL. He was still in the spotlight. ”

After a long answer, Goyens found his breath to go with a strong image.

“Jo has always driven in mini-big markets. He always won. Yes, Montreal is another level. It’s unique in the NHL. A Canadian player is like a rock star. They are hockey “Bonos.”

“I don’t want to describe well what this pressure looks like in Montreal. But there is always an element of adaptation. I hope for Jo that he will succeed. We just want him to be happy and perform to his potential. Me, I think Jo will be correct. He will have a good season. ”

“I feel a huge shock on my head, and there … black-out”: diving into the heart of the clashes at Bollaert

Kemba Walker: “I was waiting for this moment”

Silver World Championships in Lisbon for Fregnan-Corcioni in...

The European athletics championships by country integrated into...

The General Directorate of Sports opens the registration...

The scream of Michela Terranova, champion of Italy...