Knowledge Musona (31) will play for Al-Tai FC next season, which was promoted to the top division in Saudi Arabia. RSC Anderlecht announced this on Monday.

The attacking midfielder, who came over from KV Oostende in 2019, has been loaned to KAS Eupen for the past year and a half. For the club from the East Cantons, he scored nine times in 33 games. In the Purple & White, the Zimbabwe international (27 caps) only scored one goal in ten matches.

Zulte Waregem has his sixth acquisition of the summer mercato with Zinho Gano (27). The striker comes over from KRC Genk and signs a 3-year contract (plus one-year option) at the Gaverbeek. The tall striker does not get to play in Limburg. He was successively loaned to Antwerp and Kortrijk. At Kortrijk he was good for six goals and one assist.

“A definitive transfer provides stability,” Gano said with satisfaction on the club’s website. “It will give me the necessary rest to perform at my best. I am looking forward to my first game for SV Zulte Waregem. The accommodations and the stadium here are top notch. I can’t wait to meet the fans.”

Ousmane Dembélé out of action for four months after knee surgery

Barcelona winger Ousmane Dembélé, who injured himself during the European Championship with the French national team, has undergone successful surgery in Finland for a dislocation of the biceps femoris tendon in the right knee. He will be out of action for about four months, Barca announced.

“Ousmane Dembélé was successfully operated on in Turku (Finland) by Dr. Lasse Lempainen, under the supervision of the club’s medical service,” Barcelona said in a statement.

The 27-year-old Barcelona winger was the offensive joker at Les Bleus at the European Championship. He scored in a friendly against Wales (3-0) in early June and appeared in the two European Championship matches against Germany in Munich (1-0 win) and Hungary in Budapest (1-1), where he was injured .

Dembélé has made 44 appearances for Barca and has scored 11 goals across all competitions since returning from a serious injury in February 2020.

In September 2017, shortly after moving from Borussia Dortmund to Catalonia for around €135 million (including bonuses), he suffered a ruptured biceps femoris tendon in his left thigh.

But in the 2020-21 season, he only had one injury. In December, he missed five games in a row with a minor hamstring strain in his right thigh.

KRC Genk resumes the training sessions slightly later than other first division teams, partly due to the longer absence of a large number of titulars. On Saturday and Sunday, medical and physical tests were on the program for the group of players, which currently has about twenty players. Seven promises start the preparation with the A-squad: Mike Penders, Tuur Rommens, Amine Et Taibi, Lucas Beerten, Wout Coomans, Maarten Swerts and Adnan Abid.

Now that Jere Uronen (Finland) and Patrik Hrošovský (Slovakia) have been eliminated from the European Championship, the holiday can begin for them. Theo Bongonda, Mark McKenzie and Kristian Thorstvedt will also enjoy some extra vacation and will join the group at the end of next week. Paul Onuachu, Junya Ito and the four South Americans who are active on the Copa América join even later. Gerardo Arteaga and Eboué Kouassi will be absent until the beginning of August due to their selection for the Olympic Games.

The first practice match of KRC Genk is on Saturday 3 July, on the field of Eendracht Termien. This is followed by practice matches against Eupen on 7 July and against Utrecht on 10 July. The last practice match is on July 14 in their own stadium against AZ Alkmaar. Afterwards, the delegation will go on a mini-stage to Burgh-Haamstede in Zeeland, where the Supercup against Club Brugge on 17 July is being prepared.

Just before the trip to the training camp in Germany, Beerschot realized a third incoming summer transfer. The Antwerp players hire left back Thibault De Smet (23) for one season from the French first division team Stade Reims. Beerschot also negotiated a purchase option. Former U23 international De Smet was trained at the time at AA Gent, where he also made his professional debut. After a passage at Sint-Truiden, the wing defender ended up at Reims, but he was unable to fully push through there.

Sebastian Rudy will put on the Hoffenheim shirt again next season. The 31-year-old midfielder is already the record holder in the club with 252 Bundesliga matches and linked his fate to the team again on Monday.

Rudy previously played for Hoffenheim from 2010 to 2017 and the past two seasons on a loan basis from Schalke 04. The German is now leaving the relegation and put his scribble at Hoffenheim under a contract until 2023.

“Sebastian and Hoffenheim fit together beautifully and it has grown into a success story that is now being extended,” said sporting director Alexander Rosen. “I’m happy to be back for good and grateful for the trust during all these years,” said Rudy, who has earned 29 caps (a goal) for the national team.

Hoffenheim finished last season in a disappointing eleventh place in the Bundesliga. It opens the new league on August 14 at Augsburg.

La Liga resumes on the weekend of August 14 and 15

The Spanish football league will resume on the weekend of August 14 and 15 and will last until May 22, 2022. This is evident from the official football calendar that the Spanish Football Association (RFEF) announced on Monday.

The final of the Copa del Rey will take place on April 23, 2022. The Spanish Supercup will be played from January 12 to 16, according to the RFEF. After the 2021 Supercup was finished at the La Cartuja stadium in Seville due to the covid pandemic, she will return to Saudi Arabia next year. The Supercup also took place there in 2020.

Athletic Bilbao, the winner of the 2021 edition, will face national champions Atlético Madrid in the first semi-final on January 12. In the second semi-final, FC Barcelona, ​​the winner of the youngest Copa del Rey, and vice-champion Real Madrid will compete against each other.

Charleroi has signed Algerian midfielder Adem Zorgane. The Karolos confirm on Monday that an agreement has been reached with his club Paradoua AC.

The 21-year-old attacking midfielder was good for nine goals and five assists for the Algerian first division in 89 games.

He will join Charleroi after getting his visa. The club did not provide further contract details.

The Iranian football association FFI has broken the contract of national coach Dragan Skocic. The Croat took over from Marc Wilmots last year and is doing well with Iran in the preliminary round of the 2022 World Cup.

Iranian federation president Schabeddin Asisi-Chadem confirmed to national news agency Isna today that 52-year-old Skocic may stay on until the end of the World Cup qualifiers. His contract will be renewed again if he can lead Iran to the final round in Qatar.

In recent weeks, Iran has won four World Cup qualifiers in a row and advanced to the next round as group winner.

Marc Wilmots was Iran’s coach in the second half of 2019, but resigned after six months due to a dispute with the Iranian federation. 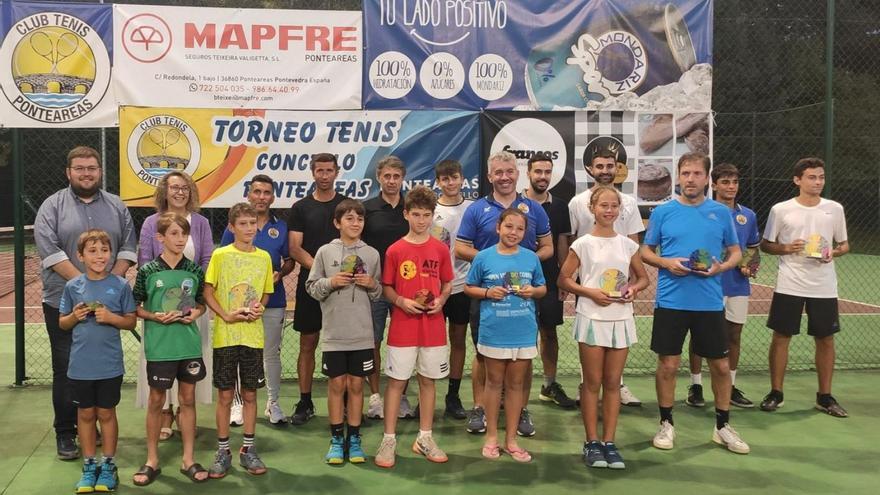 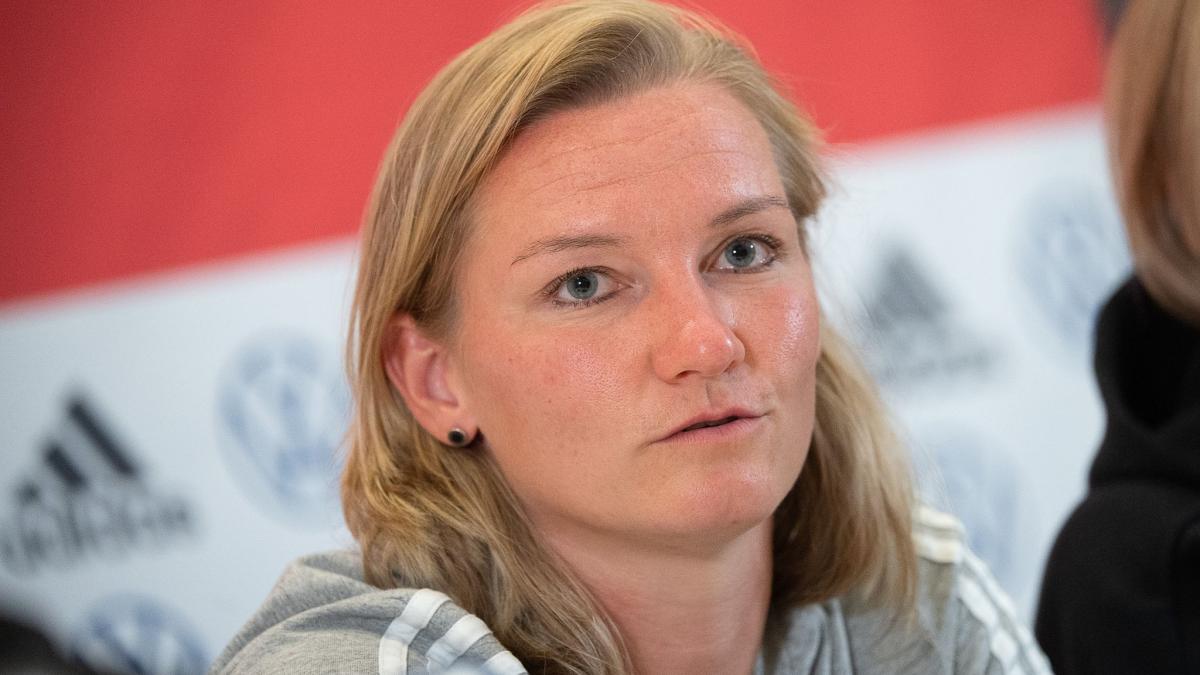